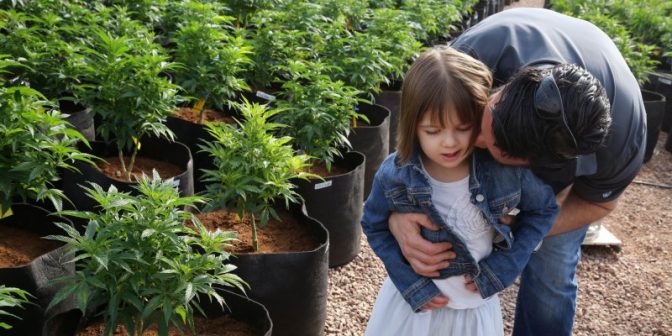 (Era of Wisdom) Boise, Idaho — A step in the right direction (kind of) towards  legalizing cannabis has fortunately been taken in the Northwest.

25 children with severe epilepsy are taking part in an Idaho cannabis oil study that administers strictly CBD oil — oil without THC, and therefore, without the high. While it’s promising that some progress has been made toward legalizing marijuana, in places like Idaho legalization efforts are very strict; CBD oil is now barely allowed, THC is still illegal.

The oil used in the study is called Epidiolex. It’s exactly what you would imagine Big Pharma would do with a gift like cannabis oil; give it a “pharma name” and dilute it, make it ready for the pharmaceutical industry’s paradigm.

Rural America is taking the cannabis paradigm shift a harder than other regions in America, more comfortable with the increasingly inevitable legalization of cannabis.

Marijuana Politics explained: “‘Idaho Is What America Was’ is a statement of pride for citizens of the Gem State who treasure pristine wilderness, Christian values, and conservative politics. Unfortunately, the statement also represents a stubborn clinging to America’s marijuana prohibition that not only defies logic, but defies a simple human compassion for suffering children that all of Idaho’s neighbors have come to recognize.”

Back in April, the governor of Idaho vetoed a bill to legalize strictly CBD cannabis oil for people with a serious medical need for it. He cited “too many questions and problems, and too few answers and solutions to let the bill become law.”

In vetoing that bill, he disappointed parents of children with epilepsy who wanted to treat their children with the non-toxic oil.

In April, one of these mothers said, “I’m very angry and hurt and saddened because there are a lot of kids waiting for this medication, a lot of people waiting. This is the last option for a lot of families and now we’re faced with, do we become criminals to help our children?”

According to a local news article about the April vetol, “Holli Bunderson’s six-year-old son Scout has been suffering through seizures since he was just 10 months old. Scout has been struggling with a brain disorder called cortical dysplasia since he was born. It causes seizures, as many as 20 a day, and two years ago, he was also diagnosed with autism.”

Is this going to be a fruitful study and step in the right direction, the direction of helping families who need to treat children with the right medicine?

Or, is Epidiolex a pharmaceutical corruption of true cannabis oil?