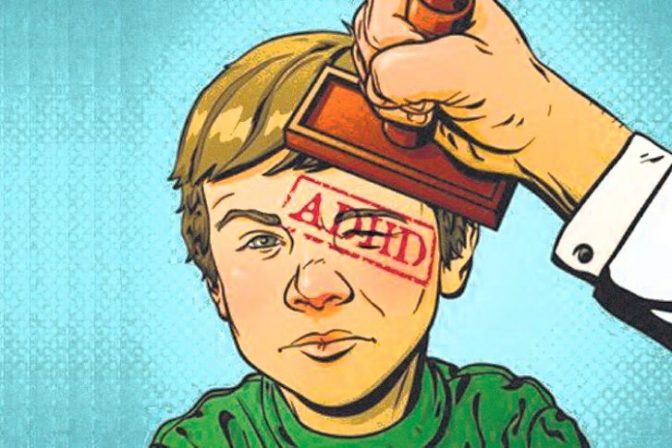 We really just don’t know what the long-term, generational effects of such widespread use of ADHD medications will be on our society and the individuals who’ve been taking these meds their whole lives. There have never been long-term studies because the medications have not been around for very long, yet the FDA and Big Pharma are perfectly comfortable pushing these pills onto the public.

The truth is that they do not want people to be healthy and free of dependency on pharmaceuticals, they want customers and cash flow and don’t care if children as young as one year old are being put on these drugs.

If these institutions actually cared for our well-being and welfare, they would undoubtedly strive to put as few people as possible on these meds. They would especially refuse to give these  to children without thoroughly examining all options and possibilities before introducing prescription speed to alter the behavior of kids who don’t seem to adapt well to the modern schooling environment.

If they really cared for our welfare, they would demand that before any child is given these medications they were given the opportunity to try out and explore natural, non-chemical alternatives. We have plenty of evidence suggesting that common sense alternatives work well to positively influence the behavior of school children, and here are three that we know work well.

The most common sense, natural solution to inattentive behavior in school children may be the basic idea of giving children more time to free play and to engage their bodies in physical activity. It’s such a simple notion in such unusual times that it actually sounds revolutionary, and several schools in Texas are being hailed for trying a new program which solves behavioral problems by doing nothing more than allowing children to play outside more often during the school day.

“According to Today, the Eagle Mountain Elementary in Fort Worth, Texas, has been giving kindergarten and first-grade students two 15-minute recess breaks every morning and two 15-minute breaks every afternoon to go play outside. At first teachers were worried about losing the classroom time and being able to cover all the material they needed with what was left, but now that the experiment has been going on for about five months, teachers say the kids are actually learning more because they’re better able to focus in class and pay attention without fidgeting.” [Source]

In 2016, an elementary school in West Baltimore made international news for replacing detention with meditation and reporting incredible results. Behavioral complaints against a student is typically the basis for referring a child to an ADHD specialist, and in this case, meditation improved overall behavior at the school.

“Instead of punishing them or sending them to the principal’s office, administrators will now be sending children to “the mindful moment room” where they will be able to meditate and wind down. The new policy has been in place for over a year, and in the time that the meditation room has been set up, there has actually been no suspensions throughout the entire year.” [Source]

Yoga and Tai Chi as forms of exercise is incredibly powerful at strengthening the mind-body connections. In-school programs could easily adopt these simple practices to give their students a chance at deepening the connection with themselves before pushing them onto medications.

In 2003, a study published in the journal Adolescence looked at how regular massages for 20 minutes twice a week could improve behaviour in the classroom. This is interesting because studies have also suggested that tai chi and yoga may also help improve ADHD symptoms. According to the studies, children with ADHD that practiced tai chi became less anxious or hyperactive. (source)

If these three ideas were implemented in schools, giving parents and kids a better way of helping children to adapt to the rigorous schooling environment, then we would no doubt save many from a lifetime of addiction to pharmaceuticals and the unintended consequences that will surely surface as this generation grows into the next.

This article (3 Proven Things Schools Can Do to Curb the ADHD Epidemic Without Prescribing Drugs to Kids) was originally created and published by Waking Times and is published here under a Creative Commons license with attribution to Alex Pietrowski and WakingTimes.com. It may be re-posted freely with proper attribution, author bio, and this copyright statement.