3 Reasons Why Our Awakening Will Have Nothing To Do With, Or Result In A Revolution 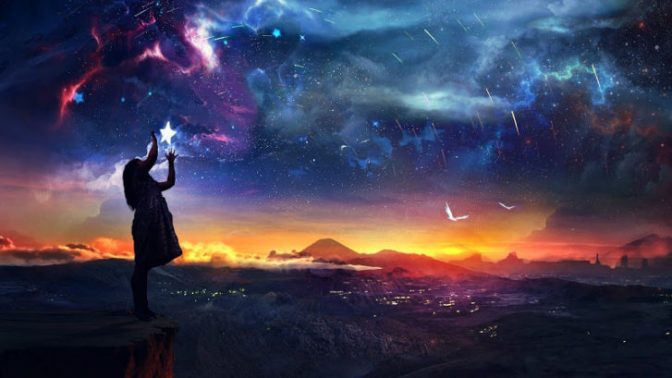 The non-sociological definition of a revolution and the one most people are familiar with is “the forcible overthrow and thorough replacement of an established government or political system by the people governed.”

If you ask most people involved in the truth and freedom movement, they’ll likely tell you that a coming revolution of this kind is inevitable.

However, there are many reasons why the majority of the world will not move in this direction… here are three reasons why.

The political events that have recently transpired are giving us a glimpse of dramatic acts which have sparked a cascade of protests and unrest.

Although the superficial impression portrayed by the media is violence and chaos, there is so much more occurring.

Collective consciousness has finally penetrated through the false paradigm of our society. The power of the people in unified purpose is now dictating the pace to prevent further oppression and suppression of truth.

People are realizing that they do not have to comply with government and their outrageous lies and deceit.

They are realizing that the only way for a sustainable future to exist is to self-govern and release the old conventional mentality of a government ruling the people since it never really was about people ruling their government.

More people are learning to turn off their televisions, think for themselves, question authority, get out of debt, meditate, start their own garden, reduce stress, etc.

The trauma from this awakening is indeed causing a major shift as these revelations arise and the global populace changes thinking patterns that have kept them enslaved for thousands of years.

There are moral reasons of course why many people are generally complying more with community practices that relate to experiences linked to respect, fairness and reasonable expectations in stability of mind and body.

We will see more chaos ensue in the coming months, but over the next few years, millions will rally for peace and freedom in non-violent international meditations and the promotion of non-compliance.

People will simply understand that government is not the answer and never will be.

Multitudes all over the globe will work toward the betterment of their communities, their countries, their world in a way that has nothing to do with possessions, rules and restrictions and everything to do with unity, spirit, compassion and caring.

2. The Age of Lies and Deceit is Over

Energy planes acting on the Earth though solar activity and collective consciousness are enabling telepathic connections. Every human being will soon have the ability to communicate with each other with less words.

It is happening right now. There will be no more lies and the end of worldwide deception as true human history comes to light.

All children and adults will have access to schooling that reflects universal truths. Agriculture will be in accordance with Nature, treatment of food animals humane, and nutritious food in abundance for every soul on the planet.

Free energy sources will be implemented and the use of fossil fuels ended, and proper health care will be the right of all peoples. Legal, judicial and penal systems will be reformed, injustices corrected, all types of slave trade ended, and women honored instead of relegated to possessions.

The control of media will cease; so will all types of pollution, and environmental destruction.

This monumental undertaking — no less than the transformation of a third density world and the spiritual renewal of its civilization! — is happening with unprecedented speed and assistance, unique in the universe, not only on Earth.

All these things will not be implemented or controlled by large governments but by people working in communities until these principles are translated to larger cities, states and eventually nations, simultaneously and peacefully transforming government as we know it.

The Earth is quickly moving towards a Golden Age of global healing. This may be difficult for many to comprehend while the world struggles to break free from this old and very controlled paradigm, but every single person living on earth has a role that they will play out with their unique abilities, gifts and skills.

We all have a purpose and the only way to discover them are by following our passion, inspiration and joy.

We can respond with great fear or with great love. We will no longer have linear minds moving forward so we must prepare our bodies for their new energy. Our hearts hold the key in finding our direct connection to the earth and the universe.

A time on earth is soon coming where we will experience such chaos that it will be necessary for agents of calm to act as leaders to help humanity through this phase.

We will dispel the negativity of despair in the people who are uninformed simply by living our in this manner. We are the change and as we change, so will others regardless of what is happening around them. This is not preaching or being hypothetical.

This is how the universe works. It has no choice but to respond to the collective consciousness which is now shining a light that is permeating through every human being on the planet.

Family members, friends and colleagues who you think are reluctant to accept whatever doesn’t fit into their ideas and beliefs will soon see act on a different perspective and have a respect for others like they never have before.

This mode of thinking will change entire governments and international economic systems to the point where they must be dismantled. They cannot exist in the same plane of existence as those who are ascending their consciousness to include more light and love.

It would be like trying to fill a swimming pool with only one glass of water. It is impossible. Think of humanity and our minds as the swimming pool and there is now a need to have it filled with water.

The government, controlled media, and corporate mindset is only offering a glass of water, so change is inevitable since our minds can no longer be satisfied with just a glass.

The purpose of those facilitating this process has always been to offer spiritual guidance and enlightenment about this transitional period as Earth ascends out of third density and approaches her Golden Age, where we will take our rightful place as members of our universal family.

The end of the world, endless violent confrontations and revolutions are simply humanity’s projection of our current state of consciousness mixed with the slow and gradual release of the old paradigm.

This phase will come to an end rather abruptly in the coming years and what humanity has been striving to achieve will soon be realized thereafter.

About the author: Michael Forrester is a spiritual counselor and is a practicing motivational speaker for corporations in Japan, Canada and the United States.