4 Huge Benefits Of An Undisturbed First Hour After Birth 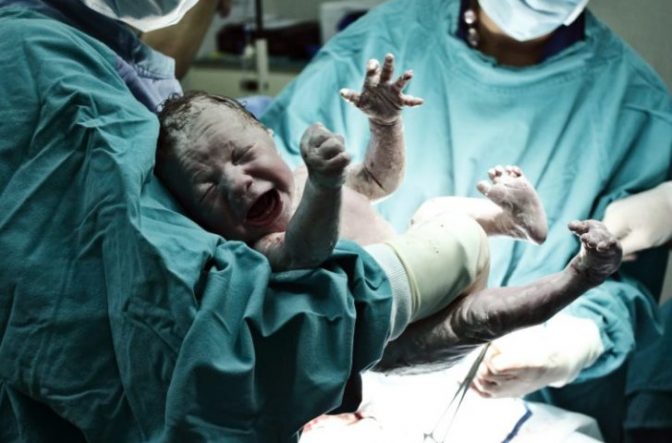 The first hours after a baby is welcomed into the world may have short- and long-term consequences. Evidence has shown that newborns who are placed skin to skin with their mothers immediately after birth have better respiratory, temperature, and glucose stability, and significantly less crying that stipulates less stress.

Because the first hour after birth is so momentous, we have named it “The Sacred Hour” at our hospital, explains Raylene Phillips, MD.

What might the first moments after birth be like for the newborn infant? If a fetus has been fortunate enough to spend his fully allotted 266 days in the womb since conception, he has had the luxury of having all his emerging developmental needs met. The uterus and the placenta have provided warmth, protection, nutrition and oxygen, as well as close and continual proximity to the mother’s heart and voice, Phillips continues.

The unborn fetus finds the womb a natural habitat, and so, when entering the world after birth, the mother’s body and breasts take over the function of the uterus and placenta. Along with providing such things as nutrition and warmth, the close proximity ensures protection and familiarity to the mother. The newborn’s new natural habitat is being skin to skin with the mother.

The benefits of skin-to-skin contact between a newborn infant and its mother have various benefits, including improved physiologic stability for both mother and baby Â immediately following birth, increased maternal attachment behaviors, protection against the negative effects of maternal infant separation, and more.

This is why it’s essential babies and their mothers receive an undisturbed first hour immediately following birth. There should be a warm blanket placed over both mother and baby to slow the production of the adrenaline hormone in her to avoid interference with oxytocin and prolactin hormones being produced. The environment should be quiet.

Here are four things to keep in mind during the first hour after birth:

1. Allow the baby to initiate breastfeeding

Though it’s common for caregivers to want to help with this special process by encouraging the baby to latch onto the nipple, babies instinctually go to their mother’s breast to latch on if given the opportunity. This is referred to as the breast crawl, which was first observed by Swedish researchers in the 1980s.

Babies left skin to skin with their mothers for the first hours following birth have been shown to better control their temperature and respiration, which can then reduce the risk of low blood sugar levels. Newborns aren’t as capable of adjusting their body temperature as older children and adults because they don’t have the same insulating fats.

Called delayed cord camping, in which the umbilical cord stays intact while it is still pulsating, permits the baby to receive additional oxygen through the placenta. This is important because the newborn is adjusting to breathing through their lungs at this time.

Being skin to skin after birth allows the mother and baby to begin their bonding sooner. Getting to know each other in a whole new way is a huge shift from the nine months prior, and so meeting each other through this attachment allows for promotion of maternal behavior. This is because oxytocin receptors in a woman’s brain increase during pregnancy, and when her baby is born, she is more responsive to this hormone.