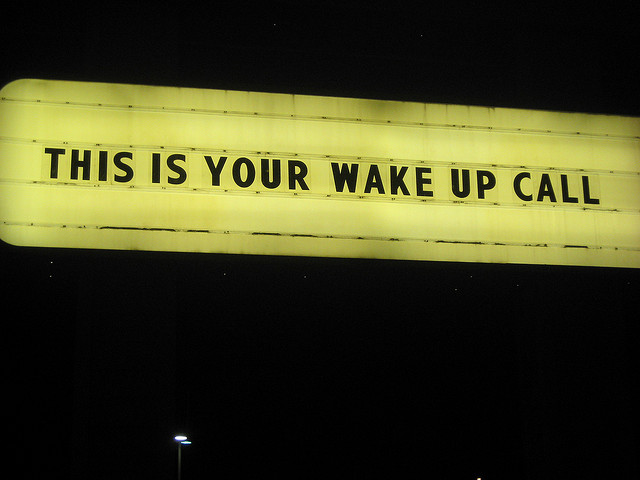 We’ve created a video with 4 different clips about consciousness that will completely change the way you look at the world. In the coming weeks we hope to bring more videos like this to you, so be sure to subscribe to our channel by clicking the button at the end of the article to stay updated on all of our latest uploads.

The first clip is taken from Charlie Chaplin’s 1940 feature film, The Great Dictator, and this cathartic monologue states:

“I’m sorry, but I don’t want to be an emperor. That’s not my business. I don’t want to rule or conquer anyone. I should like to help everyone – if possible – Jew, Gentile – black man – white. We all want to help one another. Human beings are like that. We want to live by each other’s happiness – not by each other’s misery. We don’t want to hate and despise one another. In this world there is room for everyone. And the good earth is rich and can provide for everyone. The way of life can be free and beautiful, but we have lost the way.

Greed has poisoned men’s souls, has barricaded the world with hate, has goose-stepped us into misery and bloodshed. We have developed speed, but we have shut ourselves in. Machinery that gives abundance has left us in want. Our knowledge has made us cynical. Our cleverness, hard and unkind. We think too much and feel too little. More than machinery we need humanity. More than cleverness we need kindness and gentleness. Without these qualities, life will be violent and all will be lost….

The airplane and the radio have brought us closer together. The very nature of these inventions cries out for the goodness in men – cries out for universal brotherhood – for the unity of us all. Even now my voice is reaching millions throughout the world – millions of despairing men, women, and little children – victims of a system that makes men torture and imprison innocent people.

To those who can hear me, I say – do not despair. The misery that is now upon us is but the passing of greed – the bitterness of men who fear the way of human progress. The hate of men will pass, and dictators die, and the power they took from the people will return to the people. And so long as men die, liberty will never perish. …..

Soldiers! don’t give yourselves to brutes – men who despise you – enslave you – who regiment your lives – tell you what to do – what to think and what to feel! Who drill you – diet you – treat you like cattle, use you as cannon fodder. Don’t give yourselves to these unnatural men – machine men with machine minds and machine hearts! You are not machines! You are not cattle! You are men! You have the love of humanity in your hearts! You don’t hate! Only the unloved hate – the unloved and the unnatural! Soldiers! Don’t fight for slavery! Fight for liberty!

Then – in the name of democracy – let us use that power – let us all unite. Let us fight for a new world – a decent world that will give men a chance to work – that will give youth a future and old age a security. By the promise of these things, brutes have risen to power. But they lie! They do not fulfil that promise. They never will!

Watching this video now, especially with the current climate surrounding our world, the lesson we must carry is the notion of finding communion by uniting despite our differences. The tie that binds us all is the desire for love, acceptance, and freedom. When we dissolve the barrier of ego, and see one another for who we really are, we can overpower any obstacle and create the world we wish to see come to fruition.

The second clip comes from My Dinner with Andre, a film from 1981. This conversation is yet another self fulfilling prophetic piece of art. It provokes the question of what “freedom” really means, and forces us to ask the question if we are prisoners, or if we are really are our own wardens?

The third clip is from the film Network, a 1976 movie about a fictional television network.  The central character, Howard Beale “wakes up” and realizes just how messed up things have gotten, and he “is mad as hell, and not going to take it anymore”. This clip segues into the final video which was taken during Dylan Ratigan’s 2003 stand against the corruption of the central banking system. He, like Beale, seemed to have experienced his own awakening, and decided to take a stand by voicing his opinion on just how unethical the current states of affairs has gotten.

When we look to the past, and think about our present, we must analyze our current individual stance on the nature of our reality, so that we can create a better future for the common good.

All of life is thesis, antithesis, and synthesis. Moving forward, if we synthesize the opposing issues we face – we can find a proper balance and harmony that can bring us into a new renaissance. All change comes from within, and once the within is worked on, the without will begin to transform. Look within, identify your purpose, and move forward in confidence. The past gives us clues, the present gives us clarity, and the future will succeed if we proceed from a level of higher consciousness with confidence in our conviction.