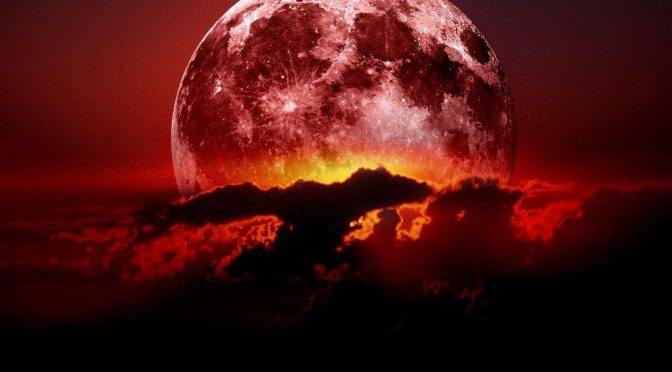 People all over the world are intuitively experiencing a distinct feeling of anticipation, shift, awakening.  A collective awakening has been underway for an undefinable amount of time, but from 2011-2015 it appears to have intensified.

Deep Astrology explains this is partially due to the 2011-2018 Uranus Pluto Square, an aspect similar to the 1965-1969 Uranus Pluto conjunction, an “Awakening Aspect” as Uranus angles are throughout history. As discovery of the consciousness codes of astrology intensify, the code gets more complex, and now astrologers theorize that the outer dwarf planets have a major role in this shift of consciousness.

Since people are feeling the awakening and intuitively aware of the shift, they have to find something to correlate this to; people need something to blame for this energy. While it’s true that many astrological factors are causing this, it’s important to use discernment; to figure out, what is really causing this? A healthy balance of intuition and logic is necessary to know the truth.

Although many more factors are at play, the 4 Tetrad Blood Moons coinciding with the Uranus Pluto square are also extremely significant. Other much more rare astrological events are also occurring in this era of time, notably with the outer dwarf planets (Eris, Makemake, Haumea, Orcus, Quaoar, Ixion).

This article will elaborate on the fact that every single one of these Blood Moons occurred in alignment with a dwarf planet- Haumea and Makemake. Haumea and Makemake are higher powers that intensify intuition and determination in the collective consciousness, as we observed in October 2014.  The significance of these eclipses is the fact that they coincide with ancient Jewish holidays.

What to expect this coming blood moon

In September will feel an intensification of this ‘awakening’, a heightened sense of intuition and perhaps even psychic abilities in those who have that, due to Haumea’s activation via an opposition from Uranus, and then Mercury’s conjunction to Haumea. We will experience a majorly expanded sense of willpower, determination, and passion in September when Jupiter aligns with Orcus to oppose Neptune. This article will go deep into why; a carefully thought out theory for why we will feel this ‘ascension’, and what to expect in September and forward.

In September, the collective consciousness will be endowed with a euphoric, extremely strong determination and willpower to expand and learn, a super heightened sense of intuition, and psychic abilities on the rise because of the Uranus opposition Haumea. Then after September 27th, it will noticeably intensify with the Blood Moon of Makemake.

This alignment with ancient holidays leads people to believe ancient astrologers knew when the most significant eclipses would occur, and the holidays simply served as a signal to pay attention to a given era.

A Blood Moon is by definition a perfect Full Moon; a perfect opposition of the Moon and the Sun with Earth in the middle partially blocking the Sun’s light, making the Moon appear red. This has an effect of setting the stage for a new era of time, creating an imprint of energy that comes to fruition until the next eclipse.

The fact that the eclipses happen on these sacred days is an indication that we’re in an era of shift; all other astrological signs also point to a huge moment of shift.

This article will explain what all of this means.

These are 5 Things you Didn’t Know about the Final Blood Moon.

1. It Occurs in Exact Alignment with a Planet Discovered in the 2000’s- Dwarf Planet Makemake

Since a Solar Eclipse and Blood Moon are an imprint of energy for a new era, a preview of future themes, this is a strongly fated signal. This signal points to the energy of planet Makemake, a Kuiper Belt planet out in Pluto’s region of the Solar System.

Makemake is only a very slightly understood planet.

However, I have personally witnessed the effects of Makemake in people who have it activated within them (conjunctions in people’s birthcharts), and in transit.

Based on this experience, I have observed the energy of Makemake to be a distinctly intuitive, even psychic energy, determined energy that is offbeat, sort of goofy. The energy is distinctly foreign, determined, and piercingly intuitive. It is known to work in connection with the other dwarf planet Haumea; both planets share similar orbits, and when one planet conjoins Makemake, another fatefully conjoins Haumea in many cases. Mercury conjoins Haumea shortly after this.

Makemake and Haumea are orbitally related planets that are always found to work together in charts.

Now get this; not only is this Blood Moon aligned with Makemake, but all of the previous blood moons of 2014 were aligned with Makemake’s cousin planet Haumea. Haumea is also being fully activated by Uranus right now in an opposition, and people believe Uranus opposite Haumea is causing an extreme feeling of shift and awakening right now. These planets appear to endow people with a strong sense of purpose.

Activation of planets like Makemake is rare, and extended periods of activation always yield noticeable collective transformation. Those born during activations of Makemake are born highly intuitive, probably psychic, and are endowed with a light, offbeat, silly, kind of goofy intuitive energy.

The Makemake conjunction is probably the single most important thing to know about the final Blood Moon of 2015. Remember the way this energy feels; observe the energy on September 28th, and remember that the foreign, intuitive energy you feel is Makemake.

2. The Blood Moon always occurs on the North Node, possibly the most important point in Astrology

The North Node is the ‘destiny point’ of an individual’s chart, while the opposite South Node is the point associated with past lives and childhood. All eclipses take place on the North/South Nodes, because those are the points where the Moon crosses the ecliptic plane every month.

When a person turns 18, they experience their first North Node return, as the point moves at the pace of about 1 ½ years in each sign. This is thought to be the origin of the age of adulthood.  A Blood Moon creates an intense global sense of purpose; a global sense of purpose, focus, even euphorically strong intent and passion for destiny.

3. A Once every 500-Year Aspect Happens at the Exact Same Time- Neptune opposition Orcus, while Jupiter conjoins Orcus

This is one of the most important things to consider in this overall era of time, 2013-2018.  Neptune moves at a speed so close to the orbital speed of dwarf planet Orcus, that they take hundreds of years to conjoin (align) and oppose.

Late 2015, Neptune exactly opposes dwarf planet Orcus (a potent higher power much like Makemake).  Neptune has actually been on and off opposing Orcus since 2012; THIS is one of the reasons we have felt so collectively determined and awakened the last 3 years.

This is the first Neptune-Orcus opposition since 1519-1520; and in that time, Uranus opposed Orcus 30 years beforehand in 1493. This marked the “discovery” of the Americas, and a new era of travel and expansion. Unfortunately this era was also rife with bloodshed and conquest, thought to have been instigated by vicious dwarf planet Sedna’s influence in the mix, conjunct Neptune opposite Orcus.

Orcus is a particularly strong dwarf planet, in an orbital pattern with Pluto like Makemake is with Haumea. Orcus is “The Anti Pluto”- the one and only dwarf planet in the solar system that orbits the sun at the exact opposite diagonal inclination from all the others, in a distinct mirror image of Pluto’s orbit.

Orcus very much stands out from the other dwarf planets. I know the energy of it well, with Orcus fully activated in my chart, opposite my Sun and conjunct my Full Moon.

Also having observed it activated in one of my best friends (conjunct his Sun and Mercury), and in transit, I have observed this;

Orcus endows people with an all-powerful, euphoric willpower to learn and acquire knowledge. An Orcus willpower is unbearably strong, and in transit, Orcus Activations make everyone very determined all at once.

Orcus gives people a Venus/Jupiter/Uranus-like euphoric, fiery, unbudging willpower to do whatever the person feels drawn to do. To fully understand, you must feel it in transit. Words fail to explain; we will find out how it feels soon.

An overbearing willpower to do anything comes with Orcus.

or a few years, Orcus and Neptune will on and off oppose eachother. This will fully activate the energy of Orcus in everyone on Earth for years, maybe even decades.

With Jupiter opposing Neptune exactly aligned with Orcus, Orcus is being activated as fully and totally as it possibly could be.  Remember the description of Orcus’ energy, and prepare to feel a massive surge of euphoric willpower in September. I can’t stress the importance of this aspect enough.

4. Blood Moon is exactly aligned with The First Point of Aries, the Axis of the Equinox

The Fall Equinox occurs when the Sun is exactly opposite 00 Degrees Aries, at 00 Degrees Libra- the middle point.  This Equinox Axis is the exact place where the final Blood Moon will happen.

What does this mean?

I interpret it as a huge beginning; a major turning point. A shifting of eras, a new epoch, a truly powerful indication of a new era.  It’s just another signal from the universe to pay attention.

5. Saturn Trines the Blood Moon and Dominates the Imprint of Energy

Saturn is the planet of discipline; it’s the energy of hard work, determination, seriousness, structures of society, governments, and organizations. Saturn is everything that is solid and concrete.

Saturn will solidify, ground, and make concrete anything it touches in a positive aspect. Saturn is playing a perfect role of solidifying the energy of the Blood Moon.  Saturn’s influence will even further serve to solidify this energy, and cement the imprint of this ‘new era energy’, this Makemake intuition, in the collective consciousness for years to come.

So in September the determination and intuition will intensify to a crescendo on the 9/27 Blood Moon, and Saturn will solidify this energy in the collective consciousness for an era to come.

In conclusion, the final Blood Moon is one of many important, rare astrological events about to happen, and all of these events together paint a picture of a new era.  Together, the alignments paint a picture of awakening, collective determination and intuition, massive transformation, shift, and what some refer to as “Ascension”.

Pay very close attention to the energy of September 13th (The Solar Eclipse, perfect New Moon) and September 28th (The Blood Moon, perfect Full Moon).  The energy of those 2 days and the weeks in-between will be a preview of the future; the energy of this time will be solidified and cemented into the collective consciousness for years to come.

With a sharp balance of logic and intuition, watch the energy of the future unfold in conjunction with our solar system’s celestial bodies.

To repeat a summary of my theory, I theorize that in September, the collective consciousness will be endowed with 1. A euphoric, extremely strong determination and willpower to expand and learn due to Jupiter conjunct Orcus opposite Neptune, and 2. A heightened sense of intuition, psychic abilities on the rise because of the Uranus opposition Haumea. Then after September 27th, it will noticeably intensify and solidify with the Blood Moon of Makemake.

About the author: Cassius Methyl is a professional Astrologer and founder of Tryptamine Astrology Readings.  He is also a journalist, a writer, a musician, and an Aquarius thinker. You can follow him on Facebook here.