The 5 Traps Used to Shut Down and Limit Human Consciousness 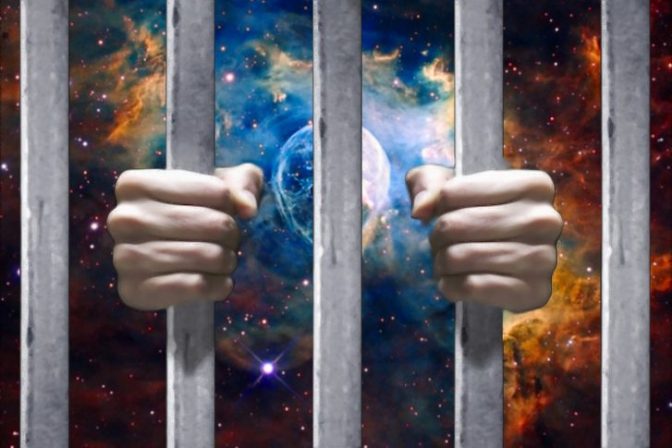 The human condition at present is one of slavery, a new kind of slavery, where bondage is psychological and spiritual rather than physical. Human consciousness is the target in a broad war of control where people willingly acquiesce to social conditions which clearly fail to serve their best interests, even doing them harm.

We accept the status quo of warfare, fear, environmental destruction, greed, corruption, poisoned health and false scarcity because we’ve been herded into traps which hold us hostage with false beliefs and the appearance of comfort. In reality, though, breaking through these traps would allow us to apply the principles of peace, sustainability, exploration, acceptance and progress to improving the human condition.

Firstly, though, we have to see and acknowledge the boundaries of the prison we are in.

“There’s five essential boxes for human consciousness, there’s five things that shut human consciousness down. Five models that attempt to keep people rigidly inside of their walls. And if you’re inside these boxes, you’re not going to expand your awareness to understand the actual truth of what’s going on in our world.” ~Mark Passio

The self-identification with a particular political party is one of the most divisive states of consciousness there is in our world today. This is clearly evident in the quality and character of public discourse and how it merges with financial interests to create stress, pressure and conflict at every level of society.

The major cultural religions of the world are perhaps the greatest trap for human consciousness ever devised and put to use as a means of controlling people. This has been corrupting the world and killing people for thousands of years. The acceptance of the possibility of a better existence after death is an excuse to ignore the quality of life one is living in this existence, and is used as an excuse to participate in wickedness.

We of course see how this paradigm is being used against us today to create a major riff among the people of the earth as global leaders push for a new religious war pitting Islam against Christianity. No one can win if this battle is allowed to escalate.

READ: 12 WORST IDEAS RELIGION HAS UNLEASHED ON THE WORLD

“Not what I call real science, but what I call ultra rigid skepticism in the form of quote/unquote science, that’s peddled for modern science in today’s world.” ~Mark Passio

Science has become a religion of sorts, where ideas are vetted in a strange process of study mixed with peer review, mixed with corporate and monetary influence, mixed with egos. In this paradigm, there is no room for ideas which challenge long-held assumptions and theories about the world, stifling human progress.

Rebel researchers like Graham Hancock and Rupert Sheldrake, are examples of how interesting ideas about where the human is coming from and where it is headed are shut down by the rigid thinking of a scientific world which pushes wholesale skepticism as affable quality.

“Science places itself on a pedestal and assures everyone it has dispassionately arrived at its conclusions. Meanwhile, however, it is full of assumptions, denials and limitations, and makes the serious mistake of presenting its theories as facts. The errors of mainstream science are gladly seized upon by technocrats, eager to use science and technology to further their own ambitions of control… ~Makia Freeman

Another box for human consciousness which is relatively new in our world is the New Age Movement, which abandons genuine science in favor of feel good platitudes which keep people sidelined from taking action and fully participating in our world. It is a unique, open source belief system which

It’s tenets are described by the following 10 bullets here:

4. You Can Never Really Know

6. A Watered-Down Law of Attraction

7. Turning the Other Cheek (it evens out the scars!)

8. Chaos Should Be Feared

9. We Must Feel Good all the Time

10. Truth Doesn’t Need to be Defended

5. The Monetary System – The General Belief in Money

This is the greatest trap of all, enslaving nearly everyone on our planet. At the root of this deception is the general belief in money, that is, in the belief that money has more value than life itself and is therefore more precious than anything life has to offer. Because of this, countless schemes, scams, fiat systems, debt-enslavement programs, frauds, and thefts are able to syphon the energy and time of human beings, leading us nowhere but to our own ruin.

The monetary system we have today operates in this way, with a tiny ruling elite having devised and now controlling an international system of manipulation which gives unlimited power to those who create money without having to produce anything of actual value.

It is impossible to understand the conflict, chaos and division in our world without understanding the ways in which human consciousness is limited, corralled and enslaved by these paradigms. At this point in the age of communication, however, it takes a certain willfulness to continue to operate within these five boxes.

“It’s much easier to fool people than to convince them that they have been fooled — such is the nature of confirmation bias and other psychological tools of manipulation. Breaking free of the ancient, historical ‘constant’ of mind control is an ongoing process of waking up out of a state of denial. Spiritual emergence and awakening involves a physiological break from the consensus social agreements of our planetary cultures.” ~Karlos Kukuburra

Sigmund Fraud is a survivor of modern psychiatry and a dedicated mental activist. He is a staff writer for WakingTimes.com where he indulges in the possibility of a massive shift towards a more psychologically aware future for humankind.

This article (The 5 Traps Used to Shut Down and Limit Human Consciousness) was originally created and published by Waking Times and is published here under a Creative Commons license with attribution to Sigmund Fraud and WakingTimes.com. It may be re-posted freely with proper attribution, author bio, and this copyright statement.