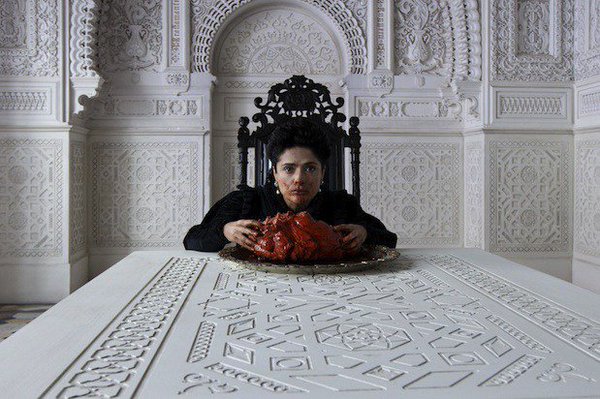 Fairy tales are defined, according to Jens Tismar, as stories that differ “from an oral folk tale”; and are written by “a single identifiable author” – characterized as “simple and anonymous”, existing in a mutable and difficult to define genre.

These stories exist within our Akashic records, and surface in different articulations through various mediums. Whether the stories are permutations of myth into holiday, or folklore into film – each tale tells a life lesson that transcends childhood fantasy, and offers a reflection of the wonder of the human experience.

While trolls, goblins, unicorns, and monsters may not exist in this reality – the energies represent archetypes which carry great meaning in recognizing the shadow as well as the light, darkness being a tool for transformation and transmutation, and the journey being the ultimate teacher – not just the destination.

Below is a list of 6 modern day fairy tales that can be appreciated beyond childhood, films which offer dream-like landscapes/visuals, and stories which arouse the imagination – allowing us to appreciate our humanity through the allegories hidden within the fantasy.

Tale of Tales: This 2015 Italian-French-British fantasy horror film, is directed by Matteo Garrone, and stars Salma Hayek, Vincent Cassel, Toby Jones, and John C Reilly. In all three tales, the selfishness of the characters led to their ultimate destruction based on their fixation of lustful desire rather than true love.

): A scientist in a surrealist society kidnaps children to steal their dreams, hoping that they slow his aging process. A surreal adventure, with themes of love, redemption, dreams and nightmares – this is fairy tale is a visual treat that continues to haunt, even after the story ends.

: A vengeful fairy is driven to curse an infant princess, only to discover that the child may be the one person who can restore peace to their troubled land.

: In the falangist Spain of 1944, the bookish young stepdaughter of a sadistic army officer escapes into an eerie but captivating fantasy world.

: In the near future, crime is patrolled by a mechanized police force. When one police droid, Chappie, is stolen and given new programming, he becomes the first robot with the ability to think and feel for himself. Starring Hugh Jackman, Die Antwoord, Dev Patel and Sigourney Weaver – this modern day Pinocchio story poses the question of transhumanism, and consciousness beyond the human body.

: A wicked troll king in search of a mystical ring that will return him to his human form invades a San Francisco apartment complex where a powerful witch lives. While this movie may not seem to have too deep of an esoteric meaning, the camp and chaos are worth the trip. Plus it’s interesting to note, that this film’s protagonist is the OG Harry Potter, and we can’t help but wonder if perhaps JK Rowling may have found some influence in her series from this nostalgic classic.