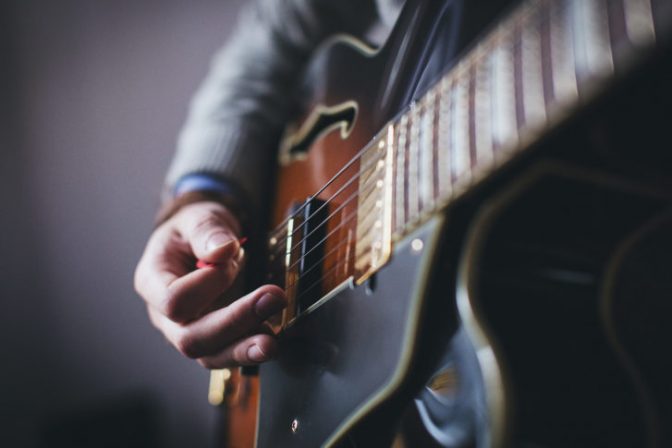 “Music produces a kind of pleasure which human nature cannot do without.”  ― Confucius

The term cymatics was coined by a Swiss man named Hans Jenny (1904-1972) who followed a school of philosophy known as anthroposophy (popularized by Rudolf Steiner). The word comes from Greek: κῦμα, meaning “wave”, and relates to the study of visible sound. By using the different sound vibrations on matter, we are able to see different patterns emerge in the excitatory medium depending on the geometry of the type of plate used and the driving frequency. See video below for an out-of-this-world cymatics experiment from Nigel Stanford.

This glimpse into the visual effects produced by sound allows us to see a world that was once invisible, and perhaps gives us clues into the profound effects music and sound have on our consciousness and experiences with the world around us.

Music can slow down and equalize brain waves. It has been demonstrated repeatedly: brain waves can be modified by both music and self-generated sounds. Ordinary consciousness consists of beta waves, which vibrate from fourteen to twenty hertz. Beta waves occur when we focus on daily activities in the external world, as well as when we experience strong negative emotions. Heightened awareness and calm are characterized by alpha waves, which cycle from eight to thirteen hertz. Periods of peak creativity, meditation, and sleep are characterized by theta waves, from four to seven hertz, and deep sleep, deep meditation and unconsciousness produce delta waves, ranging to .5 to three hertz. The slower the brain waves, the more relaxed, contented and peaceful we feel.

A software company called Brain.fm has the research to prove it. Their AI based technology is able to generate music that can allow relaxation, focus and deep sleep – all through audio. With hours of successful pilot and independent studies, as well as EEG analyses from neuroscientists – they hold the patent on a truly unique solution to wellness.

Music affects the heartbeat, pulse rate and blood pressure. The human heartbeat is particularly attuned to sound and music. The heart rate responds to musical variables such as frequency, tempo, and volume and tends to speed up or slow down to match the rhythm of a sound. The faster the music, the faster the heart will beat; the slower the music, the slower the heart beats, all within a moderate range. As with breathing rates, a lower heartbeat creates less physical tension and stress, calms the mind, and helps the body heal itself. Music is a natural energizer.

Music can also change blood pressure. A study of expectant mothers conducted at the College of Nursing at Haohsiung Medical University in Taiwan found that they showed significant reductions in stress, anxiety, and depression after just two weeks as a result of listening to CDs of a Brahms lullaby, music by Beethoven and Debussy, nature sounds and traditional Chinese children’s songs.*

Music can regulate stress-related hormones. Anesthesiologists report that the level of stress hormones in the blood declines significantly in those listening to relaxing, ambient music – in some cases replacing the need for medication. Those hormones include adrenocorticotrophic (ACTH), prolactic, and human growth (HGH) hormone. Political leaders, trial lawyers, surgeons, moms and other people who operate under great stress intuitively sense the power of music to calm and relax.

“I cannot listen to music too often,” Lenin confessed after listening to a soothing Beethoven sonata. “It makes me want to say kind, stupid things, and pat the heads of people.”

We recommend checking out the “Relax” audio session from Brain.fm to see how music can de-stress and get you back in tune.

Music and sound can boost the immune function. If the body proves successful at resisting disease, it is because the system works in harmony; the blood, lymph, and other fluids circulate properly and the liver, spleen, and kidneys maintain their overall integrity. Research in immunology suggests that insufficient oxygen in the blood may be a major cause of immune deficiency and degenerative disease. Scientists in a study at Michigan State University reported that listening to music for only fifteen minutes could increase levels of interlukin-1 (IL-1) in the blood from 12.5 to 14 percent. Interlukins are a family of proteins associated with blood and platelet production, lymphocyte stimulation, and cellular protection against AIDS, cancer, and other diseases.

Music can boost productivity. Research into health and memory in work environments has radically changed the way music is used in the workplace. The University of Wisconsin reported that in a study of ninety people copyediting a manuscript, accuracy in the group listening to light classical music for ninety minutes increased by 21.3 percent. By contrast, the skills of those listening to a popular commercial radio format improved by only 2.4 percent. Meanwhile, those subjects editing in silence were 8.3 less accurate than those working alongside the usual office noise. AT&T and Dupont have cut training time in half with creative music programs. Equitable Life Insurance increased the output of transcribers by 17 % after introducing music to the office for six weeks, and Mississippi Power & Light raised efficiency in the billing department by 18.6 percent after instituting a nine-month office listening program.

The “Focus” audio session from Brain.fm has been designed to increase productivity in 10 minutes – try now, and see for yourself by clicking here

Music can strengthen memory and learning. When we exercise, music can extend our stamina. The same is true when we study. Playing light, easily paced music (for example, Mozart or Vivaldi) in the background helps some people to concentrate for longer periods; others it may distract. Listening to Baroque music while studying can enhance one’s ability to memorize spellings, poetry and foreign words.

In addition to noting how rhythm aids memory, researchers have found that memory has its own circadian rhythm. Shortterm memory processes are at their peak in the morning, while long-term storage is best attempted in the afternoon. That is why many parents try to get their kids to learn how to play piano, to boost their memory and learning capabilities. Playing an instrument or participating in a music program in school (or incorporating music into classroom activities in such areas as history and science) has been shown to have broadly positive effects on learning, motivation, and behavior.

The University of Wisconsin reported that in a study of ninety people copyediting a manuscript, accuracy in the group listening to light classical music for ninety minutes increased by 21.3 percent. By contrast, the skills of those listening to a popular commercial radio format improved by only 2.4 percent.

A high percentage of environmental input is provided through the ears, and the evidence is clear that from approximately eighteen weeks of gestation on, music plays a crucial role in the process of wiring a young child’s brain. As a child is born and progresses through the years, music will enhance his physiology, his intelligence, and his behavior. Such effects are real and measurable. Studies have shown, for example, that:

To learn even more about music’s effect on the brain, and the science behind sound click here.