The Maharishi Effect – The Power of Group Meditation to Bring Peace 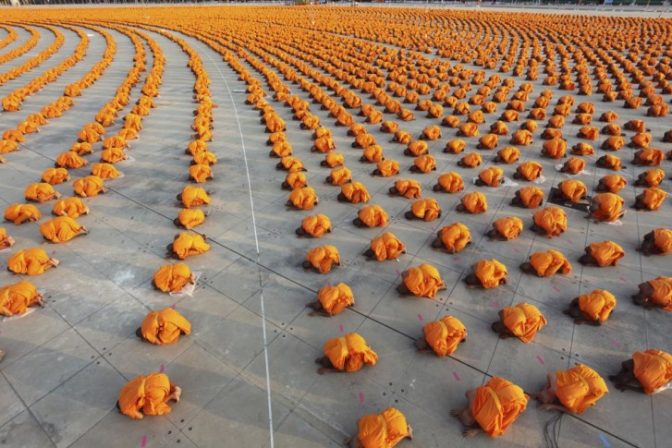 The video below explores the phenomenon, known as the “Maharishi Effect”, which occurred over the course of 3 weeks with a group of 7000 people. The people involved in the “Effect” spent a concentrated amount of time meditating, in hopes of transforming the collective consciousness of their environment by bringing peace, tranquility, and calm to their surroundings.

By projecting that love and light energy through meditation, the group was able to transform the collective energy of the city which wound up reducing crime rate, violence, and casualties by an average of 16%. According to reports, suicide rates and auto accidents also reduced as well.

According to Spirit Science and Metaphysics:

Almost 50 studies have been done further confirming the benefits of global meditation and it’s direct impact on everything in the world, even so far as to have the results published in the Journal of Crime and Justice in 1981. We know meditation has endless health and psychological benefits, but it is now being explored by politics and sociology because of its undeniable energetic impact.

When the study was repeated in Wales, they got amazing results. In 1987 Merseyside had the third highest crime rate of the eleven largest Metropolitan Areas in England and Wales; by 1992 it had the lowest crime rate. 40% below levels predicted by the previous behaviour of the series. There were 255,000 less crimes in Merseyside from 1988 to 1992 than would have been expected had Merseyside continued to follow the national crime trend.

I am a firm believer in the singular benefits of meditation, and how quieting the mind and projecting positive energy can enhance the overall quality of your life. The “Maharishi Effect” is just further affirmation for the collective good that meditation can do, and how this practice is not just a service to yourself, but a service to humanity as well.