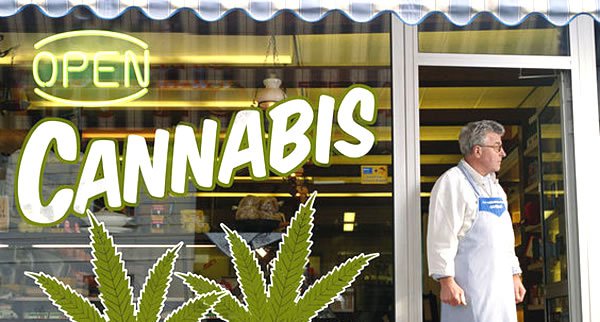 January 1st 2014 saw the opening of the very first cannabis shop in Colorado as the cultivation, manufacture and sale of the controversial plant became fully legalized. Since then, the state has seen a lot of promising results.

Laura Pegram of Drugpolicy.org wrote in her article, Six Months of Marijuana Sales: Positive Trends Emerge in Colorado, that “even the state’s Director of Marijuana Coordination was quick to note recently that ‘the sky hasn’t fallen‘ since the first retail shops opened.”

Colorado is proving to be a great example of how cannabis legalization can benefit the economy. Although it is still a bit early to make any definitive extrapolations about cannabis legalization, there are a few emerging trends in Colorado that signal good signs for the state which drugpolicy.org has listed on their website:

1. According to Uniform Crime Reporting data for Denver, there has been a 10.1% decrease in overall crime from this time last year and a 5.2% drop in violent crime.

2. The state has garnered over 10 million in taxes from retail sales in the first 4 months. The first 40 million of this tax revenue is earmarked for public schools and infrastructure, as well as for youth educational campaigns about substance use.

3. There are renewed efforts to study the medical efficacy of marijuana within the state, making Colorado an epicenter for marijuana research.

Cannabis legalization has already yielded some positive stats for Colorado. People in power are realizing there is money to be made. Will Colorado be the guinea pig for the rest of the world to follow suit?

4. The marijuana industry has developed quickly, generating thousands of new jobs. It is estimated there are currently about 10,000 people directly involved with this industry, with 1,000 to 2,000 gaining employment in the past few months alone.

5. Colorado Governor John Hickenlooper, who opposed Amendment 64, recently compared Colorado’s economy since legalization to that of other states by noting, “While the rest of the country’s economy is slowly picking back up, we’re thriving here in Colorado.” For example, the demand for commercial real estate has increased drastically, with houses in the state appreciating up to 8.7 percent in the past year alone.

6. The voters of Colorado retain an overall positive view of the regulated marijuana market, with 54% of Colorado voters still supporting marijuana legalization and regulation, according to a recent Quinnipiac poll.

7. By removing criminal penalties for certain marijuana-related offenses, thousands of individuals will avoid the collateral consequences associated with a criminal record. The state is estimated to potentially save $12-40 million over the span of a year simply by ending arrests for marijuana possession.

This is yet another bullet in the coffin for cannabis propaganda. We are now at a point where the government has finally realized, or perhaps finally admitted what they’ve already known, how much money there is to be made from cannabis legalization.

On top of that, there is undeniable evidence surrounding the use of cannabis as a means to treat disease. This is the real cherry on the cake. The fact that this widely available plant  is showing results in eradicating cancer, today’s most prominent and insistent disease, is monumental when really considered. Could we be on the brink of a massive cannabis-health revolution? If positive economic and social stats keep on rising in Colorado, we could be seeing the beginning of this revolution very soon.