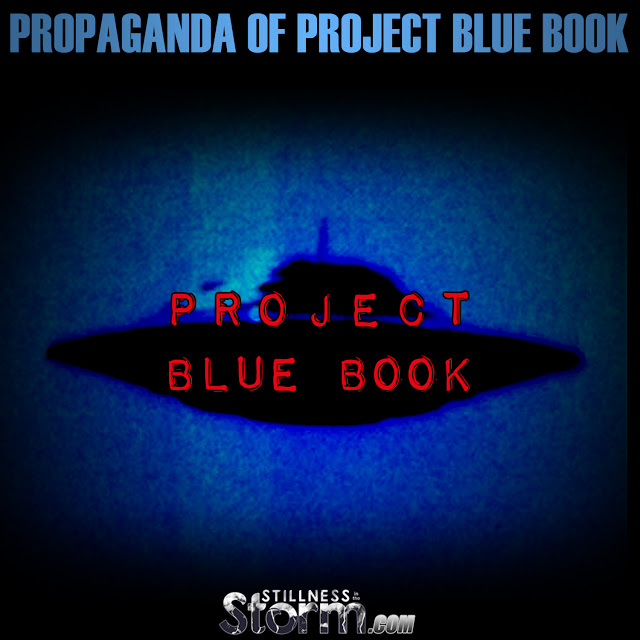 I was recently watching an episode of Wisdom Teachings with David Wilcock wherein he mentioned the following article.

Project Blue Book was a US Air Force study into the UFO phenomenon beginning in 1952 and ending in 1969. The primary objectives of the project were:

At the end of the investigation period, the project concluded that absolutely none of the UFO’s investigated were anomalous. But some 40 years later, we now have several whistleblowers and declassified documents suggesting that there were in fact, genuine ‘UFOs’ documented during this time.
The only logical conclusion to draw is that this investigation had no intention of officially validating the UFO phenomenon, and was instead tasked with debunking all observations, regardless of their authenticity. In other words, the project was a propaganda operation against the people to maintain secrecy. And like all good disinformation campaigns, there is a mix of authentic and invalid cases presented, all of which are painted with the same brush.
Related Propaganda: Do You Know You’re Soaking In It? | Public Relations and Propaganda are All Forms of Mass Mind Control
To the undiscerning mind, which is essentially the vast majority of people on Earth, they will not be able to differentiate between authentic photographs of UFOs and normal phenomena. And out of fear for being socially ostracized, they will accept the conclusion of an authority figure despite lacking concrete evidence of what is offered, even when the evidence presented is clearly dubious. This is a classic mind control via intimidation or social pressure technique, a trauma based mind control method.
The following is a compilation of photographs from the investigation, some of which are clearly naturally occurring phenomenon but others are obviously not identifiable, and as such are considered unidentified flying objects, UFOs.

For example, the first photograph listed is of a massive triangular shaped object spotted over Lubbock, Texas in 1951. The conclusion was that these highly luminous objects are nothing more than plovers, a small white breasted bird. But in my view, a luminosity analysis would easily indicate that the birds could not have reflected enough light to produce such an effect that was seen by many on lookers. And later, the Air Force retracted its original claim of birds, still maintaining it is a natural phenomenon, yet refused to disclose how this conclusion was reached, saying they needed to maintain the anonymity of scientists involved. This is clearly a dubious explanation.
Hopefully seeing the evidence first hand will provide the raw data needed to personally discern the truth about Project Blue Book and so-called official investigations into UFOs.
– Justin

For decades, the U.S. Air Force (USAF) kept a record of all of its investigations into extraterrestrial activity in one extensive report called Project Blue Book. Up until last week Project Blue Book’s massive catalog of over 10,000 UFO and extraterrestrial reports from the 1940s to the 1970s had only been accessible by visiting the National Archives in Washington. Now that the archives are available online, we dug through the files to find the most interesting sightings from our nation’s Atomic Era.

The goal of this search wasn’t to prove or disprove UFOs, nor to examine the efficacy of Project Blue Book. Instead, we set out to appreciate the artistic quality of these “supernatural” photos and look into the past from the perspective of thousands of amateur observers, people who looked to the skies with equal parts excitement and fear, and didn’t hesitate to snap a picture of anything. These photographs are reminders that when our imaginations are given a longer leash, we begin to see even the ordinary in a more fantastic light.

The Lubbock Lights incident is widely regarded as one of the first great UFO cases in the United States. The USAF came to the conclusion that these lights were most likely a natural phenomenon, namely plovers (birds with a white breast that “could easily reflect city lights”).

The authenticity of the Tulsa photograph (top right) has been fiercely debated since the photo was taken by 14-year-old Alan Smith during a wave of sightings sweeping the Tulsa area. The other photos from the file are USAF attempts to recreate the photo.

The photos in question were eventually identified as the star Arcturus, but the mysterious and spooky reflective quality of the clouds and other stars could inspire a Stephen King novel.

Unfortunately, there’s almost no information regarding the crash suggested by the photos above — Project Blue Book provided no additional information in the appended file. We can assume this object is likely manmade due to the rivets and flathead screw features, though it does bear some resemblance toa nuclear warhead of that time period.

Additional research reveals that 12 years prior to the discovery of the item above, a B-36 bomber crashed over western British Columbia and was known to be carrying nuclear warheads at the time. This incident is regarded as one of the first nuclear weapons losses of this type. While the objects pictured above are unlikely from the 1950 crash, the location lends credence to the idea that there were nuclear weapons in that area.

Again, there were no additional case files within the Project Blue Book database regarding this image, but if you think that this is something other than a UFO, you need to get your eyes checked.

Taken by Orange County highway inspector Rex Heflin, these photos were at the center of a struggle between multiple law agencies to prove or disprove their validity. Despite the USAF’s conclusion that these photos were a hoax, many UFO researchers firmly believe these photos to be authentic due to the results of computer-aided enhancement.

This photograph was determined to be a lenticular cloud, but if you saw this in 1950, had no Internet, and the rest of the world was freaking out about UFOs, “flying saucer” seems a pretty logical guess.

Another widely publicized set of photos at the time, the team behind Project Blue Book wasquick to dismiss these as possessing “insufficient data” because the photographers refused to give up their original prints.

This photo was taken by a staff photographer at the Miami News. Because he didn’t hand over the original negatives, the USAF refused to analyze the photo. The photo was taken in the moments leading up to a thunderstorm, leading us to believe that this was probably a natural phenomenon.

On the first page of the record file kept by the USAF for this photo, the object is identified as a meteorite that is over 100 years old. Yet on the second page of the report, in a note from the department that conducted the physical analysis and mineralogy report, it states explicitly that it is not a meteorite. Further analysis in the record reveals that this item is likely a “volcanic bomb” or displaced piece of sediment from a glacier.

Another interesting fact: At this time the USAF was studying meteorites and their component alloys for their ability to withstand heat from reentry into the atmosphere to better produce guided missiles.

There are no records attached to this photo, but if the scale of this picture is to be trusted, that thing is either very close to the observer or very big indeed. It does look a bit like someone hung their toy submarine from a string and took a picture of it — but we can’t tell for sure!