The Punk and the Monk – A True Story 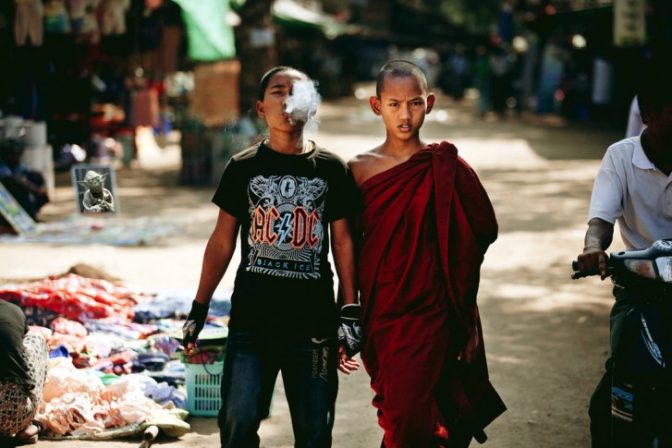 A few days ago we posted the image below on our social media, and it had a viral response. While the meme brought a smile to our face, we had no idea where the photo came from or what the story was behind it. A few of our readers commented that this photo was real, and the boys in the photo are actually brothers.

After some research, we came to discover that this photo was taken in 2012 by Roger Stonehouse, and was submitted to National Geographic’s yearly photo contest. Captured during the Ananda Festival, Stonehouse captioned the picture by saying “the quite rural area around the Ananda Temple is transformed into a city of stalls. During this busy time, people of all walks of life are drawn to the buzz of the festival scene.”

An incredible moment in time, immortalized in film…we also came to find that Fall Out Boy used this image for their “Save Rock and Roll” album, which came out in 2013.

This photo, and the silly meme, both serve as reminders that although we all have our own unique journey, what makes us unique is also what makes us beautiful – and in loving our differences, we also love ourselves – because separateness is ultimately an optical illusion.

To check out more of Stonehouse’s photography, be sure to follow him on Tumblr.