This is What Happens When Lightning Hits Sand 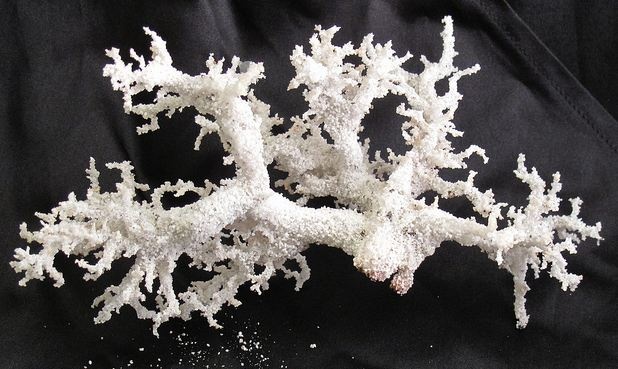 Petrified lightning, known as fulgurite, is formed when lightning with a temperature of at least 1,800 °C (3,270 °F) melts silica or other common conductive and semi-conductive minerals and substrates, fusing, vitrifying, oxidizing and reducing mineral grains and organic compounds.

“Fulgurites (from the Latin fulgur, meaning “lightning”) are classified generically as a variety of the mineraloid lechatelierite, although their absolute chemical composition is dependent on the physical and chemical properties of target material affected by the discharge of cloud-ground lightning. They are commonly hollow and/or branching assemblages of glassy, protocrystalline, and heterogeneously-microcrystalline tubes, crusts, slags, vesicular masses, and clusters of refractory materials that often form during the discharge phase of lightning strikes propagating into silica-rich quartzose sand, mixed soil, clay, caliche and other carbonate-rich sediments.[1][2] Colloquially, they have been referred to as petrified lightning.[3] Fulgurites are homologous to Lichtenberg figures, which are the branching patterns produced on surfaces of insulators during dielectric breakdown by high-voltage discharges, such as lightning.”

The Hollywood film Sweet Home Alabama portrayed sand stricken lightning as clear as glass (see above image), but in reality the end result is actually a fascinating hollow fragile (and fractal) rock as you can see in the gallery below!