9 Of The Most Common Nutrition Myths Ever Told 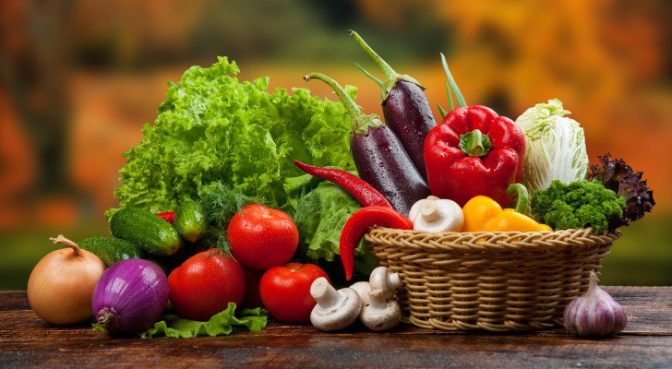 Out of all fields of discussion, it’s safe to say that no other topics are more dangerous to have misinformation spread about than diet and nutrition. If a nutrition myth is continually repeated, it can soon become a culturally accepted truth, something that is dangerous to the general public. So for that matter, this article will address some of the most common and misguided nutrition ‘facts’ out there today.

9) Eggs Are Bad For Your Heart & Overall Health

Eggs have had a bad rap in recent years, mostly due to the cholesterol myth. But a few recent studies have since debunked this myth.

A study published in the British Medical Journal (BMJ) found that higher consumption of eggs (up to one egg per day) is not associated with increased risk of coronary heart disease or stroke.   In fact, eggs actually raise the ‘good’ cholesterol (called high-density lipoprotein cholesterol) which works to remove the ‘bad’ cholesterol.

The health benefits of eggs include:

*The key is to eat organic, pasture-raised eggs.

8) All Saturated Fats Are Bad For You

This is a myth that stemmed from an unsubstantiated claim made decades ago.  The truth of the

matter? There is absolutely no significant evidence for concluding that dietary saturated fat is associated with an increased risk of CHD or CVD, according to a meta-analysis which looked at 347,747 subjects.

As mentioned in #9, saturated fats from things like egg yolks, coconut oil, and avocado work to increase the good cholesterol which works to lower the bad cholesterol.

Saturated fats from proper sources provide the building blocks for your cell membranes and a variety of hormones and hormone-like substances, as well as serve as carriers for the fat-soluble vitamins A, D, E, and K and are required for converting carotene into vitamin A.

7) Breakfast Is The Most Important Meal Of The Day

There is new evidence to suggest that intermittent fasting has some major health benefits. By skipping breakfast and not eating until around 11am, you’re giving your body an extended break from eating, which has been shown to be as effective as calorie restriction in fat loss.

Other benefits include reducing inflammation, reducing insulin resistance, improving blood pressure, and increased lean body mass. Intermittent fasting can also improve your brain function by increasing levels of BDNF, a protein that protects your brain cells from the changes associated with Alzheimer’s and Parkinson’s disease.

The logic behind eating 6 small meals makes sense, (i.e., portion control, stabilizing blood sugar), however, this claim has not been proven to be true. In fact, multiple studies prove that there is no difference in metabolism or fat loss with people eating 6 meals per day compared with people who eat the same amount of food in 3 larger meals.

We know that our ancestors weren’t constantly feasting, they also didn’t have access to a grocery store 24/7. Our ancestors were more likely to go through periods of fasting and then eating large meals.

Furthermore, when we don’t eat for a while, a process called autophagy cleans waste out of our cells.

While eating omega-6 fats is crucial to our health, the main issue lies in the fact that most of us are eating too much omega-6 fatty acids, most of which are sourced from processed seed and vegetable oils.

Humans are supposed to receive a well balanced ratio of omega-6 and omega-3 fats, that is 1:1. Most westerners are getting about 20-50 times more omega-6’s than omega-3’s, which can cause problems.

One study showed that too much omega-6 fats from processed oils is a leading factor to coronary heart disease.

As a child, I remember seeing my grandmother using artificial sweeteners in her tea, which she explained was for her diabetes. If only I knew then what I know now.

A study from 1986, which included nearly 80,000 women, found that those who used artificial sweeteners were significantly more likely than non-users to gain weight over time, regardless of initial weight.

Another study published in PLoS One found that chronic lifetime exposure to aspartame, commencing in utero, produces changes in blood glucose parameters and adversely impacts spatial learning and memory in mice (a.k.a. messes with the body’s insulin response, a danger for type II diabetics).

The idea that fat is bad for us came out of the 1970’s when the American dietary guidelines were first published. They demonized saturated fats (which we’ve just explained are crucial to our health) while giving sugar and refined carbs a free pass. It’s interesting to note that the obesity epidemic began around the same time…

2) Carbs & Grains Should Be Your Highest Source Of Calories

Currently, as war exists between people who eat a high-fat/low-carb diet and those who consume a high-carb/low-fat diet.

While the mainstream states that your biggest source of calories should come from complex carbs (50-60%), many nutritionists are now coming forward and refuting this statement. Carbs, particularly organic whole grain bread, cereal, and pasta (although not as applicable for fruit and vegetables), spike insulin and leptin levels in the blood, which is a leading factor to many chronic illnesses.

The low-fat, high-carb diet simply isn’t working for North Americans, as obesity rates are at an all time high. While this diet may be okay for people who are lean, people who are obese or who have  metabolic syndrome should stay far away from this type of diet, according to these studies.

As explained above, properly sourced, high-fat diets are crucial to our overall health. Here are 23 gold standard studies which support the benefits of a high-fat/low-carb diet.

Clever marketing has denoted soy beans as a ‘health food’, when in fact there is much more to the story than this simple claim.

Over 90% of soy produced in the U.S. is genetically modified and the crops are sprayed with the herbicide Roundup, which may be associated with adverse effects on health.

Most of the soy consumed in the western diet is processed, in the form of soy bean oil. In fact, in 1999, 7% percent of Americans’ total diet was derived from soy bean oil, which is derived from a process that uses hexane to extract it.

While whole soy beans do contain nutrients, they also contain phytates, a substance which inhibits nutrient absorption in the body.

Soy also contains large amounts of biologically active compounds called isoflavones, which function as phytoestrogens… that is, plant-based compounds that can activate estrogen receptors in the human body, a.k.a., soy acts as a hormone disruptor.

When is soy okay for you? When it is fermented. Tempeh, natto, and miso are fermented forms of soy which contain lowered levels of phytic acid and other anti-nutrients, as well as beneficial bacteria for our gut. The key here is to consume in small amounts.

Do you know of any other mainstream nutrition myths that are widely accepted as truth? Share with us in the comment section below!