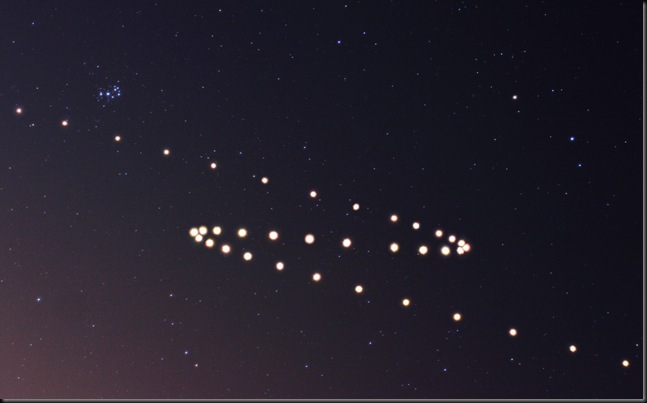 Although retrograde is defined as “directed or moving backward,” the planet itself doesn’t move backward — this time period is in reference to the change in motion of the planet when it’s viewed from Earth. According to Refinery 29:

Despite the phrase, Mercury itself doesn’t actually move backward — “retrograde” refers to the apparent change in motion of the planet when it’s viewed from Earth. Fast-moving Mercury has a highly elliptical orbit, meaning that it travels more quickly when it’s closest to the sun. Three or four times a year, the planet “catches up” to the Earth’s orbit, giving the illusion that it’s changing direction in the sky for around three weeks.

Confused? Think of two cars traveling in the same direction on the freeway. If one keeps speeding up and slowing down, it will appear, from the viewpoint of the other car, to be moving back and forth — even though its real forward-moving direction doesn’t change.

Mercury, being the mythological messenger of the gods, governs communication, travel, and learning, and during retrograde periods, these three aspects of our life can go a bit bonkers. Words get misconstrued, computers crash, plans get messed up, and it’s advised to NEVER start a new job/sign new contracts at this time. Unless properly prepared/aware, retrograde periods can be extremely daunting, and this particular Mercury retrograde period has been set up to be extremely intense. However, if we take this time — and allow it to work for us, not against us — we can emerge from retrograde brighter and better than ever.

According to Chani Nicholas:

On January 5th, Mercury will square Mars as it is stationing retrograde. A square from Mercury to Mars in Scorpio can induce many a dramatic conversation. Mars is extremely powerful in Scorpio. It’s in its own sign. It has all its own tools at its disposal. It’s cunning. It’s sneaky. It does not shy away from conflict. It’s out to win but plays for the long haul. With untold patience, Mars in Scorpio will wait until the moment is right to strike, because it strikes to win (some may say kill). Scorpio has the patience of a million well-formed plots for long-term revenge, so it’s not about to act without a strategy.

Mars in Scorpio also has a Jessica-Jones-like determination to seek justice and retribution for innocent victims of cruelty while still acknowledging that it itself is all kinds of problematic. Mars in Scorpio isn’t trying to win accolades for purity. It isn’t trying to distance itself from the paradox that can occur when we find ourselves embroiled in a battle for peace. It isn’t asking for neat and tidy answers. Nor should we.

Since Mercury’s retrograde is set up with this kind of intensity, we can assume that anything less than brutal honesty with ourselves can bring worlds of pain upon us. Denial and danger are a good mix only for those hell-bent on destruction. If you want this Mercury-Mars combination to work, let the truth surface and sit with it until you know what the appropriate course of action is for you. This is the kind of combination that won’t let us rest with half-baked truths but much of the information that we would usually have access to is withheld from us during a retrograde. Make room for not knowing. Make room for discovery. Make your fear your apprentice, not your boss. Acting impulsively out of a need to quell our fear and fix everything will make a mess right quick.

This Mercury retrograde will peel back the layers of the part of our life that it touches until it’s gotten down to the core of what it has in store for us. May as well go willingly.

In understanding these energies, and appreciating the lesson, a great way to survive this Mercury retrograde (in particular) is to try this creative visualization exercise to help address your fears, and transform them with love.

While this exercise may seem trivial, breaking through the ego and identifying/facing fears is the key to radical change — and sometimes thinking like a child actually helps us become better adults. Wherever you fall on the spectrum of belief in astrology, practicing mindfulness and being gentle with your “inadequacies” is always a positive choice.