A Question of Priorities 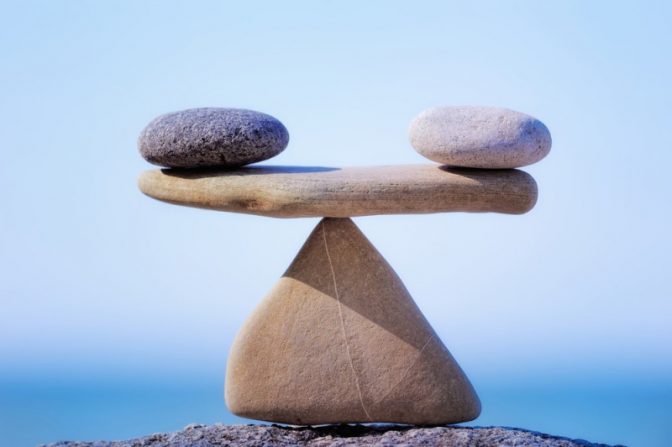 What is important to you? Is it your job or edu-cation? Maybe it’s that once-in-a-lifetime opportu-nity to be a performing artist or professional musi-cian? How about the current year’s crop yields? Or your investment portfolio? Could it be your fami-ly? Your children? What is really important to you? What is the most important person or thing to you, and what would you do to protect and defend that person or thing? What wouldn’t you do?

The character of a society is determined by the way in which its citizens prioritize their lives. What a people consider valuable directly reflects the type of society that grows up around them.

We protect and preserve with the greatest passion that which we hold dearest. What we cherish, we are willing to defend. Conversely, we do not fight for that which we do not value.

THE LOVE OF MONEY

In America today and to a degree throughout modern western civilization, economics and more specifically, making money and having power and material wealth have become the driving forces that define societies. Countries that share these priorities tend to attract the greedy, self-interested, unprincipled kind of people who have infested the united States of America and especially the United States government.

In a Republic whose laws and social system are based on clear moral principles, it is somewhat amazing how far our society has fallen from her original lofty goals.

I regularly deal with people who, upon learning that they have waived their rights to life, liberty and property in order to become eligible for a govern-ment benefit program, still refuse to reclaim those same rights if it means giving up their benefits and privileges. In other words, these people have set their respective priorities: money, benefits and privileges before liberty.

As a result of this prioritization of money, power and possessions, both the United States government and the American people (and much of the rest of the world) have displayed a tendency to justify any behavior if it benefits the economy. Murder, rape, theft and fraud have all been made acceptable, as long as enough money is involved.

This degenerate attitude showed itself in no more precise way than with the bogus “war” with Iraq, or Afghanistan, or Syria, or any of the numerous wars in which the United States government executed a precise scheme designed to undermine the stability of that region, then sent invading troops to “help bring order” back to a destabilized country, all in order to gain control of that country’s substantial oil resources and establish footholds in that sec-tion of the world. Meanwhile, a sizable percentage of the American people continue to approve of and defend the president’s illegal and unconstitutional actions.

Which is a higher priority: freedom or conveni-ence?

If asked, most people would probably say “free-dom”, while in reality valuing convenience more.

That’s because the government has made it ex-tremely convenient for people to waive their rights. Therefore, preserving your rights will necessarily
be less convenient than waiving them. So if you are driven by ease and convenience, then you will not find sufficient value in claiming your freedom, since it will make your life somewhat (but not much) less convenient.

For example, frequently, people tell me they don’t want to deal with difficulties in getting a job with- out a social security number, or they complain that securing their liberties and property rights takes too much time, or is too hard, or in some way makes their lives more difficult. In other words, these people have set their respective priorities: convenience before liberty.

I believe that the reasons people give for not se-curing their rights to life, liberty and property are always reflections of each individual’s order of priorities.

Which is a higher priority: economy or quality?

The United States government has established itself as a leader in convenience technologies, including biochip and surveillance development, cheap and fast-but-un-nutritious food services, low quality production of goods, etc. The United States has be- come a premiere provider of cheap and low quality products and services, because offering high quality requires spending more time and money on better labor and genuine customer service, and the United States government has set its priorities: economy before quality.

This upside-down value system is promoted and maintained through extensive propagandizing.

For example, if you really pay attention to the mes- sages put out by commercial advertising, you will discover that more and more, TV ads are sending messages that morality is boring and immorality and irreverence are cool. Among them:

A television advertisement for 7-11 Stores tells the viewer to “embrace the dark side”. The “dark side” is supposed to represent ultimate evil! This is not a joke. Some people are programmed by this type of message.

Sprite tells you to “obey your thirst”, mean-ing do whatever you feel like doing, regardless of the potential consequences.

Children are told to lie to their parents in order to get them to go to McDonalds.

One cellular company’s advertisement in-cludes a father trying to spend time with his wife and daughters, each of whom is only concerned with the latest cellular technology so that she can talk to her friends. The daughters thank dad for buying them a new toy, while they are joined by the wife in disre-garding and ridiculing him for wanting to spend time with them. Dad is so uncool but he buys us nice stuff!

Several years ago, during the Super Bowl, a commercial advocated stealing Pepsi in order to get “in” with the kids’ crowd.

These are only a few examples of the mes- sages being promoted through advertising. This
is how immorality and unprincipled behavior are being marketed to the American people. Frankly, I think you would be hard-pressed to find a commer-cial advertisement that sends an honest, construc-tive message instead of a dishonest, destructive one.

How high a priority is your freedom?

Wanting to be free is not enough. You must com-mit to living free. If you really want to live free, then you have got to establish the degree of your com-mitment to your freedom.

You see, if your number one priority is to live free from government regulation, then you will do whatever you need to in order to accomplish that objective. However, if your priorities are such that money or convenience hold greater importance to you than freeing yourself from government control, then you will hesitate to take the necessary steps to ensure your liberty if you believe that by doing so you will sacrifice ways to make money, or make your life less convenient in any way.

I have been successful in securing my freedom because long ago I made it my top priority. I am thoroughly committed to Truth and Freedom. That means I am willing to endure any experience in pursuit and defense of Truth and Freedom, and that makes me far stronger than the mindless bureau-crats who would subvert your liberty or mine, all the while saying they are “just following orders”.

If you really want to be successful in freedom, then you must restructure your priorities to place free-dom first. Otherwise, you will most certainly fail.

I believe there is nothing more important than each of us living free from government regulation and control. Therefore, I am willing to die for my freedom. I am also willing to kill for my freedom, if that ever becomes necessary, though only as a very last resort. I am willing to starve, lose my job, relocate my family, in other words, do whatever I need to do to preserve my rights to life, liberty and property.

Could you say the same?

Brent Johnson is Director of Freedom Bound Inter- national, a common law service center dedicated to the preservation of personal freedom, privacy rights and the Declaration of Independence. He may be reached at 1-888-385-FREE or on-line at www.freedomradio.us.