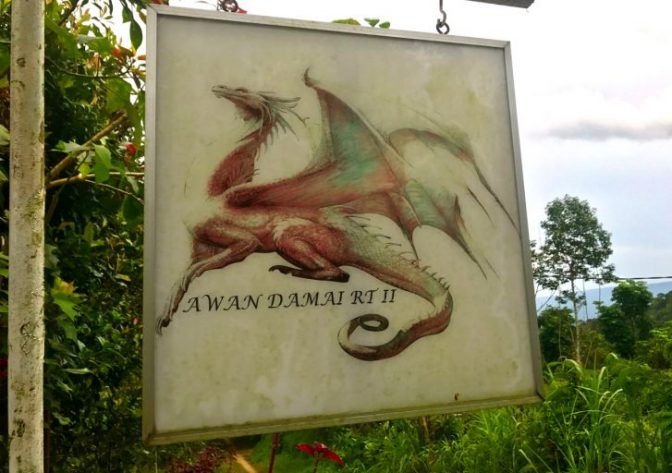 It was in those olden first days of earth, when dragon -beings were real, and had not yet turned into faint memories stored in the deep recesses of people’s hearts. Today they come alive only as paper dragons, depicted on drawings and patterns of silk fabrics.

Ohhhh… such an incredible beautiful being – the dragon. It could sleep floating in the skies, carried by the love of earth and its beings. The open loving hearts of the planet’s inhabitants created a gentle crystal clear sound field that the dragon could ride on. In order to ride a dragon, one needed a wide open heart and be able to emanate the love sound frequency on which the dragon was carried and could fly. It then could choose an earth being to be its companion.

In those days, there was love in abundance. The earth planet’s body, (its surface and core) was soft and malleable. It was not yet contracted and encrusted. This allowed the rich love potential to be present everywhere. Plants, animals, planet beings and dragons came into their existence being love-willed into form by the planet itself. 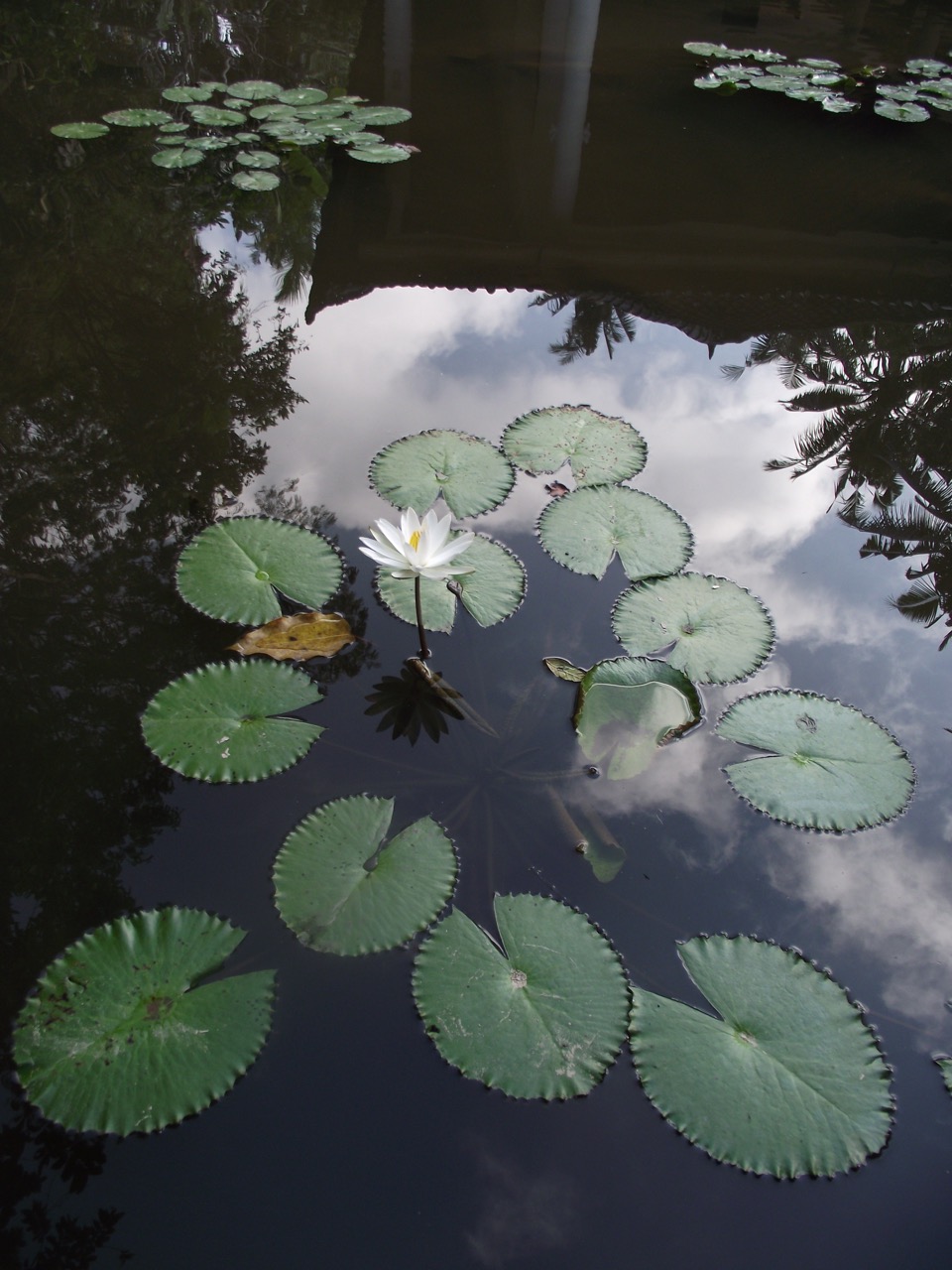 She-Soul deeply loved the dragon with which she had bonded since its birth. When she rode his back and flew through the skies, the fluid mane of the dragon lit up in radiant gold. It takes very special skills to ride and care for a dragon. As mentioned before, one had to have a huge, deep and never-ending reservoir of overflowing heart love for all beings in order to birth such a sky-being into existence. Dragons are androgynous and can be love-willed into their dragon form through the immense love of another being for them.

When a dragon approached through the air, you could perceive the most delicate fragrance preceding it, reminding one of wild bush roses. She-Soul was joined with this dragon being for eons. It was her heart mate. She enjoyed lounging and resting on its back, the mane providing a soft cushion, while floating on the love fields in the sky with the earth spirit smiling from above and below upon both her and the dragon.

They could glide through the air with wings spread wide and stop in midair, could speed up suddenly and make reverse turns. The dragon loved to be carried by the high atmospheric wind streams, becoming one with their flow. He loved speed flying, passing the clouds and the winds. His agility in the air and on the surface was unsurpassed.

This dragon had warm luminous eyes, framed by long lashes under high brows. Its body was soft and yet had a solid form of golden light clothed in a fluid skin.

Oh no, the dragon being was not one of those, which kill people and kidnap young girls. This dragon being embraced the skies. It flew high and low, its spreading wings creating beautiful sounds and harmonies affecting all creation. Dragon Being and She-Soul communicated without words. Yes, it was a very special dragon being, the soul- and playmate of She-Soul. Their relationship was one of sheer joy and playfulness.

At night when they rode together, the dragon’s skin reflected and amplified the sparkling of the stars. The moon in those long forgotten times was held in deep embrace with the earth planet. Their interwoven love fields were holding each other steady during their journey and long voyage from their birthplace in the central sun of the Milky Way star system. Both were one heart and soul, so to speak. And as such She-Soul and Dragon Being could slide and glide on these interactive loving magnetic fields to the moon. They did so quite often. In those olden days, the moon was like a small shining sun without heat. Its light radiated blessings onto the earth planet. It was lush with vegetation and alive and populated with moon beings.

She-Soul, being an earth-angel, met, when visiting the moon, its moon beings. Angel-beings were different in kind from earth and moon beings. They were androgynous. Their greatest gift was the power of being able to love-will other beings into existence, into this reality. They were able to connect so deeply to their inner source and infinite love, which birthed new beings into existence.

Oh no, they did not give birth in the painful way we know today. Their hearts opened wide and the new being was directly received from the heart into this reality and into an embrace which held it lovingly. Its nurture was the love it received from its creator. The bodies of these angel beings were not solid, more like liquid light, yet they had a defined outline and form. Their mind and their hearts were one, and they followed the path of the heart in joyful creation of beings. 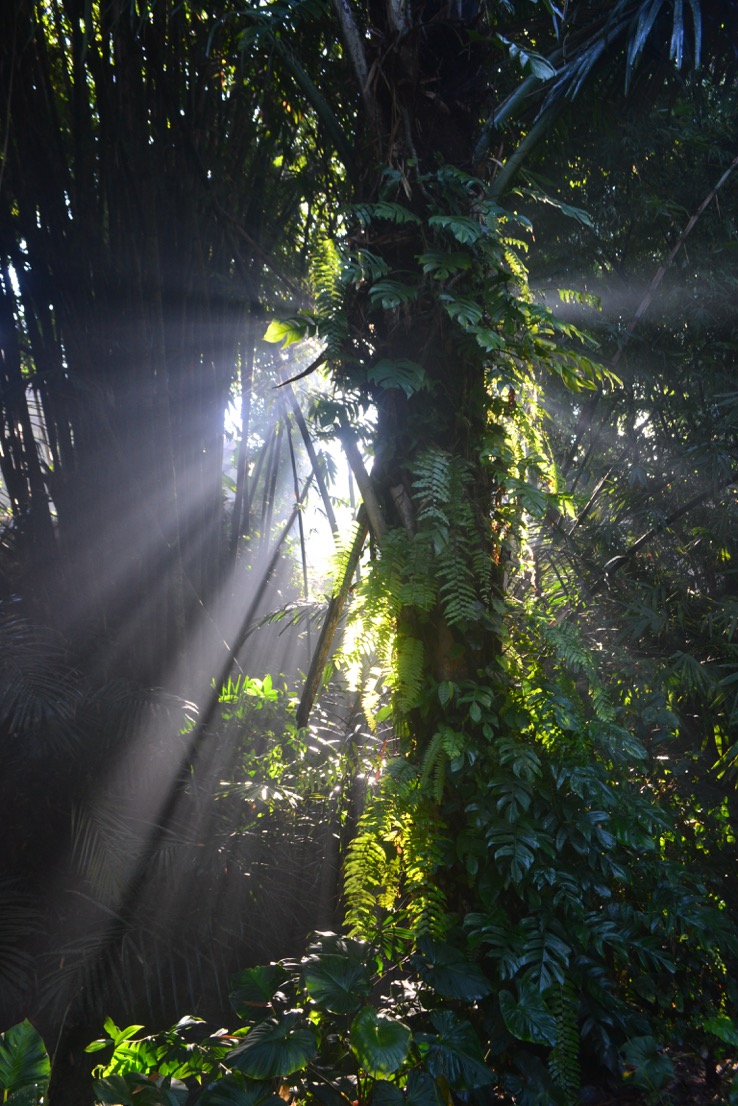 The Dragon Being, very intelligent and wise, was inseparable from She-Soul. It circled high into the skies sometimes up to the outer boundaries of the love-will field in which the planet was embedded.

Eons later… She-Soul was riding a tiger. That was the name of this metallic beast, a red motorbike, and she could feel the dragon looking over her shoulder sitting on the back seat. How it loved the speed and the open air and wind flowing around it. She-Soul knew in order to tame this metallic machine, she had to align with it and not try to force it to do what she wanted but to become one with the machine. Not too long ago she had returned to this island in the tropical belt of the earth, following the voice of her heart, which led her here from the colder northern regions, once more into green abundance and lushness. She was aware of her deep connection with this place. Her heart knew of it and led her here again to re-connect and re-member. Even though she could not consciously remember how it was long, long ago… she intuitively knew it was very different. Yet when she first laid eyes on the place she felt the strong reaction of the opening and expansion of her heart and knew she needed to stay here to explore.

She had traveled many continents and crossed many deep waters flying in the belly of the metal bird – why did her heart lead her here? She only knew that her heart connected deeply to the earth at this place on this island. 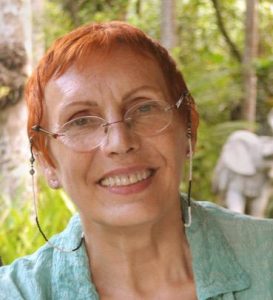 Margret Rueffler, Ph.D. is a transpersonal psychologist, psychotherapist, acupuncturist and permaculture teacher. She is also the founder of Jiwa Damai permaculture gardens and Lagu Damai Foundation in Bali as well as the PsychoPolitical Peace Institute in New York. Through her work with Jiwa Damai, Dr. Margret is affiliated with the NewEarth University’s School of Socio-Economics and Ecology, spreading her powerful message of HeartSelf Intelligence.