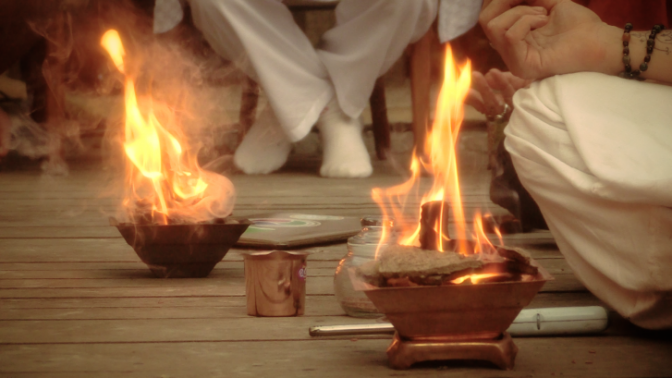 As I write this on the day of the summer solstice, I wonder about the similarity between the words “sol” and “soil”. Both are essential for life on earth. The sun gives warmth and light for photosynthesis. The soil, in turn, receives the sun’s energy which transforms CO2, water and minerals into living plants that grow and become the basis for our food chain.

The soil, itself, is a living ecosystem with thousands of species of single and multi-cell creatures assisting in aerating, transforming and delivering nutrients to the plant roots.

Our precious soil comprises a minuscule portion of the planet. A few inches deep, it is only located on land that is not too rocky, too marshy or too dry.

The word “agriculture” comes from the Greek root agri meaning land and the Latin culture. To “culture” means to develop, elevate or to bring to a higher level. However, today’s conventional farming is certainly not about culturing the soil, it is really a mining operation, using up all the organic matter and natural fertility leaving a lifeless medium poisoned by chemicals. We know what happens when a mine “plays out”. It shuts down leaving a permanent scar on the land. But this is not about copper, coal or gold, this is our food supply!

Yet, in the midst of this crisis that will only end in malnourishment or even starvation, we can hear the wisdom of our ancestors traveling forward through the centuries to nurture our soil at this critical moment.

In recent decades, two ancient secrets of soil renewal have been uncovered. These old technologies, beautiful in their simplicity, can foster a stunning reversal in the loss and degradation of topsoil and increase food production and food quality by leaps and bounds.

Two thousand five hundred years ago, human residents of the Amazon Basin created Biochar, a type of biologically active charcoal, and buried it in the soil. This rich, dark productive soil [known as Terra Preta or black earth] was discovered in the 1950s by a Dutch scientist, Wim Sombrock.

Typically, jungle soils are poor as the nutrients reside mostly in the plants. Mixing Biochar into the soil enabled the retention of vital nutrients, moisture and organic matter for crop growth. This allowed annual cultivation of the same fields rather than slash-and-burn practices required to grow crops on new soil every year or two.

Terra Preta still covers ten percent of the Amazon Basin. Other sites have been discovered in Ecuador, Peru, Benin and Liberia.

Traditional production of Terra Preta was a dirty, environmentally unfriendly process. Modern Biochar production has been refined to burn or recapture the escaping gases in a process called pyrolysis. The carbon is retained in the char, unlike regular wood ash, while the hydrogen and oxygen are driven off. The heat derived from the process can be used to warm a workshop or greenhouse. The char is then “activated” by adding compost or other sources of soil microbes and nutrients.

In addition to vastly improved farming and forest yields, this revolutionary substance can help the planet in many ways;

Since the rediscovery of this ancient technology, scientists have been researching biochar production and many initiatives have sprung up to uncover Biochar’s potential to address multiple challenges simultaneously.

Agnihotra is a small fire of specific natural materials burned in a copper vessel at precise timing related to sunrise and sunset. This practice is well documented to produce myriad positive benefits for all living beings.

Agnihotra is a prescription from Rishis or Wisdom-keepers and codified from six thousand years ago in a body of knowledge called The Vedas. The Vedas bade humans perform Agnihotra in each village to purify and protect the inhabitants, heal the land and provide abundant crops. 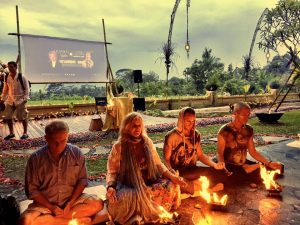 Agnihotra has been practiced by Vedic cultures since that ancient time. But it was only in the 1970s that it was introduced to the broader public by Vasant Paranjpe, a holy man from India. This revival continues to advance today as thousands, perhaps millions of practitioners perceive the subtle yet powerful effects in themselves, their families and their surroundings.

The ash from the fire is collected and used medicinally and as foliar sprays and soil additives. I will address the many scientific findings on the benefits of Agnihotra ash in a future article. Here I will focus on the enrichment it gives to the soil.

In addition to acting as a fertilizer by adding macro and micro-nutrients, research has proven the following attributes of soil treated with Agnihotra ash:

Agnihotra ash applied to soil combined with the effects generated by the Agnihotra fire itself form a massive bio-active field used in a type of Vedic farming called “Homa”. One study undertaken by the Peruvian government confirmed the vastly improved yields, plant health and fruit quality from Homa farming.

Modern “agriculture” began shifting into high gear following World War II, replacing traditional soil-building practices with soil-killing chemical farming. Did the soil, itself, put out a clarion call so urgent that it resounded through time to a distant past. Did our ancestors hear the alarm and pass the sacred technologies of Agnihotra and Biochar through the eons at just the right moment? Maybe just co-incidence?

In any event, we now have the tools we need to heal the soil and nourish ourselves and the planet. Let us pay heed and put these precious gifts to good use. 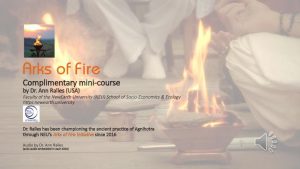