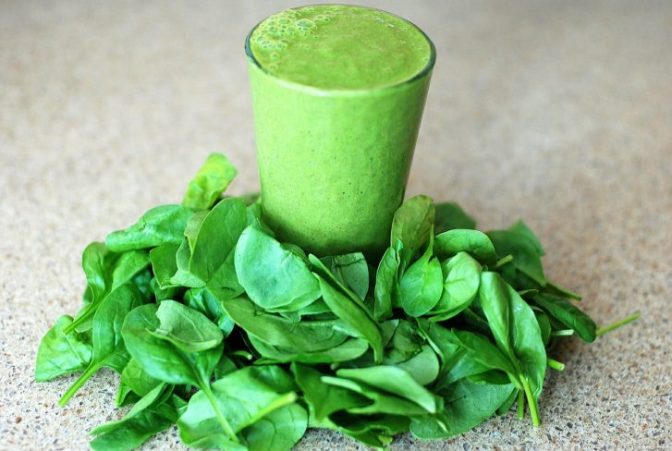 here’s how life-force energy works: it’s all about conductivity pulsing without obstruction…the next thing to understand is that the human body is alkaline

acidic substances, which make up the bulk of today’s mainstream diet, do not conduct energy as alkaline substances do

The more sun-fed and hydrating a food is, the more rapidly it pulses and conducts energy-rich nutrients into the body. Such foods are alkaline and move more easily and effectively through the body, leaving little trace other than pure energy. This is why fresh fruits and veggies are the ideal human food (but be advised that that fruits are not for everyone per the information in my book Detox4Women, which in many cases can also apply to men)!

Alkaline substances carry a negative ionic-charge, whereas acidic substances have a positive ionic charge. When the positive charge of acidic foods meets with the negative charge of the body’s cells and tissues, they stick together in the intestine, creating blockages that contaminate the bloodstream and the body at large. Acidic substances also cause obstructions because—unlike fresh, water-containing, alkaline fruits and vegetables—they are dehydrating. This means they don’t just stick in the alkaline human tissue, but they also stay, long after the moment they are ingested because they have neither the kinetic energy (negative ionic charge from energized electrons) nor the moisture necessary to carry them through the alimentary canal and out of the intestine. They only partially exit the body. Weak intestinal peristalsis and bacterial imbalance, which are common to the modern body, do not help this situation.

The benefits of a highly alkaline diet are well known in health circles and have been the focus of numerous health books. This is because our blood pH is naturally alkaline (7.4). If we eat too many acid-forming foods we will throw our blood pH into an overly acidic, state that is devastating to the whole system. But the other reason that alkaline forming foods are so helpful is that they actually help to magnetize waste matter out of the cells.

You may be familiar with the term “polarity.” Everything in creation has polarity, and in atoms it can be observed in the form of a positive (+)/ negative (-) charge. At the subatomic level, the proton is the positive charge particle and the electron is the negative charge particle. Unfit foods which are acid-forming carry a positive charge. (Note that in this context, “positive” is bad, and “negative” is good.) Acid-forming foods that carry this undesirable positive charge reduce the levels of desirable negatively-charged energy in our body! Acid-forming foods also set the stage for the development of highly acidic, putrefactive waste matter, which we want to avoid at all costs. The overwhelming positive charge multiplies, creates congestion, and prevents oxygen from flowing effectively for vibrant health and well-being. Once cells are clogged with too much acidic material, the body begins to suffocate and one’s Life Force Energy grows consistently weaker.

By the same token, we can also decrease the negative charge that keeps us healthy by being exposed to too many positively charged ions in our environment. If we are “rightly charged” (negatively/alkaline charged) and then start eating acidic foods and spending time indoors under florescent lighting, in front of computer screens, and in a sea of wireless technology, we will compromise this ideal magnetic charge.

Most of us center our lives in and around cities, where we all too frequently complain of feeling tired, lethargic, moody, or simply off kilter. This should come as no surprise, for the human body is designed to live in a fresh, rightly-charged environment. Now, imagine you are standing in front of a television or computer screen. That screen is giving off (+) charged ions. These ions will literally jump onto you and stick to your healthy (-) charged cells, reducing the overall (-) charge of your body.

This constant onslaught of positive ions triggers physical symptoms as well. Headaches, for example, are a very common symptom of sitting in a wrongly charged office all day. Once one goes outside into the rightly charged fresh air, one usually immediately feels better.

Chronic fatigue and colds are also common symptoms. If you are swimming in an acidic pool all day, your immune system is going to be severely compromised…the best way to combat the over-charging effects of the technological world is by eating a steady diet rich in high vibration, raw, unadulterated foods, and by eliminating waste matter from our bodies through colonics, body brushing, deep breathing, and sweating.

a battery of stress

The rush of worry, fear, and shock associated with stress causes free radicals, which carry tremendous acidity, to run rampant through our bodies. Acidity weakens the organs and the conductivity of energy in the body. A healthy, unobstructed body will recover from a temporary state of stress, but a body weak in Life Force Energy could easily “overdose” on the negative emotions. If the body is so deeply impacted with waste and awash in acidity, any further stress could put one over the edge in the form of a heart attack, a stroke, an ulcer, etc. In order to correct this and enable yourself to recover quickly from a major stress, you need to have adequate alkaline reserves. You get these reserves from eating high vibration, natural raw foods and immersing yourself in joyfully activities.”