The Ancient Power Of Chanting (Mantra) Validated By Modern Science 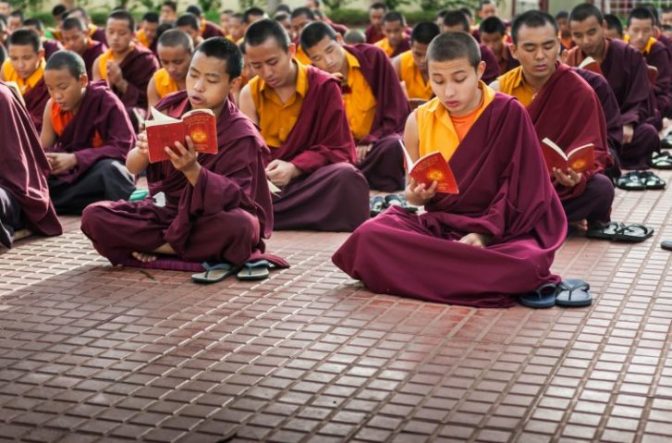 Connecting the spiritual to the scientific seems to be a trend in today’s world, with people yearning for proof before trusting in certain practices.

The method of chanting (mantra) is ancient, and long before science could support it, it was used to heal and ignite the higher self. Today, science has given us the ability to connect in a whole new way to this technology.

Whether chanting correctly or incorrectly, knowingly or unknowingly, carefully or carelessly, chanting has been touted as a useful tool for physical and mental well-being.

Virtually no tradition, no culture, is void of chanting for some form of spiritual or health practice. Recitation of prayers, in Hindu, Buddhist, Christian, Islamic, and Hebrew traditions, often serves as a means to either invoke Divine entities or heal people. More interest in the present day has arisen from this age-old practice, with people interested in the use of chanting for health and wellness.

There are various sciences behind mantric chanting. “Some of these are the ‘hard’ science—physics, psycho-acoustics, etc.,” says Jonathan Goldman, an American author, musician, and teacher in the fields of Harmonics and Sound Healing. “Some of these are spiritual sciences such as the different yogic practices that work with sound.”

Years ago, Dr. Herbert Benson, professor, author, cardiologist, and founder of Harvard’s Mind/Body Medical Institute, observed how mantric chanting can help induce the Relaxation Response. The response is defined as the individual’s ability to prompt their body to release chemicals and brain signals that cause muscles to relax, respiration to slow, and blood pressure to drop.

Dr. David Shananoff-Khalsa, the Director of The Research Group for Mind-Body Dynamics at UCSD’s BioCircuits Institute and a member of the UCSD Center for Integrative Medicine, presents the idea that mantric recitation encourages the tongue to stimulate the acupuncture meridians inside the mouth.

Dr. Ranjie Singh, a neuroscientist, writer, businessman, and global educator, found that chanting specific mantras releases the hormone melatonin, and this in turn offers many benefits, including tumour shrinkage and enhanced sleep.

Chanting has been found to oxygenate the brain, reduce heart rate, improve blood pressure, and calm brainwave activity. It can even cause the left and right hemispheres of the brain to synchronize.

Dr. Alfred Tomatis has utilized the sounds of Gregorian Monks to stimulate the ears, brain and nervous systems of clients. His work is very important with regard to the scientific and medical uses of sound and chant. He found that certain sounds that are particularly high in vocal harmonics will stimulate and charge the cortex of the brain and the nervous system. Some years ago, there was a very popular recording of Gregorian chanting that occurred just when this research was being made public. I know that many other types of chanting from different traditions have very similar effects. These are just a few of the hard physical phenomenon of mantric chanting that have been observed. There certainly are others, as well.

When we are feeling physically or mentally ill, we seek help. Envisioning a world where chanting becomes among the top recommendations for prompting shifts and changes in the body and mind may seem a difficult task, but with the awareness surrounding self-created sounds for healing and well-being continuously growing, let’s hope we embrace chanting’s power on a grander scale sooner rather than later.