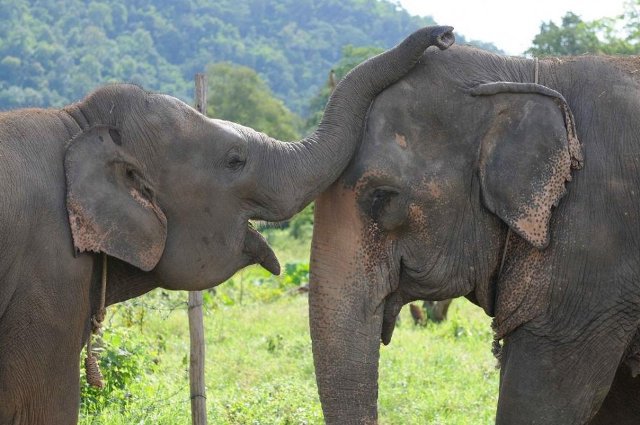 Humans have excused much of their behaviour toward animals, both loving and cruel, under the misguided belief that they aren’t smart enough to understand what’s going on. We view our pets, for instance, as having unique personalities that draw us in, but we don’t necessarily envision them knowing their own uniqueness in the world, or knowing they can make decisions to advance their own well-being.

We’re aware that dolphins, primates, and elephants have the ability to recognize themselves in mirrors. We’ve discovered that chickens can forgo an immediate treat for a larger reward later on. Yet still we act as though animals are devoid of most feeling and reason.

The discussion about animal cognition has led to some pretty intriguing discoveries, and in just the last few years, researchers have uncovered facts about the abilities of creatures most of us would have never considered to harbour the intelligence they do, and are learning even more about species already known to have advanced abilities.

Dutch primatologist Frans de Waal is one of many scientists whose open mind and yearning to better understand the intelligence of animals has led to many breakthroughs on the topic. In his book, Are We Smart Enough to Know How Smart Animals Are?, de Waal gives hundreds of examples of shocking intelligence from non-human species, even unearthing many instances in which animals seem to be smarter than we are:

Chimpanzees, for instance, can easily beat humans at recalling a set of numbers that was displayed for a fraction of a second.

Octopuses can learn to open pill bottles protected by childproof caps, which many humans can’t figure out on their own.

Dogs and horses, among many species that spend time around humans, are able to recognize body language queues that are lost on us.

Many species can do stuff we can’t even imagine: bats that map out space with echolocation; birds that figure out the complex mechanics of flight and landing; and ticks that identify passing mammals by the smell of butyric acid.

We know human animals are extremely smart. We know that, in so many ways, we rule the kingdom that is Planet Earth. We know this because we have forced, both intentionally and unintentionally, so many other species on the globe to fit into our world. But our greatest strength is also one of our biggest downfalls, as it has overshadowed our understanding and compassion for non-human life. What we can’t seem to wrap our heads around, for the most part, is that other species may actually be just as clever as us, but in their own ways.

As De Waal explains, “It seems highly unfair to ask if a squirrel can count to ten if counting is not really what a squirrel’s life is about.” “The squirrel is very good at retrieving nuts, though, and some birds are absolute experts …. That we can’t compete with squirrels and nutcrackers on this task — I even forget where I parked my car — is irrelevant, since our species does not need this kind of memory for survival the way forest animals braving a freezing winter do,” he continues.

“Almost every week there is a new finding regarding sophisticated animal cognition, often with compelling videos to back it up,” he writes. “We hear that rats may regret their own decisions, that crows manufacture tools, that octopuses recognize human faces, and that special neurons allow monkeys to learn from each other’s mistakes. We speak openly about culture in animals and about their empathy and friendships. Nothing is off limits anymore, not even the rationality that was once considered humanity’s trademark.”

The facts are there, and new research continues to unfold shocking discoveries, but it’s really about us humans being smart enough to understand that we’re not the only smart ones. And then, the real test from there, is to see if we can use that understanding to act accordingly and change our ways.