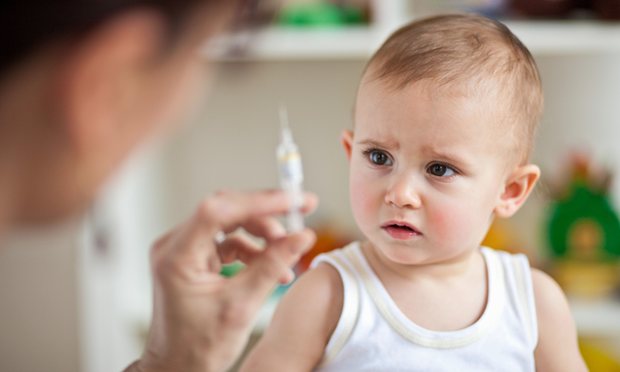 Vaccinations have long been a controversial talking point. We are told that in order to achieve and maintain good health, we must get vaccinated, but not everyone accepts this view.

In fact, many nurses and midwives, for instance, choose to promote anti-vaccination on social media or in person, saying vaccines are neither necessary nor even advisable. But now the Nursing and Midwifery Board of Australia is warning that those who do this could face prosecution. The board urges the public to report any instances of people spreading “misleading and deceptive” materials.

“With no exceptions we expect all registered nurses, enrolled nurses and midwives to use the best available evidence in making practice decisions. This includes providing information to the public about public health issues,” announced Chair of the Nursing and Midwifery Board of Australia (NMBA) Dr. Lynette Cusack.

The new stance is the result of reports that a “small number” of practitioners have been spreading anti-vaccination views on social media.

“Midwives and nurses are highly regarded and trusted members of society and people take their advice very seriously,” noted Hannah Dahlen, a professor of midwifery at the University of Western Sydney and the spokeswoman for the Australian College of Midwives. “I agree that they have a very serious obligation to provide the best available evidence, and it is of course concerning that some are taking to social media in order to express a position not backed by science.”

New regulations call for all reports of anti-vaccination promotions to be investigated thoroughly. And if the nurse or midwife in question is found to be breaking their professional obligation to support scientifically-backed health advice, their ability to practice medicine fully could be impeded. The most serious cases could result in harsher penalties, like having their registration suspended or even cancelled altogether.

“The NMBA is taking this opportunity to make its expectations about providing advice on vaccinations clear to registered nurses, enrolled nurses and midwives,” said the organization.

The new regulations follow Australia’a newly appointed “No Jab, No Pay” law that came into effect on January 1st, 2016. Under this policy, you can “conscientiously object” to vaccinating your child due to philosophical, religious, or “I read things on the Internet” reasons. However, doing so allows the government to withhold family payments of up to $15,000 each year.

Not all parents agree with the no jab law, however. Dr. Judy Wilyman, who has studied the vaccination topic since 1993 (when she immunized her first child), says that the “injection of substances into the human body is an individual’s choice and if people are being refused jobs, welfare benefits or places in schools then this discrimination is infringing on our human right to choose what we inject into our own bodies – our right to bodily integrity.” She also noted that when she tried to debate her academic research, media outlets decided “not report the other side of the vaccination debate.” She claimed to be attacked by consumer lobby groups and that “media censorship” on the issue has prevented “proper debate of this health issue in Australia.”

The WHO says vaccinations prevent up to 3 million deaths annually from diphtheria, tetanus, whooping cough, and measles. The organization also claims an additional 1.5 million deaths could be avoided if global vaccination coverages improves.

The biggest concern regarding the enforced punishments of anti-science messaging from healthcare professions is the worry the movement will simply retreat further underground.

“The worry is the confirmation bias that can occur, because people might say: ‘There you go, this is proof that you can’t even have an alternative opinion.’ It might www.goo

in fact just give people more fuel for their belief systems,” Devlin noted.

Related CE Article: The Top 6 Reasons Why More & More Parents Are Choosing Not To Vaccinate Their Children