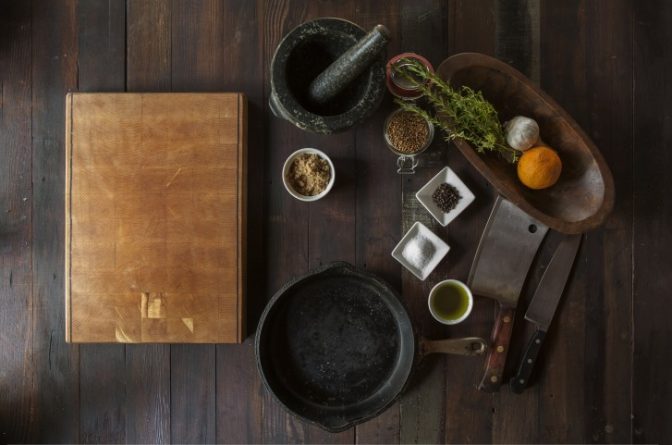 In recent years, we’ve been hearing a whole lot about antioxidants, chemicals that neutralize harmful free radicals in our bodies. Free radicals are highly charged oxygen molecules (having either one too many or too few electrons) that are formed mainly as a natural byproduct of breathing, but also from exposure to food additives and pesticides, UV light, cigarette smoke, exhaust fumes, and chemical pollutants.

Not satisfied in their unstable state, free radicals roam the body, stealing mates for their unpaired electrons from unsuspecting cells. These biomolecular bandits have so far been linked to dozens of illnesses, including cancer, arteriosclerosis, and arthritis, as well as to premature aging.

Widely touted as “fountains of youth,” antioxidants provide the best defense against these scavengers–either by blocking their production or by serving as biochemical kamikazes, allowing themselves to be ransacked by free radicals in place of healthy cells.

Vitamins A, C, and E, along with beta carotene (a precursor to vitamin A), are the best-known antioxidants. But none of these make their way often enough (and in sufficient quantities) into the Western diet, which tends to be heavy on fats and carbs and low on antioxidant-rich fruits, veggies, nuts, and seeds.

Indeed, it is estimated that less than 10% of Americans regularly consume five fruits or vegetables daily, the National Cancer Institute’s recommended minimum. Of course, supplements are always an option, and in recent years both C and E have become bestsellers for vitamin retailers nationwide. (Vitamin A can be harmful in very high doses, and so folks tend to steer clear of this one in supplement form.)

But for those who prefer to get their nutrition out of the ground rather than out of a plastic bottle, there’s good news: the latest antioxidant research is pointing to other natural sources that–with a sprinkle here and a dash there–can easily be incorporated into the American diet. We’re talking here about herbs and spices.

“One way to see herbs is as compact sources of the nutrients present in foods, with relatively little of the space-consuming water and calorie content,” says Lorilee Schoenbeck, N.D., a naturopathic physician in private practice at the Champlain Center for Natural Medicine in Shelburne, Vermont.

“When you look at herbs as highly concentrated foods,” she adds, “then it is not surprising that, ounce-for-ounce, herbs often contain much higher concentrations of given nutrients or chemical compounds. Frequently, though not always, antioxidants are among these.”

Their compact nature alone may give herbs and spices an advantage over vitamin E, since most natural sources of this important nutrient (plant oils, nuts, etc.) will add inches to your waist faster than they’ll replenish your antioxidant arsenal.

Medical botanist Jim Duke, Ph.D., among the world’s foremost authorities on healing plants, recommends leafy herbs in particular as potent sources of antioxidants.
“Green leaves in general are richer in antioxidants than other plant parts, because that’s where the oxygen is produced,” he says.

Retired since 1995 from the United States Department of Agriculture, he continues to maintain that agency’s phytochemical database (www.ars-grin.gov/duke/). “You can go to my database and ask how many, and how much, of each antioxidant compound there are in some 3,000 herbs,” says Duke, who is also the author of The Green Pharmacy (Rodale Press, 1997), a handy guide to plant-based remedies.

In Green Pharmacy, Duke advises drinking two antioxidant teas a day as part of a broader fit-for-life plan. Some herbs suitable for steeping are oregano, rosemary, bee balm, lemon balm, peppermint, sage, spearmint, savory, and thyme, all of which have been shown to contain significant levels of antioxidants.  These and other antioxidant-packed herbs and spices can also be sprinkled in salads or used to flavor your favorite vegetable, pasta, or meat dishes. Many can be found dried, crushed, and packaged at the local grocery.

But, as with fruits and vegetables, fresh-from-the-garden herbs and spices are optimal, says Beverly Yates, N.D., of the Center for Natural Health Care in Portland, Oregon. “Ideally, people should consume freshly picked herbs and spices, preferably grown in their own gardens so they know exactly what the growing conditions are.”

But while fresh may be best, it takes effort and patience to grow your own.  The nutritional supplement makers know (and are banking on) this, and as word spreads about the antioxidant powers of herbs and spices, more and more are showing up on store shelves in pill form. But are supplements a good way to get your herbs?

“I agree with the conservative nutritionists and AMA physicians that the best way to get [antioxidants] is through a balanced diet,” says Duke. “But how many Americans take time for a balanced diet? Better they pop the antioxidant pill than do without.”

For Schoenbeck, whether or not a person should take antioxidant herbal supplements depends on that person’s overall health picture.

A 30-year-old nonsmoking vegetarian who shops organic, exercises regularly, lives in a rural area, and has no family history of heart disease, cancer, or any of the other major diseases associated with free-radical damage can properly skip the supplements, she says. But the 45-year-old city dweller who smokes, eats processed foods, or has a strong family history of one of the aforementioned diseases, should take his antioxidants any way he can get them.

Still, Schoenbeck warns, antioxidants are no elixir. “Here in Western society, it seems we’re always looking for the fountain of youth–and the magic bullet that will provide it,” she says. “Antioxidants have existed as long as food has. They have been quietly exerting their antiaging effects on the people who consume healthy foods for generations. Our current preoccupation with them as ‘miracle cures’ speaks more to how far we, as a society, have gotten away from eating healthy food and living in nontoxic environments than it does to their ability to prevent every disease imaginable.”
“Sometimes,” adds Yates, “you see people smoking heavily, no exercise, fast food all day, and so on, eating handfuls of antioxidants of various kinds, thinking that they are being healthy and that the little natural pills will undo the rest of their unhealthful, harmful habits. It’s like putting a Band-Aid on a hemorrhage; it is simply not enough in those cases.”
————————————————————————
LIST OF ANTIOXIDANTS
————————————————————————
Many dozens of herbs and spices are known to contain antioxidant compounds. Below is a list of just some of the more potent ones. For advice on which to take and in what amounts, consult a trained herbalist, naturopathic physician, nutritionist, or M.D. As a rule, pregnant women should consult their obstetricians before taking any herbs.
BILBERRY: Compounds called anthocyanosides give bilberries their antioxidant punch; this berry and its relatives blueberry, cranberry, and huckleberry, can aid in protecting the eyes in particular from free-radical damage. ? SAGE: Another powerful antioxidant, but not to be overdone. According to medical botanist Jim Duke, this spice contains a fair amount of thujone, a compound that can cause convulsions if consumed in large quantities.

GARLIC: Yes, this blood-pressure-lowering, bad-cholesterol-busting bulb is also a potent source of
antioxidants.

GINGER: This age-old nausea remedy contains the antioxidant zingerone, which, according to naturopathic physician Lorilee Schoenbeck, “protects against oxidative damage to fats.” Mince a few slices of fresh ginger root and add to your favorite stir-fry.

ST. JOHN’S WORT (Hypericum): This mood-booster is also a good source of antioxidants. “If you squeeze one of the little yellow flowers of the St. John’s wort plant,” says Schoenbeck, “a dark red pigment will bleed from the petals. This pigment is the result of Hypericum’s very high content of the bioflavenoids rutin, hyperin, quercetin, and quercitrin, all of which act, in part, as antioxidants. With 11.7% of its content in bioflavenoids, Hypericum is one of the most concentrated herb sources of antioxidants.”

ROSEMARY: Studies have shown this herb to be a powerhouse, endowed with the potent antioxidant rosmarinic acid, plus about a dozen other free-radical-zapping compounds. Use as a spice or in tea to help ward off cancers, heart disease, and the effects of aging.

TURMERIC: Much has been written about the mighty antioxidant powers of this bright orange-yellow Indian spice (which are due largely to a compound called curcumin). Says Beverly Yates, N.D., “Turmeric is a potent antioxidant and anti-inflammatory, used clinically to treat inflammatory conditions like arthritis, muscle sprains and strains, and swelling due to injury and trauma of all sorts, including surgery recovery and accidents.” Research also suggests that turmeric may help to ward off certain kinds of cancers, while promoting vascular health.

MILK THISTLE: This herb has proven effective as a general liver tonic and specifically as a liver detoxifier.

PEPPERMINT: Long heralded for its abilities to calm distressed digestive tracts, this herb is now also earning a reputation as a powerful antioxidant.

GREEN TEA: Green tea is chockful of polyphenols, compounds that, Schoenbeck notes, “have antioxidant capabilities greater than vitamin C and E.” Green tea has been linked to the prevention of stomach, colon, pancreatic, lung, and breast cancer.

PURSLANE: Jim Duke gives this potherb/salad green high marks, describing it in his Green Pharmacy (Rodale Press, 1997) as “exceptionally rich in antioxidants,” especially vitamins A, C, and E, as well as a compound known as glutathione, an immune-system booster.

OREGANO: Like rosemary, this traditional Italian spice brings the added benefit of rosmarinic acid and more than a dozen other antioxidants.