Archaeologists Announce The Discovery Of A 3,700 Year-Old Pyramid In Egypt 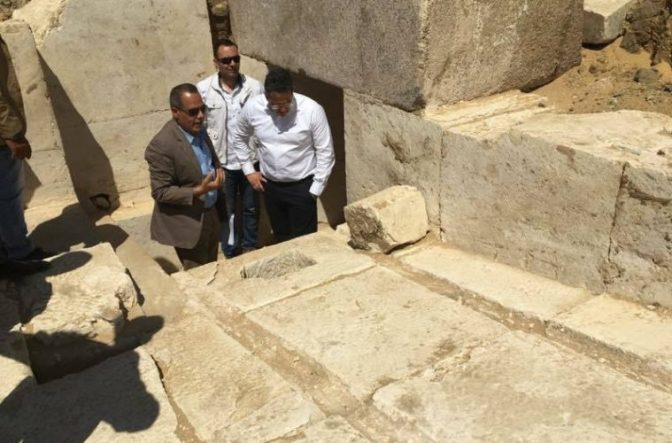 A land steeped in ancient history and thought to be the birthplace of Western civilization, Egypt — and its monuments in particular — continues to mystify and intrigue historians and archaeologists. The majority of these monuments reside on the west side of the Nile, known as the Land of the Dead. And on the east side of the Nile, monuments were reserved for the use of the living.

A prosperous and highly religious people, Egyptians took advantage of the land they lived on and its great resources. A nation of perfectionists, their attention to detail served them well throughout their industrious endeavours. Because the Egyptians believes their kind a mortal god, who became one with the immortal gods when he died, it became necessary to protect his body, and so the attention to proper burial came to be, hence the giant pile of solid stone.

Along with the pyramids serving as tomb, they also functioned as a temple complex for the deified Pharaoh.

An interesting thing to note is that the bodies one would assume to find in the pyramids weren’t there, or anywhere else, for that matter! So many discoveries remain to be uncovered despite what we already know, and this is perhaps the most exciting part of it all.

Now, Egyptian archaeologists have announced a new discovery that is likely to further intrigue, and potentially stir up more questions.

The team found a pyramid believed to be 3,700 years old, dating back to ancient Egypt’s 13th Dynasty.

Found just north of the remains of the infamous Bent Pyramid belonging to King Sneferu, the newly discovered monument resides 20 miles south of Cairo, according to the head of the Ancient Egyptian Antiquities Sector, Mahmoud Afifi. 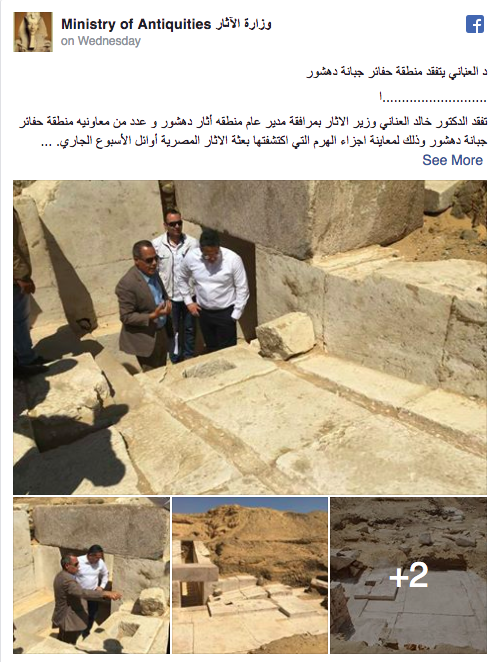 The newly discovered pyramid’s remains consist of its inner structures, including a corridor that leads to a lobby that comes from ground level and up to a ramp on one side, and interior walls and columns covered in hieroglyphics.

“The text is written on the cartouche (hieroglyphics stating the name and title of a monarch) is for King Imani Kamau, one of the kings of the 13th family,” the Egyptian Ministry of Antiquities wrote in a Facebook post.

Because the outer workings are missing, the team must rely on the remains available to determine the size of the pyramid. They believe that the bent slopes on the side could represent one of the very first attempts at constructing a smooth-sided pyramid, like that of King Sneferu.

A pharaoh of the Fourth Dynasty, his pyramids included funerary complexes, like the Dahshur necropolis (or large cemetery of an ancient city), which served as the burial site for courtiers and high-ranking officials. It was his Bent Pyramid, however, that has stood out in modern times the most, as it represents one of the first structures to show the transition of pyramids shapes.

The ministry said: “All the discovered parts of the pyramid are in very good condition and further excavation is to take place to reveal more parts.”

Hopefully further digging and exploring of the texts will reveal more about the ancient structure’s secrets.