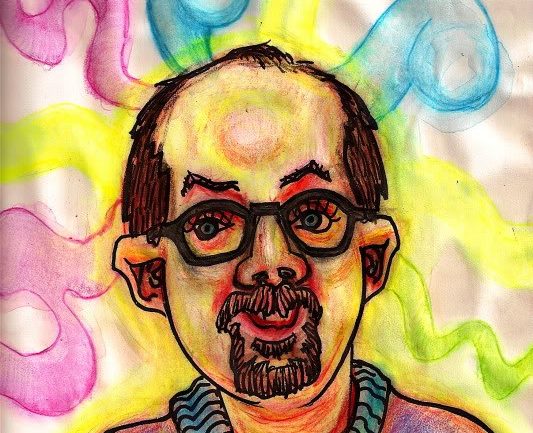 Bryan Lewis Saunders is an artist from Virginia who likes to explore the outer limits of consciousness, and reports his findings using art (specifically self-portraits) as the medium of communication.

To date, he’s completed over 9,930 self-portraits – but the most interesting by far are the ones he has produced while under the influence of mind-altering drugs.

In 2012 Saunders told Wired magazine he’d decided to do a self-portrait every day for the rest of his life so that he “could die knowing that I tried to experience as much as possible when I was alive.”

“All day every day, images and feelings of the world come into me and it’s inescapable,” he wrote to Wired. “So I thought if I did a self-portrait every day for the rest of my life, with no rules, the world and I could be more linked to my nervous system.”

On his website, in an explanation of the “Drugs” portraits, Saunders writes:

“After experiencing drastic changes in my environment, I looked for other experiences that might profoundly affect my perception of self.”

He devised an experiment in which every day he took a different drug and drew himself under the influence.

“Within weeks I became lethargic and suffered mild brain damage. I am still conducting this experiment but over greater lapses of time. I only take drugs that are given to me.”

Check out 30 of Saunders artistic altered states below, and to see even more of his work click here.