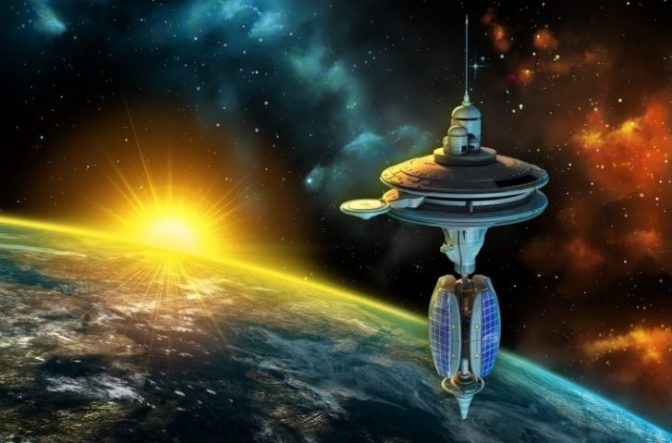 (Editor’s Note:  At this time, New Earth has no opinion on the content of this article, but it is being posted so that we may contemplate the implications of such a concept coming to fruition, and what that may mean for humanity.  Please use your own discretion while exploring this article.)

Life, as we know it, resides on planet Earth. There have long been speculations that humans may have the potential to live elsewhere in the universe, but the majority of us just find ourselves fantasizing, or even shutting off from the idea because it’s almost too much to handle. But with recent news that planet Mars might be able to sustain human life, and the possibility that humans may already be on Mars,  it seems anything is truly possible.

But there’s more than just the Red Planet on our radar, plans for the “first nation state in space” have been revealed by a team of scientists and legal experts, who claim the move will allow for peace, create access to space technologies, and give citizens of Earth protection.

Called “Asgardia,” the team says that the “new nation” will become a member of the United Nations. It will have its own flag, anthem, and be made up of members of the public through a series of competitions. The floating nation has the potential to host 100,000 citizens.

Dr. Igor Ashurbeyli of the Aerospace International Research Center revealed the plans in Paris—the same day he became chairman of UNESCO’S Science of Space committee. He claimed that Asgardia will hopefully “flourish free from the tight restrictions of state control that currently exist.”

The mission behind the “nation,” according to Ashurbeyli, is to serve as protectors of the Earth, and will begin by constructing a shield to guard Earth from debris, asteroids, and coronal mass ejections coming from the sun.

The project’s website says Asgardia “will offer an independent platform free from the constraint of a land-based country’s laws. It will become a place it in orbit which is truly ‘no man’s land.’”

It is thought that this new nation will be made up of one satellite, which is scheduled to launch next year. As for the citizens, Ashurbeyli said:

“When the number of those applications goes above 100,000 we can officially apply to the UN for the status of state.”

An online registration form is encouraging applications for citizenship. The first 100,000 that qualify will be granted an automatic in. It is still uncertain how people can become a citizen in the future, however, and a wall will be resurrected between Asgardia and Earth.

As for why people should register to become citizens of this new “space nation,” Ashurbeyli said: “I do believe that as soon as this country becomes a part of the UN family, citizenship of that country will be really quite prestigious.”

Asgardia was named after the city in the sky ruled by Odin in Norse mythology, and will get going in late 2017, when the team looks to launch a satellite into low-Earth orbit.