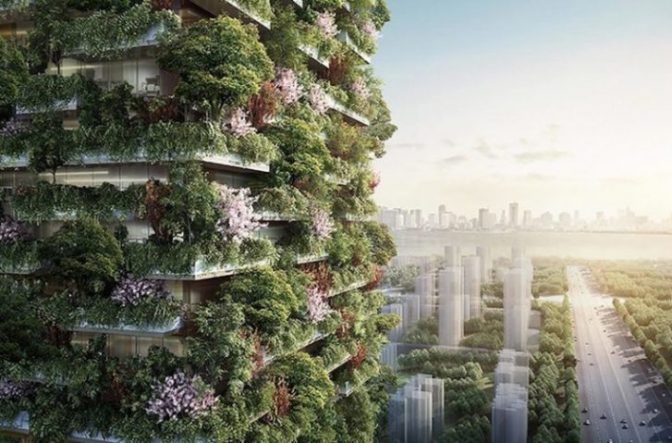 Every year, more and more people move out of the country and into cities, causing megacity air pollution to rapidly become hazardous to both the environment and public health.

Outdoor air pollution has risen 8% since 2011 according to WHO data.

“We have a public health emergency in many countries. Urban air pollution continues to rise at an alarming rate, wreaking havoc on human health. It’s dramatic, one of the biggest problems we are facing globally, with terrible future costs to society,” explained Dr. Maria Neira, Director of Public Health at the WHO in Geneva. “The cost for countries is enormous. Air pollution affects economies and people’s quality of life. It leads to major chronic diseases and to people ultimately dying,” she continued.

Historically, China has been plagued by air pollution, but its air quality has actually improved since 2011, with WHO reporting that only five of its cities remain in the worst 30. And now there’s more promising news for the country.

The new Nanjing Towers in China will soon let people breathe oxygen that is 3,000 times purer than the city air by producing 132 pounds of oxygen every single day. More than 3,000 plants comprised of 1,000 trees and almost 2,500 shrubs from 23 different local species will create a vertical forest that absorbs carbon dioxide.

The concept is being brought to Nanjing thanks to Italian architect Stefano Boeri, who popularized it in Milan. Each of the two Nanjing towers will stand tall, at a height of 656 feet and 354 feet respectively, rising above the Nanjing Pukou District, an area that will, according to a press release, hopefully pave the way for modernization efforts in the south of China’s Jiangsu province, and help develop a Yangtze River economic zone. Nanjing Yang Zi State-owned Investment Group Company Limited, an investor in the project, is promoting the towers.

The taller tower is expected to hold offices, a museum, a green architecture school, and a rooftop club, while the second tower will host a 247-room Hyatt hotel and rooftop swimming pool. The structure’s 65-foot-high podium will include shops, restaurants, and a conference hall, and balconies will allow inhabitants get up close to the greenery on the building facades. Boeri says the trees and cascading plants will help to regenerate biodiversity in the area.

The green towers mark the first of their kind not just in China, but in all of Asia as well. The architecture firm behind the project has plans to design vertical forests elsewhere, including Shanghai, Guizhou, Shijiazhuang, Liuzhou, and Chongqing. The Nanjing Towers are expected to be completed in 2018.

It’s great to see that Nanjing is taking such a statement seriously with the help of an architect who puts responsibility for human health and environmental health — considered an afterthought for so many years now — on the front line.