Astrology 101: What You Need To Know About Birth Charts, Cycles, & Deep Astrology 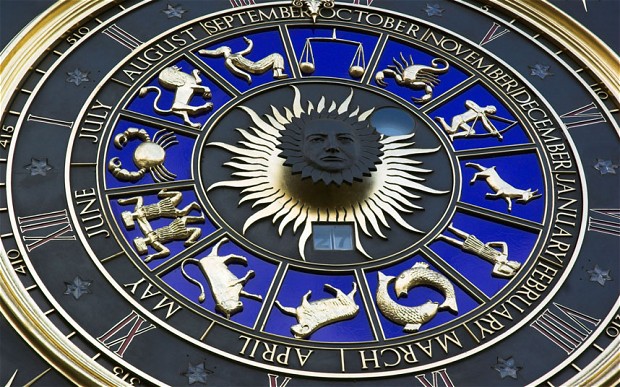 By Cassius Methyl
Have you ever wondered what the Pentagram actually means? How about the Star of David (Seal of Solomon), or the Sumerian 8 pointed Star of Inanna?

Your soul is a snapshot of the Solar System at your time of birth. A photograph. 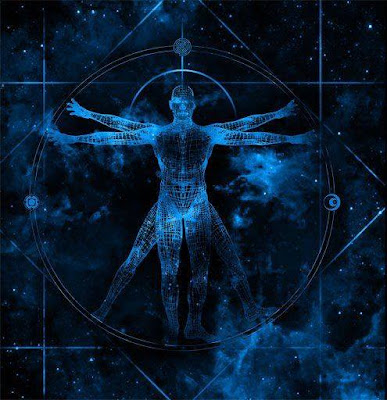 The geometric angles made between planets in the sky at your time of birth, in your birth chart, define the inherent characteristics of your soul. Along with the constellations the planets are in, this is how astrology works- it’s a mix of geometric angles made between planets, and the constellations the planets are in (the 12 constellations of the zodiac, as all planets except the dwarf planets are on the Ecliptic Plane). If you go deeper, the individual stars that align with your planets also define you, and every degree of every sign is different.

Looking at your birth chart, an astrologer can tell you your deepest inherent characteristics with 100% certainty. Without ever having met a person, an astrologer can take your birthchart and tell you who you are, down to the most private and hidden aspects of your soul.  Astrology is the clock upon which all events occur, the measure of why every individual behaves in their unique inherent way, and the one sure way to understand the future and the past.

Uranus and Pluto- The Synodic Cycles of Revolution 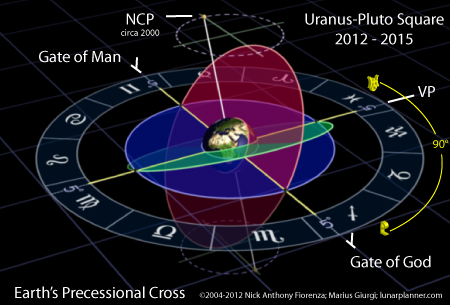 For example, Uranus governs intuition and the flow of thoughts, ideas, creativity, and revolution. This is more than a mere metaphor; when Uranus makes angles in the sky to slow moving Neptune or Pluto, the effects are seen for years, and revolutions literally occur.. Historically, the accuracy of these cycles is proven again and again.

2012-2015, a kind of awakening has occurred globally, has it not? In 2013, Egypt saw the largest protests in the history of the world, drawing over 20 million people.

These revolutions of the mind and outside the mind were predicted in the 60’s and 70’s by astrologers- we’re currently living through the Uranus Pluto Square.

This was the aspect held in the birthcharts of revolutionaries born around 1933- including Martin Luther King, John Africa from Philadelphia activist group “MOVE”, and more.

After 1933, the next angle between Uranus and Pluto was the sextile, 1942-1944. In this era, the next wave of revolutionaries were born including Huey P Newton of the Black Panthers (Who founded the Black Panthers with Bobby Seale of the 1933 Uranus square Pluto generation). If you look close, there is a common characteristic between these generations who share the same outerplanetary angles. 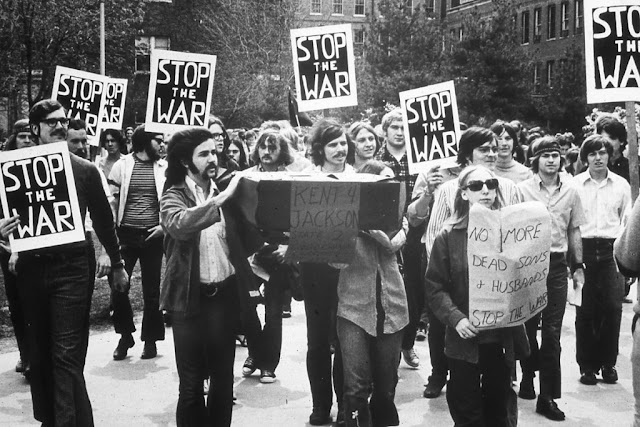 So tell me this; why were the 1960’s so revolutionary? What made all of those people decide they wanted to protest, try psychedelics, form a new culture, and transform like that? Americans certainly didn’t inherit those ideas from their parents or peers, so where did the waves of culture come from?

As with any generation, those born in that era of time permanently have that energy embedded into them. Uranus is the seat of nearly all of the characteristics of the 60’s; Uranus is Aquarius, ideas, revolution, creativity, experimentation, freedom, music and the arts, everything that defines the 60’s.

Pluto is a powerhouse, an incomprehensibly powerful beam of light that adds voltage to anything it touches. In the charts of billionaires, Pluto is conjunct Jupiter (the planet of wealth and abundance). In the charts of serial killers, Pluto makes harsh angles to Mars, like Joseph Stalin’s Mars-Pluto Opposition. So in the 60’s, Pluto added power and intensity to revolutionary Uranus, and look at what came out of it.

To sum it up, here are the 7 most revolutionary eras and generations of the 20th century. This goes for the whole world:

Predictive Astrology – Eras of Life and the Outer Planets 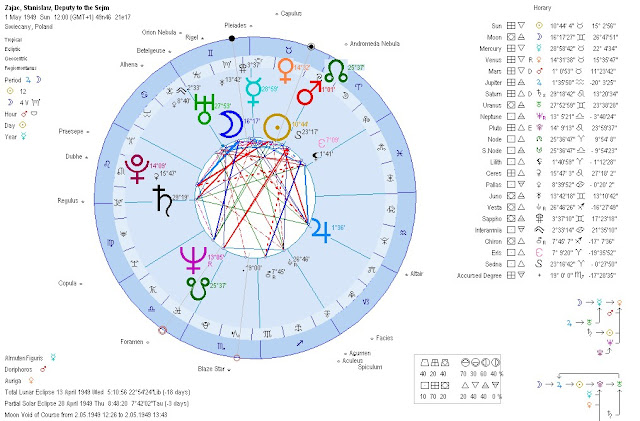 It works like this; the planets in the sky at any given moment, they make angles to your birthchart.

If you take your birthchart, and lay it on top of a chart of any given moment, and then see what angles are made between the planets at that moment and the planets at your birth, you have the code of that moment in time and you can accurately predict how you are going to feel, and what is likely to happen.

For instance, if Neptune were at 15 degrees Pisces, and your natal (birthchart) Pluto were at 15 degrees Sagittarius, Neptune would be squaring your Pluto. This is because Neptune’s current position forms a 90 degree angle to where Pluto was at your time of birth- a Square. If Neptune were instead at 15 degrees Aquarius, it would be sextiling Pluto. That would be a positive and transformative aspect, rather than a shocking, bottomless pit of Neptunian depth mixed with Plutonian intensity like a Neptune-Pluto Square would be.

Over thousands of years, people have analyzed what happens when individuals experience certain angles.

For example, when Neptune squares a person’s natal Pluto. When that angle happens to a person, an astrologer takes note of what happens to them. Once multiple people are observed experiencing the same angle and they all have the same things in common happen to them, you have tangibly determined the effects of an astrological angle.

Over time, astrologers have defined every single angle, with razor sharp accuracy.

Because it is as tangible as mathematics, anybody can start interpreting astrology with just a bit of effort- all you have to do is use a Synastry Calculator like this one to calculate a person’s angles they are experiencing at any given time. Or if you’re experienced, all you need is the charts.

Then to see what era of their life they are in, you look at the outerplanetary angles- the angles made to their planets by Jupiter, Saturn, Uranus, Neptune, and Pluto. These are angles that last months, or a few years.

For instance, if you’ve gone through a Pluto transit, such as Pluto Conjunct Sun, you’ve had your life completely transformed from top to bottom over the span of about 2 years. A devastating or life changing event was probably the trigger of this; it exploded on you, and your life was transformed for a year after that. If you are Sagittarius, you experienced Pluto conjunct your Sun somewhere between 1996 and 2008. If you are Capricorn, your experience comes 2008-2024.

After you know the angles you’re experiencing, you can do a simple google search to see what happens to a person when they experience an angle, such as Neptune Square Sun.

Various websites and blogs have accurate, time tested definitions for these angles. If you google an angle, you will come up with a good idea of what will happen to you when the angle strikes through objective reasoning and research. However, nothing quite compares to feeling the angle itself and then understanding what it’s like.

Through this understanding, an astrologer can take your chart and tell you years in advance when eras of extreme change strike.

The Angles of Astrology and Ancient Symbolism 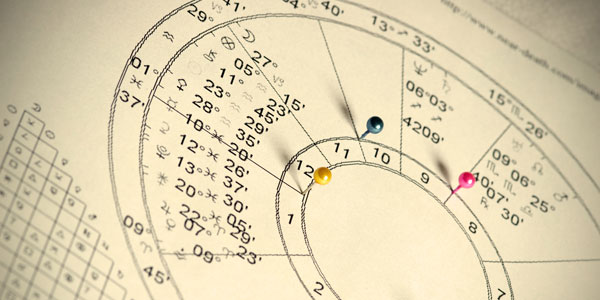 The primary angles in Astrology include the Conjunction, Opposition, Sextile, Trine, and the Square. Other equally significant but less known angles include the Sesquiquadrate, Quintile, Decile, Semisquare, Semisextile.

The Trine and Sextile are the ‘easy’ aspects, the positive ones.

These are the angles of reward, gain, peace, happiness, pleasure, and the smooth flow of ideas and energy.

This is one trine – (when two planets are this many degrees apart, a line is drawn between them in a chart):

This is one sextile –

A Grand Trine is 3 trines, a perfect triangle:

And a Seal of Solomon is 6 Trines and sextiles:

The Star of David or Solomon’s Seal is composed of 2 triangles on top of eachother- These are 2 astrological Trines. A Sextile is an astrological angle very similar to the Trine, but not as strong- a Sextile is a 60 degree angle formed between 2 planets- or 2 points next to eachother on the Seal of Solomon. The Seal of Solomon is thought to be nothing but a symbol of the astrological Trines and Sextiles; that’s why it can be found in ancient cultures all over the world.

The 8 pointed star of Inanna represents the malefic angles. It would make sense, as Inanna/Ishtar is the goddess/god of War, Greed, and Lust.

The Square and Opposition are considered primarily malefic but not unnecessary to the balance of life, causing disaster, problems boiling over, tension, hard lessons, and a need to use the tense but fiery energy towards something constructive. Squares or Oppositions between certain planets are not malefic, but most are. For example, Jupiter improves and expands everything it touches. It’s almost impossible for Jupiter to be malefic.

The Opposition is the angle of war itself. 9/11 occurred on an exact opposition of arguably the 2 most destructive planets, Saturn and Pluto (When Saturn was in the US War aspect of Saturn in Gemini).

This is one Square:

This is 2 Squares, or a T-Square- 2 Squares and one Opposition:

This is the Grand Cross Configuration, an extremely tense and energetic configuration of 4 Oppositions and Squares. This is found in the birthcharts of people like Charles Manson:

Conclusion:
Astrology is not a vague or imagined thing. It’s entirely tangible like mathematics; observable by multiple people, the same in each observation during multiple different circumstances.

This is the beginning of a series of articles on astrology that will delve even deeper into the topic. 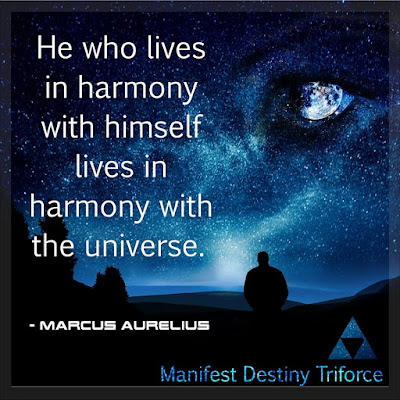 About the author: Cassius Methyl is an activist, the founder of The Free Communities Movement, the founder of Tryptamine Astrology, an experimental musician, and a journalist with The Anti Media. “
Found @ Manifest Destiny Triforce