Astronomers Just Did What Einstein Said Was Impossible: Weigh A Star With Gravity 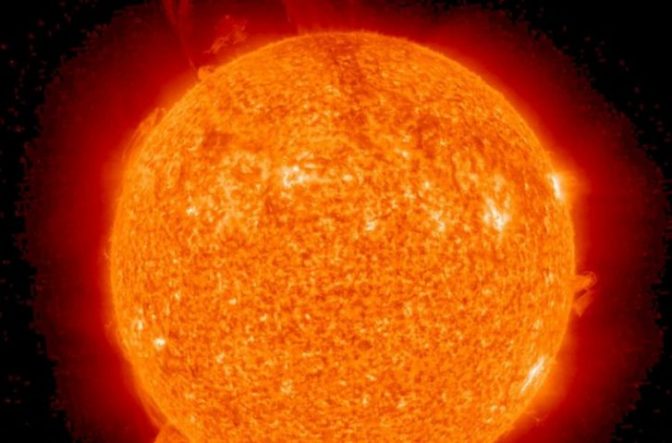 Society has come to respect Albert Einstein for his astonishing intellect, particularly after he mapped out his famous theory of general relativity. However, one of his predictions, which he never thought would be directly observed, has recently been proven correct.

Astronomers have now taken Einstein’s prediction of the light of a distant star being warped and magnified by the gravity of an object in its path and put it into real time. They have used the prediction to solve the mystery of a white dwarf star’s mass — an event thought only possible in theory up until now. The new findings represent a breakthrough in our understanding of the evolution of galaxies, including or own.

“The research . . .  provides a new tool for determining the masses of objects we can’t easily measure by other means,” said Terry Oswalt, an astronomer at Embry-Riddle Aeronautical University.

A few decades after he published his theory of general relativity, Einstein was asked by a colleague if the concept could be used to calculate the weight of star. The famous physicist replied that, while in theory it could be done — one star passing in front of another resulting in the closer star’s mass distorting the light of the star behind it — actually trying to do the experiment, he said, was impossible.

“There is no hope of observing this phenomenon directly,” Einstein, who doubted that two stars would ever line up so perfectly, wrote in a December 1936 issue of the journal Science.

The phenomenon, called gravitational lensing, involves the light being deflected by twice the amount expected by classical Newtonian laws of gravity.

However, Einstein wasn’t able to predict the future, and so couldn’t have known that one day a telescope would be built that was so powerful it could see galaxies in the making 10 billion light-years away. He also couldn’t have known we would launch it into space. The Hubble Space Telescope was the instrument astronomers hoped would prove Einstein’s prediction of light bending right, but also defy his claim that we’d never see it in action.

Kailash Chandra Sahu, lead author and astronomer at the US Space Telescope Institute, and his team analyzed more than 5,000 stars in hopes of finding the asymmetric alignment. They ultimately landed on white dwarf star Stein 2051 B, which was due to be asymmetrically aligned with a distant star in March 2014.

As the supposed position of the background star changed, researchers used the measurements to estimate the white dwarf star’s mass. They concluded it to be about 68% that of our Sun.

“The ring and its brightening were too small to be measured, but its asymmetry caused the distant star to appear off-centre from its true position,” Oswalt said.

Up until now, scientists have been unable to pinpoint Stein 2051 B’s mass and composition. In fact, for over a century, it was believed the sixth closest white dwarf to our Sun had an unusual composition, low mass, and an iron core. The new findings reveal it actually looks like an average white dwarf, with a fairly high mass and carbon-oxygen core.