Atomic Music: Carbon is the “Middle C” of Chemistry 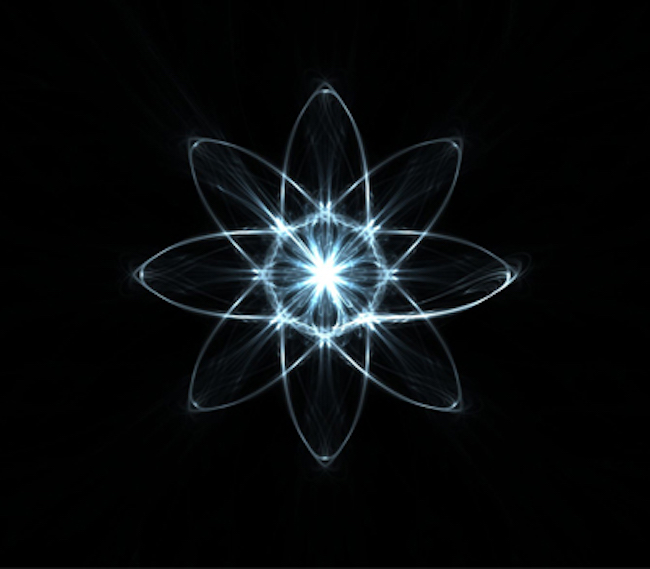 Knowledge of chemistry has existed for over 10,000 years. The major metals like Copper, Lead, Gold, Silver, and Iron were mined and used as raw materials for a variety of purposes including jewelry, containers, and tools. Charcoal (carbon) was in use 5,000 years ago for the refinement of bronze. Carbon-12 is the most common form, comprising almost 99% of all carbon in existence, and is important because it is the standard by which the atomic mass of all nuclides are measured.

As shown in the atomic model above, Carbon-12’s nucleus is comprised of 6 protons and 6 neutrons (the red and white circles) orbited by six electrons. The prolific and highly stable nature of Carbon-12 made it the perfect candidate for an international agreement upon a standard of Unified Atomic Mass Units. These atomic mass units are defined as 1/12 of the mass of one carbon-12 atom. If you look at the periodic table, the next element (Nitrogen) has a relative atomic mass of around 14 and Oxygen has an atomic mass of 16. This cycle continues throughout the table. Why was Carbon-12 chosen as the standard by which all other atoms are measured?

Notice that Helium’s atomic number is 2 and it has a mass of 4. This doubling effect continues during the first two periods (rows of the periodic table). In the third, fourth, fifth, and six periods however, the atomic mass becomes exponentially larger than that double ratio. By the time the table reaches Radon, the atomic mass (222) reaches almost triple the atomic number (86).

In my last article I pointed out that the first 88 elements on the periodic table climax in a series of radioactive elements. These 88 elements could each be laid down on one of the 88 keys of a piano keyboard.

When atomic mass is cross referenced with acoustic pitch frequencies, a recurring pattern emerges. As musical pitch ascends through the octaves, the “mass” of its frequency (compression waves measured in cycles per second) also grows exponentially.

Carbon seems to be a key to understanding the relationship between science and music theory. The six protons and six neutrons at the center of Carbon correlate to the twelve notes of a chromatic musical scale. You can visualize this balance as two interlocking hexagons; the protons as a whole-tone scale (C D E F# G# Bb) and the six neutrons as the other whole tone scale, located a half-step away (C# Eb F G A B). So the six protons and six neutrons of Carbon-12 map onto the two interlocking hexagrams of a chromatic musical scale. However, these twelve “notes” make up the nucleus of Carbon and are bound to one another. In musical terms, this unity suggests a fundamental tone, also known as the “root” or “tonic” of a musical scale.

The center of a piano is called “Middle C” and the atomic letter associated with carbon is “C”.

Interpreted musically, the base-12 nucleus of Carbon functions as a holographic image of the full chromatic scale. Just as holographic film contains the whole image within each cell of the film paper, all twelve potential notes are contained within the Carbon-12 nucleus.

When Carbon-12’s nucleus is assigned the musical note “middle C”, the six electrons that orbit it become analogous to the remaining six notes of the C major scale (DEFGAB).

Just how deep does this rabbit hole go?