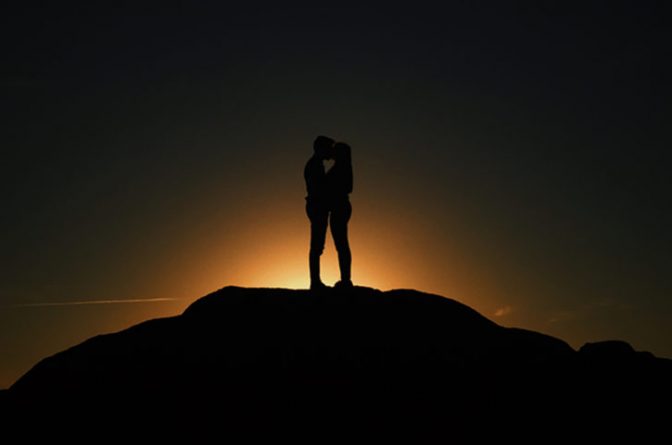 because one and one make two.  But you must also understand “and.”

It seems crazy but it’s true: we typically breed our prize animals with more conscientious care than we breed ourselves! Think about it—in everything from purebred dogs and cats, to horses and farm livestock, to exotic pets like birds and fish, attention is paid to nourishing the physical health of the breeding stock before mating, since this results in more robustly healthy offspring.

And amazing as it may seem, there is a lot of research to suggest that our important influence as parents begins even before pregnancy—and not just because of our genes.  Research from scientific fields as varied as cell biology, genetics and consciousness studies finds that an individual’s optimal lifelong health is powerfully influenced by his or her parents’ state of mind and behaviors beginning as early as conception!

In every endeavor from baking cookies to navigating a sailboat to growing corn, the choices made at the very beginning of a project determine important aspects of the trajectory toward its outcome.  As dynamic, changing systems, they are subject to a central tenet of chaos theory, “sensitive dependence upon initial conditions.”  The same applies to human development, which is also sensitively dependent upon initial conditions—beginning far earlier than we ever realized.

For example, neonatologist Jean-Pierre Relier highlights embryological research showing that as early as the 2-cell stage of development, a newly fertilized zygote’s supply of cellular receptors for a critical IGF (intrauterine growth hormone) can vary due to several factors—among them, the emotional state of the mother around the time of conception.  Relier emphasizes the fundamental importance of emotional “equilibrium” of both parents at this stage, for healthiest development of the embryo and placenta.

Stress hormones in the newly pregnant mother negatively influence vascular organization in the placenta; a healthy placenta prevents intrauterine growth retardation, prematurity, maternal hypertension, and toxemia—conditions that can seriously impact a baby’s development in lasting ways.  Thus, an individual’s optimal lifelong health is powerfully influenced by his parents’ thoughts and feelings beginning this early.  The recognition of that responsibility can be daunting, but it is also empowering!

The Quantum Power of Thought

When you have a thought or feel a feeling, you make a series of chemicals that instruct your body—right down to each cell—to adapt to suit a world that corresponds to those thoughts and feelings.  Under stress, we create a biochemical profile that orients our cells toward a posture of defensive protection, rather than robust growth.  The power of our thoughts and feelings to fundamentally shape our well-being has been firmly established through research in the mind-body science of psychoneuroimmunology, but we have only just begun to seriously consider how our inner life might influence the “initial conditions” of conception.

We tap into a rich dimension of human development when we broaden our perception of what happens in the “simple” process of fertilization of the egg by the sperm (and, indeed, when we ask ourselves if fertilization equals conception.)  Einstein and his colleagues founded modern physics on the principle that the “simple” act of observation changes the nature of a physical system, leading them, as parapsychology researcher Dean Radin puts it, “to think deeply about the strangely privileged role of human consciousness.”

*** Here I am with an impromptu 4-minute CliffNotes of the matter on YouTube! ***

Masaru Emoto’s research found that different kinds of thoughts—messages spoken or written—influenced the molecular shape of frozen water crystals.  Messages such as “You fool” or “I hate you,” resulted in disorganized, messy, and incomplete (“ugly”) crystalline structures, while messages such as “Truth” and “Love” resulted in symmetrical, organized (“beautiful”) crystals.  (The message that consistently yielded the most perfect crystals was “Thank you.”)

Emoto is the first to disclose that his studies are not done following rigorous scientific protocols, but other scientists have indeed done tightly controlled studies on the power of the human mind on water.  Bernard Grad at McGill University, in studying whether mental depression might produce a negative effect on growth of plants, had patients suffering varying types of depression hold vials of water for thirty minutes.  That water was then used to water carefully monitored houseplants, and there was a measurable difference in plant growth, which correlated with the various mental and mood states of the vial holders.

Psychologist William Braud has done extensive studies of this kind within the human realm, in which subjects influence various physiological systems of distant individuals (for example, their heartrate or blood pressure) through mental intention.  Though this entire area of mind-matter research is continually dismissed by skeptics as “pseudo-science,” the sheer volume of serious studies seems to challenge not only the skeptics, but our culturally accepted framework of how our world works, and how we fit into that world.

In these studies and many others from the new biology and mind-body sciences, we see the evidence of thought as an organizing principle.  This carries brave new implications for human development at its very beginning.  What an opportunity we have at conception to offer a new physical being thoughts and actions that invite harmonized, healthy organization and growth.

Recall neonatologist Jean-Pierre Relier’s data, demonstrating that the difference in a mother’s emotional state can make a difference in how robustly growth hormone is utilized by her offspring at just 2 cells of age.  Within the conventional framework of how we perceive ourselves within the universe, a framework in which something’s importance and significance is related to its size, there is the tendency to think, How could anything have a lasting impact so very early, when there is just one or two or twelve cells?

But when we recognize human beings as dynamic systems whose workings can be illuminated by chaos theory, and we again consider chaos theory’s central tenet of “sensitive dependence on initial conditions,” doesn’t it make sense that a very positive, or very negative, environmental message would bear the most pervasive influence upon a tiny, emerging system, considering that each cell division will replicate that cell’s “knowledge” again and again?

The Power of the Welcome

Ancient Vedic literature refers to the importance of conception as a moment that both captures and reflects the nature of the consciousness of the parents, and lays that portrait down as a gossamer watermark upon the new being—intangible, yet lifelong, a fundamental organizing principle underlying everything else, including DNA.

Data from embryology, cell biology, neonatology, epigenetics, and even quantum physics suggest that human conception indeed involves more than physical fertilization of the egg by the sperm.  One of the few authors who have explored the expanded dimensions of conception, body psychotherapist Albert Pesso writes, “To have a place in the world of the mind, we must first exist as an image in the mind of another.  That is, we must first be given a place in the mind of another…”  Psychiatrist John Sonne writes,

… babies are conceived psychogenetically at the same time that they are conceived physically. The manner of their conception becomes an unthought known as part of their being—something known but out of awareness—that will prenatally and postnatally influence all the baby’s postconception experiences, including the baby’s relationship with himself or herself, with others, and with God.

The “unthought known” of an intended or unintended conception can be seen as a sort of psycho-biological mandate, a tendency toward life and growth—an existential Yes—or a tendency away from life and growth—an existential No.  There is quite a body of clinical psychoanalytic research suggesting that there is indeed a tendency at work, however intangible, away from life in individuals whose conceptions were not intended—or, at the very least, lukewarmly welcomed.

Two compelling case controlled studies found that planned infants at three months of age showed higher levels of cognitive capacity and attachment to their mothers than did unplanned infants; and babies whose conceptions weren’t planned—but whose mothers received the same quality of prenatal medical care as had the mothers of the planned babies—were 2.4 times more likely to die within the first 28 days of life than those babies whose conception had been planned.

It just may be that—as mentioned above from neonatologist Relier—a mother’s (or father’s!) lack of emotional equilibrium, which negatively impacts optimal distribution of intrauterine growth hormone receptors on the surface of the newly fertilized ovum, is one causal pathway involved in the connection between unplanned conception and the higher risk of neonatal death.  In this case, as early as the two-cell stage of development, the (chemical) message is, Don’t grow.

Please understand that this is not about placing blame on, or provoking guilt in, those who have conceived children without planning to do so, since for one thing, I would be blaming well over 50% of the parenting population!  Not at all, that’s not what this avenue of discovery is about.  Rather, it is firstly about compassionate awareness for our children and ourselves, about the important stories of how we entered Life, and how that informs our lifelong experience.

It is secondly about the unprecedented understanding of our creative power as human beings and the roles we can actively play in our own evolution toward a more sustainable, loving and healthily interdependent humanity.  This is about the mysteries of the human adventure.

We optimize our animals through conscientious physical preparation before breeding, but it may be that we will only realize the highest potential available to us as humans if, along with attention to their physical wellbeing, prospective parents include in their pre-conception preparation that most unique, human intelligence, the power of imagination.

How Do You “Do” Attuned Conception?

The idea of bringing consciousness, awareness, even reverence, to the act of sexual union may seem antithetical to passion, but it need not be so.  No cumbersome rituals are needed—and are only of use if they have true meaning for both partners.  No sprinkling of rose petals, smudging with sage, or burning of incense required!  Just the simple, and simply powerful, awareness that you are participating in the most important, auspicious and mysterious collaboration of all, inviting new life to grow—within your shared life and within the body of the mother.

Your pre-conception awareness and conception consciousness can take whatever form has meaning to you, and can be as uncomplicated as this, courtesy of author Laura Uplinger in The Marriage of Sex and Spirit:

During the months leading to the conception of my child, I was aware that my body was to become a vessel for the making of a new human body. My husband and I sent out a call to the universe—as if posting an ad on a galactic website—stating who we were and what we could offer to a soul who wished to join us. We carried on our daily activities in a mood of solemn expectation and profound surrender: was a soul going to be drawn to us?

On a clear May morning when the air was full of the scent of spring blossoms, we welcomed the soul of our child as we conceived.  “Dear One,” I recall saying inwardly, “if we are conceiving your physical body this morning, may you have a vast and luminous life.”

Marcy Axness, PhD., is an early development specialist, parent coach and author of Parenting for Peace: Raising the Next Generation of Peacemakers. An authority on adoption, prenatal development and Waldorf education, Dr. Axness is a popular international speaker and has a private practice counseling parents-in-progress. She considers as her most important credential being mother to Ian and Eve, both in their twenties. Marcy is offering New Earth readers a free copy of her “7-Step Guide: Helping Your Child Release Stuck Behaviors” ebooklet, a unique bodymind tool for parents to use with children of all ages.