Avatarism: How to Consciously Create Who You REALLY Are 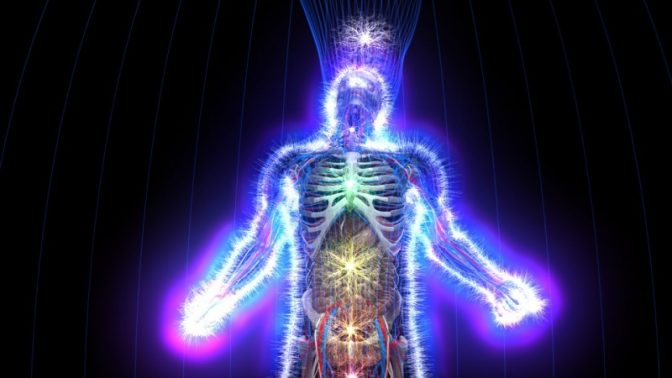 Every morning when we wake up, we choose the “character”/role we are playing throughout the working day. For the business people, the “suit” embodies the role you are playing as business man, for those in the personal training world, the gym attire embodies fitness professional…whatever the working role is, you put on your “costume” to become that role.

When the working role is fulfilled, you step out of that “costume” into who you choose to embody in your “off hours”, another “character” you are consciously creating that is the embodiment of all that is you. The thing is, this day to day activity is so natural/organic to us, that we don’t tend to step back and analyze the behavior, we just do. We are who we are at work, we are who we are outside of work, and we are who we are in the multitude of manifestations that are in alignment with the activities we are choosing to partake in.

But, if we do step back and analyze the why/what/how of who we choose to be every day, we can take ourselves to a higher dimension of existence, by creating a new “constitution” of who we really are.

The concept for this construct is called, Avatarism. Avatarism was created, defined, and refined by the actor/author/transformational teacher Alexander Polinsky, who describes the “game”, by saying:

“Avatarism had it’s start at the Burning Man festival,  but it’s roots are deep in the ancient sanskrit idea of “Avatara.” Loosley translated it means gods inhabiting human bodies and walking the earth, but that is a narrow explanation. Avatarism is how a group of people, all over the world, seem to have developed or learned God-like or superhero-like confidence, the ability to accomplish their dreams and goals with ease, and the ability to live out their highly personal vision that they themselves have envisioned. Encouraging and supporting the individual honing of the will through focused play and persistence, and the upholding of others on the journey is at the heart of this movement. Avatarism encourages people to begin to design in great detail, new and carefully chosen skill sets, characteristics, goals, and aspects of themselves. As the game is played, the player crafts a new and richly embodied personality and finds themselves permanently up-leveled. Seeking and embodying gurus, teachers, archetypes from history and fantasy may be involved; the warrior, the poet, the god Pan, Rainbow Bright, Batman, Buddha, Jesus, James Dean, Kermit The Frog, Kali, Tara, Tesla, Dr. Who, Conan the Barbarian, Albert Einstein, Leonardo Da Vinci, Leonardo DiCaprio and Leonardo the Ninja Turtle to name a few.

The process of skill collection, archetype embodiment and the other ideas that comprise Avatarism don’t have to be taken seriously, but they are important. Avatarism is a dance towards personal excellence more than it is a march towards perfectionism. Avatarism is an open source game/philosophy for people attracted to radically changing themselves away from the current life/brain programs they may be running. We are, all of us, collections of moments and memories wet wired to a heart mind and body. You are not some stoic and frozen being unable to change!  It is your birthright to be changeable and modifiable.

Avatarism is a great philosophical model for rebellious souls, hardcore gamers, fantasy players, festival goers, hopeless romantics, seekers of truth, lovers of beauty and anyone attracted to the idea that life is a game, meant to be played. The game of conscious character creation is easy to start and hard to stop, Simple to begin and hard to master. Think about how tough it is to change a habit or learn a complicated new skill. Usually people undertake to change themselves for a health reason or to learn a new skill to make more money. While playing the game may correct bad habits, and allow you the confidence to make more money Avatarism is not a means to an end. This game is a life-long pursuit in the direction of the betterment of self,  for the good of self and the rest of mankind. This game has no end. The ongoing goal is to consciously create a personally fermented culture of awesome, and never stop. (finish article here: Avatarism.org)”

So when you think about Avatarism, look at the mythology of Super Man. Super Man is always the (almost) indestructible, faster-than-a-speeding-bullet, masterpiece of a man…but he puts on the suit to “become” normal-guy Clark Kent. Super Man is never not Super Man, he just has to disguise himself to the regular world to “fit in”.

We play it “safe” by being our own versions of “Clark Kent” to conform with the social constructs that culture deems “normal”. However, the reality is, we can be the “Super Man” every day once we claim who we are, who we want to be, and how we would like our lives to really look. Understanding and owning your “Avatar” is a way to navigate the game of life fierce, fearless, and most importantly having fun.

We recently interviewed Alexander for our Liberation Frequency podcast, where he discussed all the how-tos and whys of Avatarism, which we will be posting on Thursday (12/11).

To learn even more about how to consciously create your own “character”, be sure to visit the official website for Avatarism, and connect on Facebook at Facebook.com/Avatarism to get your own character worksheet.