How To Avoid Autoimmune Disease – Part 1 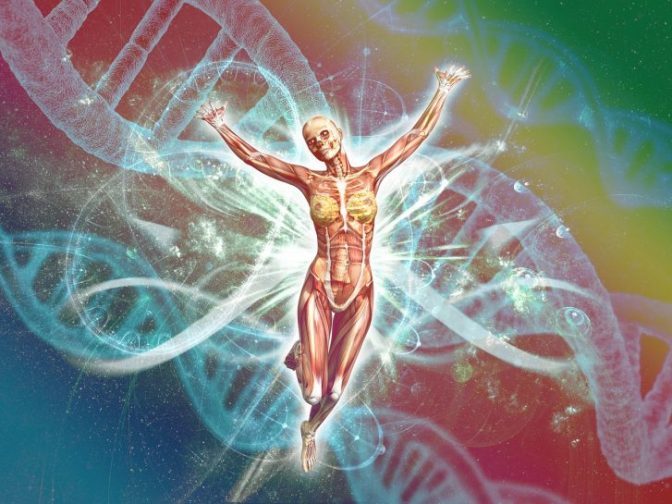 It seems that these days there is a real epidemic of immunity problems, so knowing how to avoid autoimmune disease, and the things that are most likely to cause it, is becoming more and more important.

We remember when growing up several decades ago that you hardly ever heard of older relatives or family friends having health issues that were autoimmune diseases. In fact, one hardly heard of cancers (except lung cancer from smoking), diabetes, irritable bowel disease and other diseases that are so prevalent today.

Back then it was extremely rare to hear of these diseases in children, adolescents or young adults. Sadly that is not the case today. Diabetes and thyroid conditions are now rampant in the younger population. Breast cancers are affecting women at increasingly younger ages. Autoimmune diseases such as multiple sclerosis are affecting people in their twenties and juvenile rheumatoid arthritis is affecting young children.

You may have heard it said that 70-80% of our immune system resides in our gut, and that a well functioning gut with a good balance of bacteria is critical to good health. This is true, and from a functional medicine perspective is what we should all be striving for. Certainly, the vast majority of disease and ill health stem from guts that have been damaged by poor food choices, over indulgence and, to a large extent, over prescription of antibiotics killing off good and bad gut bacteria without discrimination. But, unless you are very fortunate, your local doctor is unlikely to tell you that maintaining a healthy gut and minimising inflammation is how to avoid autoimmune disease.

Even without damage due to antibiotics, the single most important cause of gut issues is inflammation caused by the food and drinks we consume and the toxic ingredients known as “food additives” that are put into processed foods to give colour, flavour, shelf life and a taste that consumers become hooked on – ever tried to stop eating Pringles when a can has been opened?

However, due to the gut issues that gluten can pose for so many people, and not just people suffering from celiac disease, the single greatest danger for gut health is the over emphasis on and consumption of wheat, rye and barley in the so called “Western diet”, which has now unfortunately been exported around the globe and is now affecting populations in developing countries.

Our blood system also contains immune response cells, known as T cells and B cells, which are really important in combatting cancerous cells and viruses and bacteria in the blood. Anything that upsets the production of T cells and their function is to be avoided.

A 2014 paper entitled, “Role of Western diet in inflammatory autoimmune diseases,” looked at the impact of diet on immune response. It states that white adipose tissue, aka fat in anyone overweight or obese, is not an inert tissue devoted to energy storage but is now recognised as being an endocrine organ in its own right, which releases many pro-inflammatory mediators and is capable of adversely affecting the production of our T cells. This is clearly not good news for a strong immune response when needed to fight cancer, viruses or bacteria.

The Battle Against Chemical and Environmental Toxins

Our bodies are under constant assault from tens, if not hundreds, of thousands of chemicals that have been developed in the last 70 years. All of these are viewed as foreign invaders to us since they are not naturally occurring in nature so that we would have become habituated to them over the development of the human species.

We sense the danger posed by these foreign invaders and mount an immune response to combat them, but since these are not living organisms, antibodies cannot be manufactured against them. Nevertheless, our immune system is repeatedly being called upon to defend us, and our bodies are in a near constant heightened state of immune response.

This does not bode well for immune systems that may already be weakened by inflammation elsewhere in the body.

What form do these chemicals take? Well just about everything we buy has the potential to have chemicals in it:

In order to combat this onslaught, we all need to practice Positive Intentional Living and really think about our habits, food choices and lifestyle, and whether they are health promoting or not. We all are guilty of doing the same thing habitually without thinking about its health consequences. But when you ask yourself the question, Is there a better way of doing (fill in the blank) with a more positive impact on my health? It really is not so hard and becomes a life and health changing experience.

So far we have identified that our immune system can be depleted by sub-optimal gut function and blood cell function as a result primarily of food choices and toxic chemicals. But stress also has a large impact on immune function and is known to suppress the immune system in the gut. Chronic stress can lead to a whole host of diseases including cancers, which will often be diagnosed in someone who has suffered a major emotional trauma (bereavement, divorce, financial loss etc.) within the previous year or so.

Stress is ever present in our society due to financial and job pressures together with family pressures of juggling work and children, and, increasingly, extended and blended families. Learning to manage and minimise stress and finding ways of releasing stress through exercise, being in nature, spending time with friends, meditating or whatever truly relaxes you (other than merely turning to alcohol or recreational drugs) is so important.

Combatting and managing stress cannot be over emphasised as a really important part of how to avoid autoimmune disease.

How to Avoid Autoimmune Disease – Part 2

In Part 2 we will be giving you tips on how to avoid autoimmune disease including:

T. Cragg is also a principal participant in CoolWellbeing Foundation