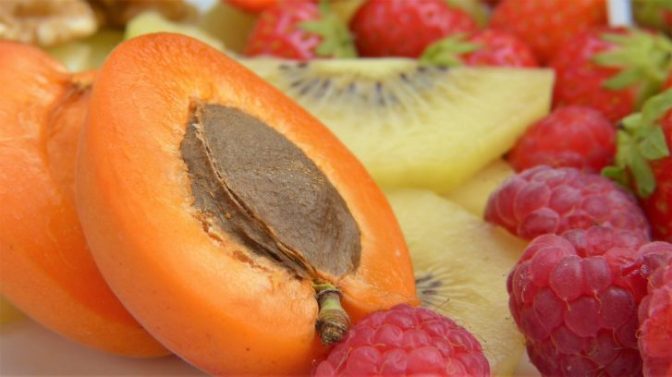 NaturalHealth365) According to the U.S. Centers for Disease Control and Prevention (CDC), 5.5 million Americans are currently living with Alzheimer’s disease.  Beginning with mild cognitive impairment – including memory loss – this form of dementia has Western medicine baffled. If only they knew more about the power of nutrition – especially how B vitamins can help reduce the risk of brain disorders.

In fact, new research shows that a combination of B-complex vitamins can help preserve brain volume while preventing and even reversing mild cognitive decline – possibly slowing down the onset of Alzheimer’s disease.

Researchers have long considered levels of the amino acid homocysteine to be a biological marker, or predictor, of Alzheimer’s disease – meaning that elevated levels are linked with an increased risk of developing the condition.

But homocysteine may play a more destructive role. Many researchers feel that this pro-inflammatory substance is also a potential cause of the brain damage associated with Alzheimer’s disease.

Giving credence to the theory is the fact that raised homocysteine levels are frequently found in patients with mild cognitive impairment – a condition which often precedes the development of Alzheimer’s disease.

And, research has shown that high levels of homocysteine can impair circulation to the brain, while causing increased oxidative stress and damage to the blood-brain barrier. In addition, homocysteine increases levels of beta-amyloid proteins associated with Alzheimer’s disease.

B vitamins can lower homocysteine and arrest cognitive decline

According to a study published in International Journal of Geriatric Psychiatry and involving patients over 70 years old with mild cognitive impairment, daily doses of 0.8 mg of vitamin B9, 0.5 mg of vitamin B12 and 20 mg of vitamin B6 caused participants to experience homocysteine levels 30 percent lower than that of the control group.

In patients with elevated levels of homocysteine, the vitamin treatment conferred major benefits – markedly improving cognition and memory. The team concluded that B vitamins appeared to slow cognitive and clinical decline in people with mild cognitive impairment – and was particularly effective in those with elevated homocysteine.

As expected: researchers are calling for more study, saying that the next step is to see if this treatment will slow or prevent the conversion of mild cognitive impairment to dementia.

Can B vitamins slow the onset of Alzheimer’s disease?

Loss of brain volume is an unavoidable – but normal – part of aging. According to researchers, we lose about 2 percent of our brain volume every decade that we age.

Researchers found that high doses of B vitamins for two years caused dramatic reductions in brain atrophy. Those with the highest homocysteine levels at the beginning of the study had the greatest benefits, with a rate of atrophy that was only half that of the placebo group. They also experienced improvements in higher cognitive function.

The team concluded that high-dose B vitamins may arrest cognitive decline in those with mild signs of Alzheimer’s disease, thereby slowing the development of the illness.

In addition to vitamins B6, B9 and B12, niacin – or vitamin B3 – can be an important ally against neurodegeneration.

Niacin has been shown to cause improvements in cognitive abilities and overall function. In a study of 6,000 participants published in the Journal of Neurology, Neurosurgery and Psychiatry, researchers found that participants with the highest total intake of niacin were much less likely to get Alzheimer’s disease – and had slower rates of cognitive decline.

In another study, elderly patients with dementia were shown to have lower levels of niacin.

How can I increase levels of protective B vitamins?

Vitamin B6, vitamin B9 and vitamin B12 are all associated with improvements in cognitive function.

Vitamin B6 – or pyridoxine – is vital for the production of neurotransmitters – including serotonin, norepinephrine and melatonin – and is also needed for the absorption of vitamin B12. Good sources of B6 include humanely-raised chicken and turkey; organically-grown brown rice, sunflower seeds, spinach and wheat germ.

Vitamin B12 – or cobalamin – is essential for maintaining healthy nerve cells, and works hand in glove with vitamins B6 and B9 to control homocysteine. It is best found only in animal products, such as wild-caught fish, grass-fed organ meats and pasture-raised eggs.

To avoid deficiencies of vitamin B12, vegetarians and vegans should consider supplementation.

Most natural health experts maintain that the recommended daily amounts of B-complex vitamins advised by the Institutes of Medicine are far too low.

A word of caution: Before making any change to your diet or supplement routine – always consult with a knowledgeable integrative physician.

Thankfully, evidence continues to accumulate: when it comes to reducing neurodegeneration and warding off Alzheimer’s disease – this (above mentioned) roster of B-complex vitamins may very well prove to be your “A team” for disease prevention.