Bank Admits Fiat Currencies Are Failing and Cryptocurrencies May Replace Them 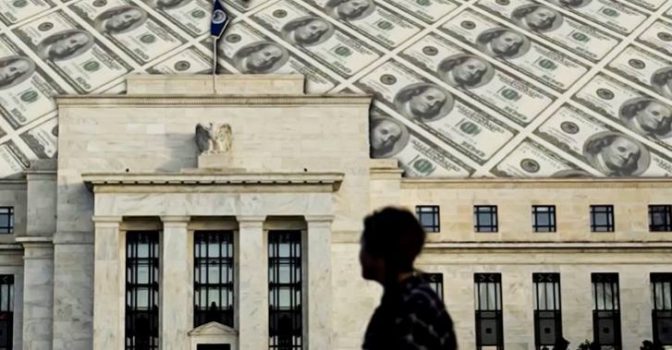 (ANTIMEDIA) — As the transition towards a blockchain based economy continues, the established financial powers are desperately trying to stay relevant. In an attempt to boost their credibility, analysts at Deutsche Bank are finally admitting that state-run fiat currencies are becoming obsolete. For years, blockchain entrepreneurs and other critics of central banking have been branded either conspiracy theorists or criminals. But recently, those controversial opinions about the inevitable changes coming to the world’s financial system are being echoed by mainstream pundits.

Deutsche Bank’s top strategist, Jim Reid, recently articulated a view on the economy that is shared by many but rarely talked about:

“Central banks and governments which have ‘dined out’ on the 35 year secular, structural decline in inflation are not able to prevent it rising as raising interest rates to suitable levels would risk serious economic contraction given the huge debt burden economies face. As such they are forced to prioritise low interest rates and nominal growth over inflation control which could herald in the beginning of the end of the global fiat currency system that begun with the abandonment of Bretton Woods back in 1971.”

The most surprising part came when he acknowledged the crucial role cryptocurrencies may play in the move away from unbacked paper money.

“Although the current speculative interest in cryptocurrencies is more to do with blockchain technology than a loss of faith in paper money, at some point there will likely be some median of exchange that becomes more universal and a competitor of paper money.”

The people’s trust in centralized control of currencies has never been directly challenged on this scale before. Competition in the emerging digital economy between different cryptocurrencies has introduced an alternative monetary system that empowers the individual and rewards based on merit, not special interests.

Any paradigm shift like this is guaranteed to have growing pains, but those who refuse to adapt will suffer most. Even though Bitcoin, Ethereum, and countless other blockchain applications may create tremendous value for years to come, the current volatility is still more than most can stomach. One of the first things new people in the space love and hate is the tendency toward massive swings in price that occur seemingly at random. Those who do decide to get involved need to make their primary focus self-education. Trying to stay objective without understanding the fundamentals behind issues like scalability, forks, different algorithms, and mining incentives will be nearly impossible. The reactions driven by ignorance, greed, and fear are all amplified in these new unregulated markets, meaning there is no safety net for amateurs. These wild fluctuations will eventually level out as broader adoption occurs and the ability for major players to manipulate price diminishes. Before building a large position in crypto, it may be more important to develop a strong understanding of the technology and history.

Many have seen recent attempts by China and the CFTC (Commodity Futures Trading Commission) to regulate ICOs as a negative sign, but in reality, these actions only signal the institutional gatekeepers’ acceptance of this new asset class. The growing acceptance of Bitcoin payments has driven the blockchain revolution thus far, but the technology is just beginning its potential to reform the economy. Major retailers continue to accept payments in cryptocurrencies, and platforms like Exodus are dealing with the complexity that burdens the user experience. Soon, the average person will be able to safely get involved in this new financial frontier without having any technical knowledge or dealing directly with third-party exchanges.

Deutsche Bank, J.P. Morgan, Bank of America, and other pillars of the financial world will continue to play catchup in this dynamic process of decentralization. If the public continues to wait for the opinions of these so-called experts, they will miss the opportunities that lie on the cutting edge of the blockchain market. As the new currencies around the world cut ties with the central banks, it’s crucial for individuals to not leave their financial fate to the once trusted investment experts.