Benefits of Trees in a Sustainable Village 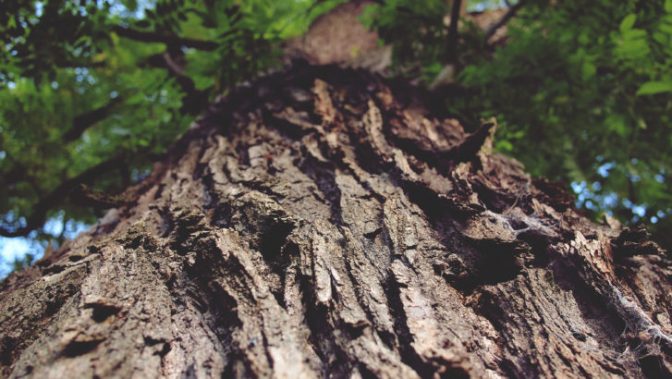 In a world of rapidly diminishing energy and natural resources food must be supplied to humans that use’s the least amount of energy and labor in its production. In a self-sustaining village, possibly over 50% of the needed food, could be supplied by food bearing trees, depending on the size of the trees maybe 30 of them per villager?

In a survival village with a central area where everyone is within close walking distance to stores, living areas and workshops with food bearing trees fully saturating the area so that little of the suns energy reaches the ground.That would maximize the land use and minimize water lose due to evaporation.

Trees limit wind damage in storms (only small trees near buildings) and the supplied shade would keep us cool in the summer.The leaves that fall would be left on the ground to slow water loss and return nutrients back to the soil.Large trees along pathways and smaller ones in-between.

Honey Bees for pollination, honey and wax. Scrounging chickens under the trees, that we would not feed, but would eat whatever they could find, and would keep the insects and ants under control and would be a source of eggs and meat.

The trees will also be a source of bio-fuel when trimmed or replaced with ones that are more productive. The area where the trees grew would have burms around it so that when it rained water would collect as much as say a foot deep and slowly drain into the area under the trees, but could easily be drained by cutting a hole in the burm with a shovel if to much water collected.

The main requirement for a large food bearing tree farm would be their large demand for water and the closer the trees are together the smaller the number of feet of water pipes We will have to maintain.Crops would of course be planted but human labor probably would supply the energy, as machines and animals would be energy cost inefficient.

Weeds that formed around our plants would be left until they grew large enough to become bio-fuel, cutting them off at their base would leave the roots in the soil for its health unless the weed was unsuitable and we wanted to eliminate it from the village.

I am curious about planting corn the way the Indians did; as I understand it they poked a hole in the ground put in a seed a fish and watered it? After picking the corn they left the roots in the ground to maintain the soil. The corn would be separated from the husk saved and eaten, with the husk, leaves and stem dried and saved for heating in winter.

A self-sustaining community needs to combine the skills of our ancestors with the technology of tomorrow, but avoiding uses of energy and natural resources that are non-sustainable.