Biofuels as a Source of Energy 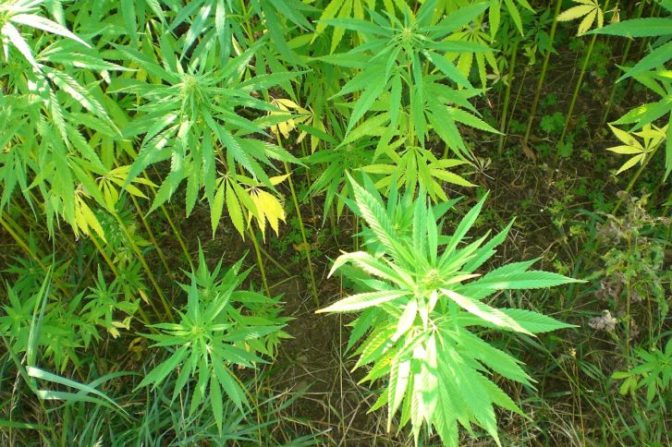 One hundred and forty years ago, the U.S. relied on energy from wood and other biofuel resources for 90 percent of its energy needs. The demand for wood was so great that by the close of the 19th century a shortage of wood was threatening to create an energy crisis.

Fortunately, fossil fuels became widely available and by 1940 only 20 percent of our energy needs came from biofuels. That figure dropped even further during the 50’s, 60’s and early 70’s. However, the energy crisis of the 70’s revived interest in the use of wood and other biofuel resources for home heating and industrial processes. In 1984, biofuels generated 2.7 quads (one quad is one quadrillion British thermal units) of energy in the U.S. (3.5 percent of total energy consumed), almost the same amount produced by nuclear power plants. The use of biofuels is still growing and the U.S. Department of Energy projects that biofuels will produce 3.9 – 4.2 quads of energy by the year 2000.

Biofuels are living organic material such as trees, grass, crops, and seaweed or other algae. Coal, natural gas, and petroleum are fossil forms of biofuels. The energy content of biofuels is derived from the process of photosynthesis. This energy may be released from any form of biofuels by direct combustion or by converting biofuels into charcoal and liquid or gas fuels. The by-products of biofuel conversion can be used for food, fertilizers, and chemicals. Biofuels can be used to produce electricity, heat, steam, and transportation power to reduce the use of conventional nonrenewable sources.

Much of the biofuels now available for energy is waste material left over from other processes. Some typical sources and examples of wastes are:

1) forest products industry: sawdust, bark, paper pulp, wood shavings, scrap lumber, wood dust, and paper.
2) agricultural and food processing industries: fruit pits, walnut shells, rice hulls, corn cobs, manures, and sugar cane bagasse; and
3) municipal: sewage and solid wastes. Converting wastes to energy also solves waste disposal problems.
4) Residues are another source of biofuels for conversion to energy. Examples of forest residues are the wood material or “slash” left in the forest after cutting and harvesting timber, noncommercial timber, and diseased trees. Agricultural residues include corn stalks as well as straw from rice, wheat, barley, and oats.
5) High yield, high energy crops such as sugar cane, sugar beets, and sweet sorghum, or rapidly growing trees such as eucalyptus, willow, and sweet gum can be grown specifically for biofuels. Existing technology for short-rotation forestry can be adapted to biofuel tree plantations. The annual yield of usable material from managed short-rotation tree farms could be as much as 10 short tons per acre (22,000 kg/hectare). Organic materials for biofuels potentially can be grown in nearly every region of the country.

Direct Combustion – This is the simplest and most commonly used biofuels conversion process. Dry forest and agricultural wastes and residues can be chopped, if desired, and burned to produce steam, electricity, or heat for industries, utilities, or homes. Municipal solid waste can be burned like other biofuel feedstocks following appropriate preparation, including removal of inorganic materials.

Wood stoves for home heating, and industrial-scale wood boilers are operating throughout the country and many more will be built over the next decade. Municipal solid waste (MSW) conversion systems also are being constructed by many cities and towns in an effort to alleviate overcrowded landfills. The direct combustion of agricultural wastes is also becoming more widespread. In Florida, sugar cane processors use bagasse, the residue from sugar cane, to generate 98 percent of their energy needs. Steam and electricity are produced for plant operations and excess electricity is sold to the utility.

Pyrolysis – This process breaks down biofuels with heat in the absence of or with reduced available oxygen, or when compared to combustion. Other terms used for this process include gasification and direct liquefaction. Basically, when biofuels are heated in the absence of oxygen, they break down into compounds which are liquid, gaseous, or solid at atmospheric conditions. The liquids produced are like crude oil and generally must be treated before they can be used as liquid fuels. The gases consist of carbon monoxide, hydrogen, carbon dioxide, and lesser amounts of methane, ethane, and other hydrocarbons. The solids are carbon and ash.

In the liquefaction process, the biofuels are heated with a steam/carbon monoxide or a hydrogen/carbon monoxide mixture at high pressure, moderate temperatures, and with a catalyst. The resulting oil contains more oxygen than crude oil and requires extensive refining for uses other than direct combustion.

Biochemical conversion (bioconversion) is a chemical reaction caused by treating high-moisture biofuels with enzymes, fungi, or other microorganisms. These conversion techniques produce either liquid or gaseous fuels. Two processes are used today: anaerobic digestion and fermentation.

Anaerobic Digestion – the controlled decay of organic material in the absence of oxygen. Manure, agricultural wastes, municipal solid waste, paper, seaweed, and algae all can be converted by anaerobic digestion to produce methane gas.

In California, a dairy processing plant uses an anaerobic digester to produce enough biogas to provide 100 percent of the plant’s energy needs while solving a serious cheese waste disposal problem. The plant, which produced 400,000 cubic feet of 70 to 80 percent pure methane, will pay for itself in 2 years. This type of system works best with the high strength waste water produced by breweries, distilleries, and paper manufacturers.

Sewage treatment plants have used anaerobic digestion for many years to generate methane gas. It is also possible to capture and burn the high methane gas formed by naturally-initiated anaerobic degradation of municipal solid waste in old landfills.

Small-scale digesters have been used on farms, primarily in Europe and Asia, for hundreds of years. Recent estimates indicate that thousands of small biogas facilities are in use today in Korea and perhaps one-half million units in China. Many U.S. farms have biofuels available and could use small-scale digesters to supply valuable onsite energy.

An efficient manure handling system, combined with a system for generating electricity which is sold to the local utility, was developed and operated on dairy farms in New England. The digester tank is made of concrete and has a plastic gas storage bag. The gas produced is burned directly in the generator. The liquid digestion effluent can be used as a fertilizer, and the residue cakes as bedding material for cows.

Fermentation – a well-established process in which a living organism (yeast) is used to decompose carbohydrates (such as starches in grain, sugar in the form of sugar cane juice, or molasses) into ethyl alcohol (ethanol) and carbon dioxide. The use of both acids and natural enzymes to convert cellulose into glucose for fermentation is under research. A mixture of 10 percent ethanol and 90 percent gasoline is usable in any internal combustion engine without modifying the carburetor. The fuel ethanol now being widely used is made primarily from grain in conventional distilleries, using methods originally developed for beverage alcohols. The demand for alcohol/gasoline blends is increasing because alcohol can substitute for lead as an octane enhancer.

Methanol-blend fuels also have been field tested successfully; methanol (methyl alcohol) can be produced from biofuels by several processes. Buses fueled with methanol produced from industrial by-products now are transporting passengers across the Golden Gate Bridge in San Francisco. Using methanol in place of diesel fuel almost eliminates sulfur emissions, and greatly reduces other pollutants usually emitted by the buses. The cost of producing methanol from biofuels, however, is not economical.

Five types of “energy farms” specializing in fast growing crops with high energy yields may have potential: silviculture (tree plantations); grain farms for fuel alcohols; freshwater farms growing algae, duckweed, and water hyacinth; marine energy farms; and marginal lands growing grasses, oil-bearing plants, and plants with high hydrocarbon contents. Oils from some plants have compositions similar to that of diesel fuel, while others produce materials that can be refined like petroleum.

Fuels from biofuels will become more widely used only if they are economically competitive with conventional energy sources. The cost-effectiveness of biofuels as an energy resource depends largely on site-specific circumstances. Compared to fossil fuels, biofuels have a low energy content per ton, and they must be used close to their source of production to minimize transportation and handling costs. A guaranteed long-term source of fuel is also essential for any project, especially industrial-scale applications. Finally, the process of converting the biofuels into energy must be reliable, efficient, and cost-competitive with conventional energy-producing systems. The equipment costs for gasification, pyrolysis, and liquefaction must be reduced before these processes will be widely used.

As with any energy option, environmental effects must be carefully investigated to ensure the intelligent use and management of biofuels resources. The benefits of using biofuels for fuel also must be weighed against the benefits derived from using it to create other economically valuable products, or from allowing it to return nutrients to the soil through natural decay. Land use, combustion and processing byproducts, and wildlife effects also should be considered.