Birth is the New Wedding 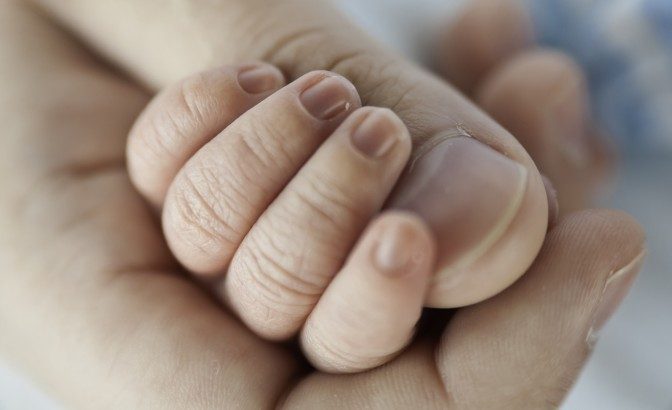 Can we put a price tag on happiness? What about trust, or feeling good about who we are?

How much would those things be worth to you?

Now that we know what we do about human development, we know that the foundational elements of who we are, and how we perceive ourselves and the world that we are in, are imprinted VERY EARLY in our development. Most of it happens BEFORE we are born.

We can’t go back to that time for ourselves, although there is a great body of information that is becoming more and more widespread about how we can regain what I would consider “normal” beliefs and perceptions of who we are through a variety of different therapies – principles based on Bruce Lipton’s groundbreaking discoveries regarding epigenetics and cellular biology, for example.

But wouldn’t it be awesome if we didn’t have to go through all the “reprogramming”? – if we were conscious enough to start at the beginning of life, with the next generations – making sure that they develop with the best imprinting possible, giving them a lifelong gift of immeasurable value? And then what if more and more people decided to do the same? What would happen in the world?

How could we do it, though?

I have a suggestion…

Over the years of working with pregnant women, and having seven children myself – I’ve become very familiar with how “things” work. I also just recently turned 50, so I’m finally figuring a lot of things out…

For example – it’s typical for a couple to plan a wedding for a year prior to the event. It’s typical for friends and family of that couple to adjust their work and living schedules to prepare for and attend the wedding. It’s also typical for each of those friends and family members to spend a significant amount of money for travel expenses to and from the wedding, for gifts for the couple, and for incidental expenses. And then there is the cost of the wedding itself – an obscene amount of money for flowers, venue rental, caterers, gifts, wedding dress…and so much more.

I remember attending a wedding where the cost was well over $100,000 – and yes, it was super fun. But… the marriage lasted for just a few years. The last I heard – the couple were still recovering from a long bloody battle over custody of 2 beautiful, sweet and innocent girls. I often think about the father of the bride and if he thought his money was well spent.

The point is that we don’t question what has become a typical societal practice of spending a ridiculous amount of money on an event that lasts only a few hours, and that doesn’t ensure any long term value to anyone.

I’m not surprised, personally, that this is the “way” right now. We have been living in an unrealistic decadence that had a short shelf life. Overcome with debt and slavery to “the system” just to survive, coupled with a fantasy of marriage and fairy tale weddings from the time we are old enough to sit in front of a tv screen, it makes sense to me that people would continue to engage in this practice as a last hold out in hopes that what they saw in the Disney movies really was real and possible.

Ironically, and conversely – we are filled with fear over BIRTH – something that truly is beautiful and life changing. It would be interesting if the two beliefs were reversed: where we had utter fear over planning and having a wedding, and a lifelong beautiful fantasy over having a baby…

So my proposal to all reading this – is that we take the nice, beautiful, fun aspects of what we usually associate with a wedding, including the costs that go along with it, and transfer it to the PREGNANCY AND BIRTH YEAR.

Let’s break it down further by doing some math…

I know – your head is already spinning! “What if…?” you’re saying to yourself…and yes, keep going! Can you even imagine being given $170,000 to have a baby?? Now THAT is a real dream fantasy that’s worth having!

Let’s just play for a few minutes and go further… let’s say that once you and your partner were sure that you wanted to have children together (maybe a similar commitment as getting married), that you had $20,000 to take a  vacation together to Spain, or Morocco, or Thailand or Iceland – with the intention of conceiving your baby during a really fun, beautiful time of connection together, and then from there, after the conception, you had the amount of money you would need to just live, and grow your baby, hiring others to clean your house, with a private chef that would only prepare delicious, organic food that was available to you all the time. If you were able to do whatever you wanted – whether that was take a nap, or go on a weekend long adventure in nature.

You spent your time creating beautiful art, you gathered with other women to sing, and to laugh, and to talk about the upcoming birth. You had the resources to give birth WHEREVER you wanted to – with WHOEVER you wanted there. You had the resources to create a beautifully decorated THRONE NEST – one that you were so excited about spending time in after the birth with your precious baby. You could have bouquets of fresh flowers in your house ALL THE TIME! You could hire a clothes designer to make clothes specifically for your changing body…the list, like in a wedding, could go on and on…

Knowing what we know about human development – the hormones that would be coursing through your body would be full of happiness and love and anticipation for the arrival of this new person. You would feel safe and secure and happy and loved – and so would your baby.

The difference though, is that while your baby is developing it’s foundational imprinting, these elements will be transferred to it, BECOMING A PART OF WHO THEY ARE. Happiness would be imprinted in their cells. Feeling wanted, and safe, having trust – would be encoded in their organs as they develop. And then throughout the birth and afterwards, being surrounded by and loved by a significant number of friends and family – would give them the much needed sense of BELONGING.

Now that, to me, is money well spent. No matter what. I honestly cannot think of anyone I know that would say otherwise.

While the chances of us each getting $170,000 to have a baby may not seem realistic right now – we can still do the best we can with what we know. And I believe that we, as women – the mothers – really have so much power in how “things are done”. WE ultimately dictate social practices by just DOING them.

What if, when we made a life commitment to a partner, we asked everyone we knew to donate to a baby “fund”, or, more accurately a “building a strong future” fund – instead of gifts, or spending the money on costs associated with a wedding?

What if, in addition to the financial contributions, all the friends and family also pooled their resources together – such as property, vehicles, food, time, etc.? For example, Aunt Sue has a beautiful cabin on the lake that she usually rents out for vacation rentals and is sitting empty. She gifts this property to the new family for one year so that they have no mortgage or rental costs for one year, needing only to pay utilities. And then what if Uncle Scott has an extra car that he doesn’t really use, but is keeping it because he is emotionally attached to it and can loan it to the couple for one year? And then cousin Jessica offers to come to the house every day for 42 days to do laundry, while bringing 2 free dinners from the restaurant that her brother works at. Mom agrees to buy the birth pool, with the condition that she gets it as a jacuzzi for her back deck afterwards! What if cousin Lindsay puts a social media campaign together to gather all clothing and baby needs for one year from the community?

We could get so creative! The point that I’m making – and yes, I used actual names of actual family members that had the actual resources that I listed – but the point is, that we have so many possibilities that we may not be thinking of.

And through the collective effort of the group of people that feel connected to the new baby coming, it’s possible that there would be enough support that both mother and father would be able to take one full year to devote to giving the best to the new baby and family.

There are many options that we have. RIGHT NOW.

This just makes sense – that we begin shifting our focus onto the things that truly have importance and value – that deeply effect individuals, as well as the whole. Engaging in social practices that SUPPORT us all in a real and tangible way.

Let’s start giving a priority to this important time of a new human beings’ life, and come together to support this principle, sparing no expense, with the vision that it will one day be normal and respected by everyone.

Let’s envision together a day where putting as much time, energy and money as we do now into a wedding – into the birth year of a new beautiful soul – is NORMAL and ACCEPTED – and a major part of how we act as human beings together – a practice that is a cornerstone of our traditional life.

Together, we can begin this shift.

Most importantly…let’s just start DOING it ourselves.