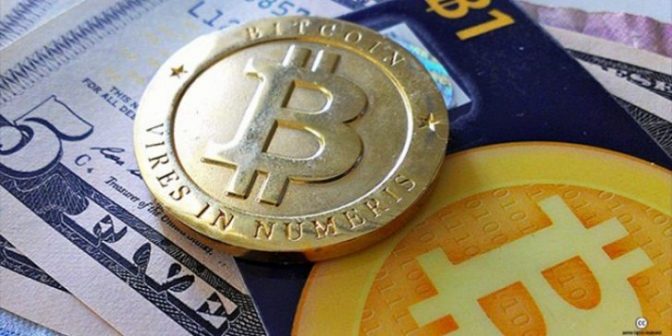 (ANTIMEDIA)  — Just a month after JP Morgan Chase CEO Jamie Dimon slammed Bitcoin, calling the digital currency “a fraud,” the long-time cryptocurrency critic claims he won’t talk about it anymore, according to Bloomberg.

“I wouldn’t put this high in the category of important things in the world, but I’m not going to talk about bitcoin anymore,” Dimon said Thursday as Bitcoin jumped to an all-time high. Dimon later remarked that his own company moves trillions of dollars a day, “effectively digitally,” adding that “It’s not cash.” It’s important to point out that JP Morgan Chase has reportedly tried to patent an alternative to Bitcoin and been rejected — 175 times.

The company has also jumped on the blockchain bandwagon, as Chief Financial Officer Marianne Lake confirmed in response to a question on a conference call with journalists Thursday. “We are very open-minded to the potential use cases in the future for digital currencies that are properly controlled and regulated,” Lake said. “We’re not going to not be part of that conversation. We’ll have to see, it’s quite nascent.”

When Dimon called Bitcoin a “fraud” last month, he also threatened to fire any JP Morgan traders caught trading in the digital currency. “I’d fire them in a second. For two reasons: It’s against our rules, and they’re stupid. And both are dangerous,” Dimon said, spurring a wave of backlash from critics on social media at the time. Some even speculated that the Wall Street tycoon was intentionally trying to drive down the price of Bitcoin. Whether or not that’s true, it’s hard to ignore the fact that Dimon’s warnings against the cryptocurrency are typically followed by a significant spike in value, and this time is no different.

Bitcoin is currently at an all-time high of over $5300, and even Dimon himself thinks it could hit $100K.