The Bizarre Electromagnetic After Effects of Near-Death Experiences 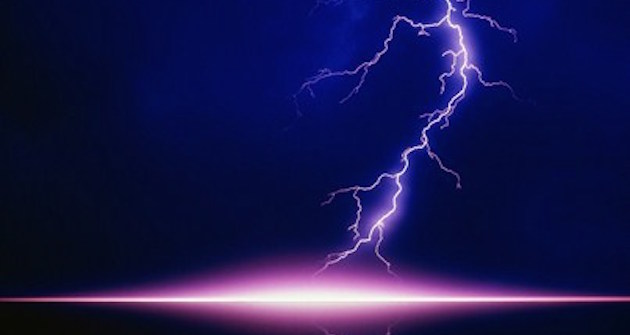 The conversation about near-death experiences (NDE’s) is typically centered around questions about the afterlife and what happens to consciousness should you follow the iconic tunnel of light. Skeptics, of course, look at the various scientific angles, debating whether or not the patient was truly dead, or the research was legitimate, and so on.

Less frequently discussed, however, is what happens to people after a near-death experience, and what changes occur in their psychological and physiological makeup. There are thousands of recorded examples of NDE’s that offer testimony to the possibility of life after death, but what about life after near-death?

“Around eighty percent of the people who experienced near-death states claimed that their lives were forever changed by what happened to them. On closer examination, though, a pattern of surprising dimensions emerged. Experiencers were not returning with just a renewed zest for life and a more spiritual outlook. They were evidencing specific psychological and physiological differences on a scale never before faced by them.” – P. M. H. Atwater, L.H.D.

Researcher P.M.H. Atwater, L.H.D is the author of Dying To Know You: Proof of God in the Near-Death Experience, one of the world’s leading researchers on near-death experiences, and a survivor of 3 NDE’s.

After having interviewed thousands of NDE experiencers for her work, she has moved beyond the curiosity of what lies beyond, and has researched the after effects of NDE’s in ordinary people finding some curious patterns. Common among the after-effects are:

In addition to these notable after effects, the research of P.M.H. Atwater revealed another, more bizarre pattern, indicating that many people undergo rather remarkable changes to their body’s electromagnetic field. Called ‘electro-sensitivity’ this can bring on puzzling, frightening, and even dangerous situations for some of the most sensitive of NDE survivors.

“Since beginning my research of near-death states in 1978, I have consistently noticed that a large majority of experiencers (both as part of my study and in general conversation with them) reported becoming more sensitive to electrical and magnetic fields – disturbances, equipment, devices, wrist watches – after their episode.” – P.M.H. Atwater

This strange and lasting physiological change is seen by the majority of those who experience NDE’s. Most commonly, those who experience electro-sensitivity after a NDE report ‘interference’ with potentially anything electronic in the external environment. Some examples are:

For those who experience this phenomenon, the physiological interference with their environment becomes a part of every day life, and they learn to do things in different ways in order to mitigate any harm they may cause to any electronics or people near-by.

“I have no business wearing watches – neither does my husband. We cannot keep a watch ticking on our wrists, not even if our lives depended on it. Not only are watches involved, in our acquired electrical freak-outs (AEF’s), but we each have our own, peculiar affect on other electrical objects.

Computers – this is a rough one. If too much pent-up energy isn’t dissipated before I touch a keyboard, my computer frequently cuts off, and won’t recover until I remove my hands, and any other part of me that’s touching the computer. Once I stop touching the computer, it flickers back on, and lets me know it stopped responding… If I am emotionally intense, while typing away on my computer, the computer cut-off occurs.  Once I settle my emotions down, it comes back without any errors.

Transfer all this weirdness over to cell phones, actually any phone. And, it doesn’t have to be my phone. I’ve caused my son’s phone to stop responding more than once. He’ll say to me, “Mom!  Stop it!”, and then I will settle my thoughts down, and the darn thing starts working.” – Cathy L. Jones – Near-Death Experiencer

In his book, The Body Electric: Electromagnetism and The Foundation of Life, published in 1985, surgeon Robert O. Becker brought new light on the electromagnetic dimension of the human being, presenting his discoveries that demonstrated the conductive nature of the brain, the skin, tissue cells, and the entire body. A decade later, more pioneering work in the study of the human electromagnetic body was published by Albert Roy Davis and Walter C. Rawls in the book, Magnetism and Its Effects on the Living System, which revealed the polar nature of the human body.

Many are raising awareness of the dangers in electromagnetic industrialization of our world, noting that interference with the body’s natural electromagnetic patterns can seriously effect health, while skeptics claim there is little harm in the amount of electromagnetic radiation introduced by cell towers, wi-fi, smart meters, and so on. The phenomena of electro-sensitivity, if more closely examined, may give more insight into just how pliable the human electromagnetic body really is, and the connection between the energy body and the spiritual dimensions of human existence.

The human subtle energy body is a tangible reality for many who practice meditation, yoga, or the internal martial arts. It is remarkable that there is such a connection between near-death experiences, which which commonly involve bright, radiant, white light, and changes in electro-sensitivity. A near-death experience is considered by many to be a ‘spiritual’ experience, so, could resulting electro-sensitivity be validation of the experiences of many of the world’s sages and mystics who believe life and spirit to be comprised of ‘energy.’ Could this also indicate that our universe is predicated on the physics of electricity after all?

“From the smallest particle to the largest galactic formation, a web of electrical circuitry connects and unifies all of nature, organizing galaxies, energizing stars, giving birth to planets and, on our own world, controlling weather and animating biological organisms. There are no isolated islands in an electric universe.” ~David Talbott and Wallace Thornhill, Thunderbolts of the Gods

This article is offered under Creative Commons license. It’s okay to republish it anywhere as long as attribution bio is included and all links remain intact.