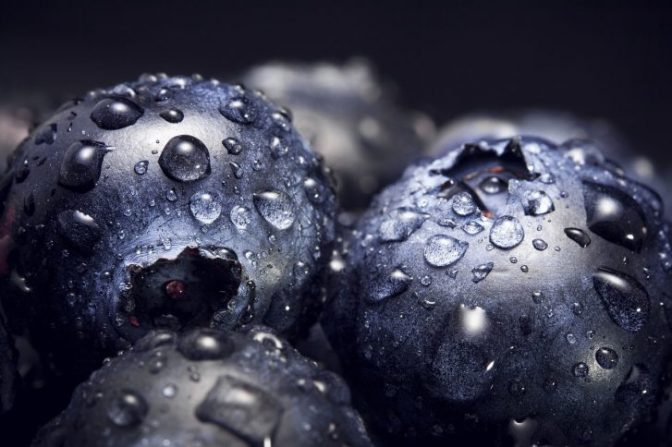 (Naturalhealth365) According to the U.S. Centers for Disease Control and Prevention (CDC), over 12,000 women in the United States are diagnosed with cervical cancer each year and told they need surgery, chemotherapy or radiation therapy – as a common treatment. Unfortunately, most cancer patients are never told about the better results from consuming blueberry compounds.

Recent research has focused on attempts to identify radiosensitizers – or non-toxic, natural substances that can make radiation more effective – and (you guessed it) blueberry extract is emerging at the forefront – with a new study showcasing its ability to work along with radiation to combat cervical cancer.

Study results are in: Blueberry extract combined with radiation can destroy the majority of cancer cells

In a study of human cancer cells conducted at the University of Missouri, researchers found that combining blueberry extract with radiation increased the treatment’s effectiveness.

Study leader Yujiang Fang, M.D., Ph.D., an academic pathologist and assistant professor of microbiology and immunology, set the stage for the study with earlier research showing that resveratrol – a polyphenol found in red grapes as well as blueberries – could be utilized as a radiosensitizer to treat prostate cancer. Because blueberries are rich in other antioxidant polyphenols as well, the team was curious to see how a blueberry extract would perform.

The team found that radiation decreased cancer cells by 20 percent, while the blueberry extract group was decreased by 25 percent. The biggest decline in cancer cells – 70 percent – was seen in the group that received both.

The focus of the study was the effect upon cancer cells of a combination of blueberry extract and radiation. And, the duo had a phenomenal success rate, destroying close to three-quarters of cancer cells.

But one wonders if another part of the story – the exciting results in which blueberry extract not only equaled, but exceeded, the effects of radiation – received proper attention.

Radiation has been the gold standard of treatment for cervical cancer. Yet natural, non-toxic blueberry extract was demonstrably more effective (in this study, at least) in killing cancer cells.

The team reported that the extract suppressed a pair of molecules, cyclin D and cyclin E, that encourage the cancerous transformation of cells. In addition to limiting cancer cell proliferation, the blueberry extract caused cells to undergo apoptosis, a type of programmed cell “suicide.”

And, it accomplished this without causing any harmful side effects. (The same can’t be said of radiation, which can damage healthy surrounding cells along with the malignant ones – and cause side effects such as fatigue, nausea, diarrhea, abdominal pain and bowel obstruction).

Professor Fang concluded that blueberry extract has potential as a natural treatment option to boost the effectiveness of existing therapies.

This study gets supported by earlier research

The new study was not the first to show cancer-fighting effects of blueberries.

In a review conducted by the Department of Nutrition, Food and Exercise Sciences at Florida State University, the authors noted that blueberries inhibit the production of pro-inflammatory molecules, thereby helping to defeat formation of malignant tumors.

The authors also credited blueberries with combating oxidative stress and DNA damage, increasing apoptosis and reducing cancer cell proliferation. Plus, other studies have shown that anthocyanins in blueberries slow the progression of cancer by blocking angiogenesis – the creation of new blood vessels to nourish tumors.

In a review published in 2016 in Antioxidants, researchers credited blueberries with inhibiting the growth of both colon cancer and prostate cancer cells. And, finally, studies have shown that diets supplemented with blueberries reduce the size of tumors in rats with esophageal cancer.

Anthocyanins have been shown in studies to suppress pro-inflammatory molecules such as interleukin and COX-2, while ellagic acid inhibits a signaling pathway associated with cancer development.

While the highest amounts of polyphenols are found in fresh, wild-grown blueberries, cultivated berries offer major benefits as well. Of course, you should always opt for organic berries to ensure that they are free of harmful chemical pesticides.

As a healthy tip: you can sprinkle blueberries over pancakes and cereals, blend them into smoothies, or eat them out of hand as a sweet, refreshing snack. If buying fresh blueberries is too inconvenient or costly, you can also obtain the benefits of blueberries in extracts or powder form.

Whether you consume fresh blueberries or a blueberry extract, you can be confident that you are accessing the benefits of one of nature’s most potent disease-fighting nutrients. The ability of blueberry extract to outperform radiation should serve to galvanize researchers to further explore the powers of this small-but-mighty food.