Transforming the Earth: A New Paradigm, Disclosure, and Ascension – Part 1/3 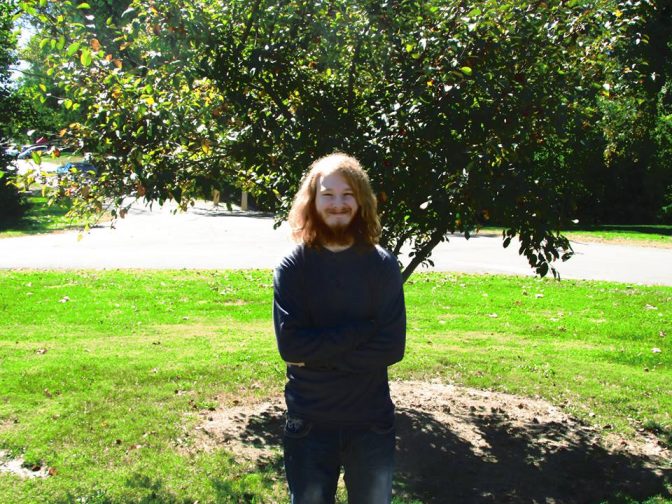 Note from the Editor:  Here is the link to this original article found on Wes’ Culture of Awareness Blog: http://cultureofawareness.com/2014/08/26/transforming-the-earth-a-new-paradigm-disclosure-and-ascension-part-13/

Wes Annac is a brilliant young writer and if you would love to help and provide support please go to this website and sign up for his newsletter to donate if  at all possible.

This is Part One of this beautiful article and I will post the links to Parts Two and Three which will be found on the original Blog at the end of this article for your convenience.  Please enjoy – JD

We’ve reached an unprecedented time in our history and our social development. Together, we’re creating a new paradigm; an era rooted in harmony and advancement instead of conflict and chaos.

We’re preparing to see what the next phase in our evolutionary growth will present, and we’re on the verge of welcoming a wealth of miraculous and revolutionary changes that’ll completely transform the limited manner in which we’ve viewed ourselves and the world around us.

Our awareness of ourselves and the universe is growing every day.

Those of us who’ve become aware of spirit and the necessity to cease warfare and various other destructive things in the name of coming together and running this planet as a unified body are doing everything we can to spread this knowledge and the liberation that comes with it, because it’s become our responsibility.

Governments and regimes are collapsing – in some cases, for the purpose of installing other despotic leaders who’ll work with the hidden hand behind the United States government, but in others, positive reforms are taking place that are displaying the progress humanity’s starting to make.

Leaders who aren’t on the side of the ‘elite’ are starting to work in their citizens’ best interest, displaying that governments and ruling bodies don’t have to be corrupt to thrive. All over the world, widespread protests are occurring that serve to put the public spotlight on atrocious human rights violations and various other important issues.

We’re learning about the poisons that are added to our food by multinational GM food companies, and various other ongoing conspiracies against the people are being unraveled.

I could outline plenty of things that point to the direction we’re heading in, but instead, I’d like to look at what some other seekers have said about our new paradigm and the events and circumstances that are ushering it in. First, we’ll take a look at some of the more general features of this new paradigm.

Then, we’ll talk about the event that’s been called ‘disclosure’, which is a complete secret-spilling on the part of various governments and institutions who’ve perpetrated massive cover-ups for decades, ranging from the existence of extraterrestrials and UFOs to the elite’s plan of genocide and enslavement of the population.

There’s a lot we haven’t been told, but now, we’re peeling away the collectively enforced illusion that our governments profit from. Despite all of the horrendous things that have been done and planned against us, we’re creating a new way of life that recognizes and embraces spirit and the higher qualities that’ll lead us home.

Meg Benedicte describes the new paradigm we’re on the verge of creating.

“We are at the brink of a New Age…an age of hope and re-construction. At the epicenter of this New Age is a heart-warming movement of human empathy and unified vision. We are no longer satisfied with building up our egos and feeding the insatiable beast inside.

“We realize after centuries of war and destruction that we are not any more secure. And it has taken a devastating toll on the human spirit! But now the seeds are sprouting, we are moving into a new direction…it is the beginning of a New Age as we rebirth a New Earth.” (1)

This movement is gradually making its way into the minds and hearts of humanity, she tells us.

“So why is this happening now in our history on this planet? Why are we now convinced that something is missing and it has nothing to do with acquiring the latest gadget? What has motivated many thousands of souls to reflect on the deeper meaning of life, and to reconsider how they pursue joy and personal fulfillment?

“The new movement is beginning to enter into the mundane thought forms of the masses, by ways of the media and entertainment, in our philosophical dialogues, and in our conversations at Starbucks.

“How else do we explain the influx of awareness regarding health and wellness, yoga and meditation, aromatherapy and organic food, grassroots online organizations, progressive ideas and inventions, forums of individual opinion (blogs) … all rising out of the growing unity consciousness.

“It is truly amazing to be witnessing this movement and to join its powerful birth!” (2)

We’re waking up and exiting the self-instated slumber that resulted in separation from our essence.

“At this time in human history, we are coming out of a deep sleep of separation from the very essence of life itself. As we wipe away the mental fog of confusion and dissolution, we are being given the opportunity to peer into an alternate path, a human reality unknown to generations before us.

“It exists in the higher realms of spirit. And it is available to all who pursue union in their hearts – union between the human and the soul. It requires a dedication to the pursuit of Wholeness.” (3)

Union and open-heartedness are all that are required for us to reap the flowing benefits of a connection with spirit, and those of us who feel led to live in love and express the resulting joyful emotions to everyone around us are, in many case, brimming receptors for spirit’s energy and inspiration.

We’re changing the planet with every kind act; every good deed, and whenever we act on a selfless impulse to help others, the planetary consciousness rises. We strengthen our already strong movement of love and harmony with every positive and loving thing we do, and as we’re starting to learn, we’re the only ones who can hold ourselves back.

We’re the only ones who can stop ourselves from creating and enjoying this revolution of love, and the cabal or any other force will be powerless to stop us when we’re all awake and aware of the most important, progressive changes that need made.

We’re turning away from the corrupt, self-serving mindset that’s common on earth, according to Meg.

“In this New Age of reconstruction we no longer aspire to join the ranks of the spiritually bankrupt, the emotionally vacant up-and-comers who pursue wealth and power at all cost. It has become unsavory, distasteful. We’re awake now, and watching the greedy grab for more, as the wave of human consciousness cries out ‘Stop!’” (4)

We’re ready for all of the hatred and uncaring to come to an end, and we have to be the ones to bring it to an end by refusing to let it into our perspective. We have to be willing not to act on the greedy or selfish impulses we receive from the ego, and the aforementioned openheartedness will make it much easier.

We’re the pioneers of this new way of life, so let’s start pioneering it. Let’s do everything we can to live in love and refuse to give in to the self-serving qualities that have already corrupted so many people, because our future depends on it.

As time goes on, the cabal will receive the sweet justice that awaits them, Meg tells us.

“We can feel the injustice viscerally in our bodies, as our hearts ache and our minds recoil. We now realize that we are all connected, in ONE human race, and no one can get away with rapacious, unjust behavior without harming the Whole.

“The unchecked greed of a few is destroying the world as we know it, and the karmic wave of justice is sweeping through and toppling their ‘house of cards.” (5)

As she also tells us, the signs of our ongoing revolution are everywhere.

“The New Age is upon us and forming now.

“As the old World Order collapses under the weight of injustice, we are witnessing the power of the people [as they] challenge and demand a new system for human life. You can hear it on the news, see it online, read it in print media, listen to conversations all around you – the people have spoken and they demand a New Earth. The signs of Ascension surround us!” (6)

While a lot of people have made their voices heard, a lot of people still need to stand up for what they know is right and fair. For this movement to be strong, all of humanity will have to be awake and aware of the changes that need made, and we’ll have to be comfortable being vocal about these changes.

Our governments clearly have no interest in working in our favor, so the responsibility falls on us to start running this planet in the name of love and progress. We’re ready to change the defunct manner in which our society operates, but we’ll have to keep in mind that a lot will be required of us.

Even when everyone works together, we’ll still have a lot of important and perhaps difficult tasks to complete, but it’s nothing we can’t handle. If humanity’s proven anything so far, it’s that nothing is impossible, and with the power of spirit by our side, we’ll be infinite.

Meg then tells us about the ‘perfect storm’ for spiritual awakening that’s taking place.

“As the world financial and governing systems collapse under the pressure for change, a new hope arises. For those who are awakening from centuries of excessive consumption and spiritual dis-connection, the Universe has provided a ‘perfect storm’ for massive human evolution.

“As the planet aligns within the Galactic Core of our Milky Way galaxy, we have within our grasp the seeds for hope and transformation. A New Earth is birthing!” (7)

We have these seeds within our grasp, as Meg said, but we’re responsible for watering them; for doing the work that’s required to bring our planet and civilization in the light. We have the potential to do anything we put our minds to, and if we water our seeds with grace and patience, our fruits will be far bigger than we expected.

All that’s required is a little bit of momentum, and from there, everything will flow like magic. Our new society will be created relatively easily when we’re all enthusiastic about building it, because we’ve proven that enthusiasm takes us very far.

If we’re willing and excited about something, we’ll get it done quickly. We’ll have to be patient when it comes to constructing a new society that operates in our best interest, but our work will be more enjoyable than what most of us currently do anyway.

Here is the Link to Part Two: http://cultureofawareness.com/2014/08/27/transforming-the-earth-a-new-paradigm-disclosure-and-ascension-part-23/

Here is the Link to Part Three:  http://cultureofawareness.com/2014/08/28/transforming-the-earth-a-new-paradigm-disclosure-and-ascension-part-33/