BREAKING: Church of England Admits it ‘Colluded’ to Cover-Up Decades of Child Rape 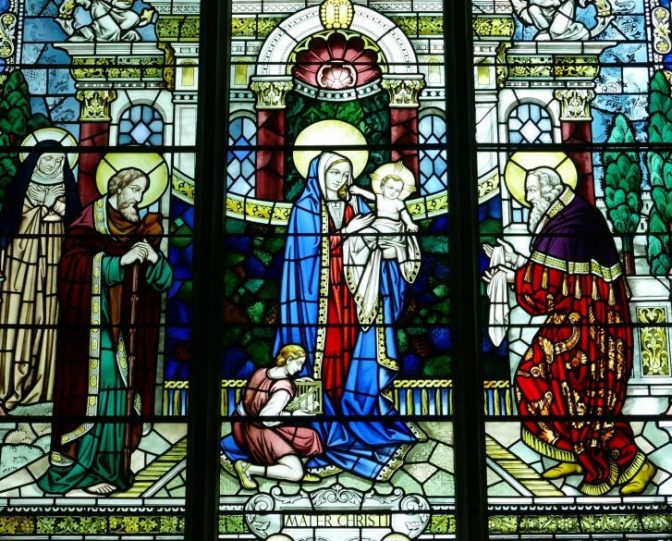 The Church of England has just conceded that they conspired to cover up and conceal decades of child sexual abuse by its high-level members.

London — In one of the most damning admissions to date by the Church of England, the head of the church admitted they “colluded” with and helped to hide the long-term sexual abuse of children and young men.

On Thursday, Archbishop of Canterbury Justin Welby apologized to the victims who spoke out and helped bring their attacker to justice. However, according to the report on how the church handled the case, as well as the slap on the wrist ex-bishop Peter Ball received for decades of abuse, ‘justice’ is a loosely thrown around term.

According to the AP, Welby ordered the report after Ball was convicted and imprisoned in 2015 for misconduct in public office and indecent assaults against teenagers and young men over a period of 20 years.

Despite admitting to sexually abusing 18 people, this serial child rapist was let out of prison after only serving 16 months.

Welby’s report noted that Ball’s conduct “caused serious and enduring damage to the lives of many men,” and that “the church at its most senior levels and over many years supported him unwisely.”

After admitting that the church not only looked the other way for decades, the report also concedes that they helped to hide the abuse.

“The church colluded and concealed rather than seeking to help those who were brave enough to come forward,” Welby said.

“This is inexcusable and shocking behavior,” he said, according to the AP, adding that while most of what happened took place years ago, “we can never be complacent, we must learn lessons.”

As the monarch is the supreme governor, it can be assumed that it took part in the cover up as well.

Until Welby became the Archbishop of Canterbury, the church has had a long and sordid history of silencing those who claimed they were abused by its members.

Independent investigators have been examining files as far back as the 1950s and Welby hopes this independence will prevent any possibility of more cover-ups.

“We will systematically bring those transparently and openly first of all working with the survivors where they are still alive and then seeing what they want,” Welby said. “The rule is survivors come first, not our own interests, and however important the person was, however distinguished, however well-known, survivors come first.”

In spite of Welby’s intentions, Keith Porteous Wood of the National Secular Society noted that it doesn’t go far enough, especially given the church’s influence over the police and Child Protective Services.

The problem wasn’t that bishops weren’t trained in such matters, it is the institutional culture of denial and the bullying of the abused and whistleblowers into silence. One report suggests that 13 bishops ignored letters written in the 1990s warning of abuse by Ball on behalf of a victim who later committed suicide. I have seen evidence that such bullying persists to this day. I hope that the Archbishop’s review into the case of Peter Ball will deal with such bullying and what appears to be the undue influence exerted on the police and CPS by the Church in dealing with this case. The total failure of procedures, outlined by Ian Elliott, echoes that revealed in the totally damning Cahill Report about the conduct of the Archbishop Hope of York in respect of Robert Waddington. The current Archbishop of York has decided that this report should remain in printed form rather than be more widely available on the web.

As the Free Thought Project has pointed out on multiple occasions, pedophilia among the elite and clergy is rampant. The problem has gotten so bad in England that officials issued an order earlier this year to stop naming streets and landmarks after local heroes and politicians because they could later be exposed as pedophiles.

In February, the Free Thought Project reported on the fact that the police chief came forward and confirmed that the former Prime Minister of England, Sir Edward Heath, had raped dozens of children. The department also noted how those within the government helped cover up these crimes.

When these monsters are exposed, as Ball’s case illustrates, they receive little to no punishment. This glaring lack of punishment leads one to speculate as to why the legislative bodies are allowing it. Are they perhaps worried that people like Ball will expose their crimes too if they receive anything less than a slap on the wrist?

Take a Peek Into the History Books

The good news is that because people are refusing to be silenced, the coverage of human trafficking even hit the mainstream this year in a horrifying episode of Dr. Phil. A former victim, who was born into the sex trafficking trade, came forward to implicate high-level government officials as well as police and civilians in their role in the trade.

Even Netflix has begun to expose this horrid problem with their new series The Keepers, which exposed a decades-long practice of clergy, police, and politicians abusing countless children.

While Netflix and Dr. Phil have done a huge service to society by exposing this reality, we have a long way to go to end it. Pedophilia and child trafficking is a very real issue and those who attempt to discredit it and sweep it under the rug are either horribly incompetent or complicit.

This problem will not go away through ridicule and name calling. We must shine light into the darkness through refusing to be silenced. We must stand for those who are too scared to come forward and we must be the voice for the voiceless. Please share this story with your friends and family so that they may see the real horror of what goes on behind the well-connected political scenes in this country and others. Until enough people become aware, none of this will end.