BREAKING: Keystone Pipeline Shut down After Leaking 210,000 Gallons of Oil 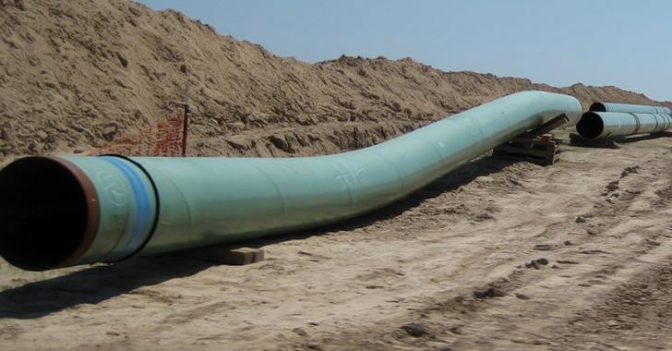 (ANTIMEDIA) — The contentious Keystone Pipeline has been temporarily shut down after a 210,000-gallon oil leak was discovered in South Dakota.

“Brian Walsh with the Department of Environment and Natural Resources tells KSFY News they were alerted to the leak at 10:30 a.m. Thursday morning by TransCanada.

“The leak was in the Keystone Pipeline located in an agricultural area in Marshall County. There have been no reports of the oil entering any waterways or water systems at this time.

“The pipeline has been shut off and the leak has been covered. An emergency response plan has been activated to get more staff and contractors to the site for clean up.”

The Keystone Pipeline, which carries crude oil from Canada’s tar sands to American refineries, has been a source of contention for years and was suspended under the Obama administration. One of President Trump’s first acts in office was authorizing the construction of both the Keystone and Dakota Access pipelines.

Environmentalists and Native American groups in the U.S. and Canada opposed both projects. The recently completed Dakota Access Pipeline also experienced a leak, albeit a smaller one, earlier this year, joining numerous other pipelines across the country that have had spills in 2017.