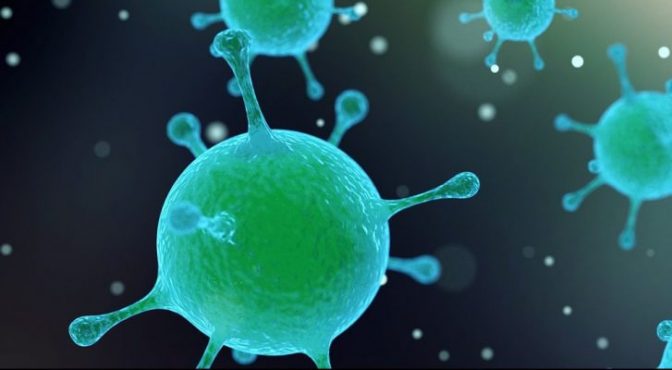 (NaturalHealth365) For decades, neuroscientist Olle Johansson, PhD has sounded the alarm about the dangers of artificial electromagnetic frequencies (EMFs). Dr. Johansson has continually warned us that the bombardment of microwave radiation coming from wireless computers, cell phones and even those so-called ‘smart’ meters (being installed on homes to measure energy usage) can cause almost unimaginable harm to human health, including cancer.

Now, with the advent of 5G technology and its related “smart devices,” the potential disease-causing effects are escalating at ridiculous rates. To make matters even worse, these health risks are being systematically downplayed or ignored by many (greedy) telecommunications industry officials, (spineless) government health authorities and (corporate-controlled) politicians alike.

Exposing the suppressed truth about EMF pollution and its health risks. On the next NaturalHealth365 Talk Hour, Jonathan Landsman and Dr. Olle Johansson, a world-renowned expert on EMFs, reveal the scientifically-validated hazards of microwave radiation generated by cell phones and other wireless devices plus, what to do about it. If you’re concerned about relentless exposure to radio frequencies generated by the wireless industry – do NOT miss this highly-informative program.

Expert opinion: EMFs are linked to cancer and Alzheimer’s disease

Dr. Johansson teaches the public about the invisible microwave radiation that passing through our bodies (due to wireless technology) and how its chronic stress-effect can lead to grave consequences, including the development of cancer, dementia plus a variety of neurological and immune-related disorders.

In fact, he says that the current rise in various cancers, allergies and asthma that plague modern society can be directly linked to the increased deployment and use of wireless networks throughout the 20th and 21st century.

Now, imagine the potential for health threats that will be created by the pending 5G network – which will necessitate the building of hundreds of thousands of new cell towers!

Dr. Johansson’s interest in microwave pollution dates back to the late 1970s, when he “by chance” overheard a radio program that alerted him to the plight of newspaper employees in Sweden. The workers were experiencing visual problems, headaches – and even miscarriages and birth defects – following the introduction of computers and video display terminals into their office.

Dr. Johansson – who was then head of the Experimental Dermatology Unit at the world-famous Karolinska Institute – investigated, and noted a constellation of symptoms that included skin problems, chest pain, memory loss, fatigue, headache, dizziness and nausea. Reporting that the damage was similar to that caused by ultraviolet radiation, Johansson deemed the syndrome “screen dermatitis.”

In his groundbreaking work, Johansson was able to demonstrate that radiation from computers causes detectable changes in the skin of “normal” people – those who do not exhibit any other symptoms of electrosensitivity.

To learn more about this topic and, most importantly, how to minimize your exposure – join us on the next NaturalHealth365 Talk Hour with Jonathan Landsman and Dr. Olle Johansson.

Dr. Johansson has long maintained that EMF pollution causes cellular changes – and suggests that cell phone use could be spurring the rise in asthma and allergies. Mast cells, which produce histamine in response to allergens, double their output in the presence of cell phone frequencies.

In addition, he notes that microwaves can cause toxins to cross the blood-brain barrier and initiate Alzheimer’s disease and dementia – thereby creating the perfect storm for a prematurely senile population.

And now, just-published research reveals yet another potential threat from EMF pollution …

A shocking new study published in the international peer-reviewed journal Dose Response demonstrated that bacteria exposed to mobile phone and Wi-Fi radiation turned resistant to antibiotics. Dr. Johansson warns that this phenomenon could exacerbate the growing problem of antibiotic resistance – which has already been deemed a “global health crisis” by the World Health Organization.

Don’t miss the next NaturalHealth365 Talk Hour, because as Dr. Johansson points out: “we have no built-in protection against microwaves.” But, when properly educated, we can minimize our exposure.

Olle Johansson, PhD is a neuroscientist, writer, researcher and electrosensitivity pioneer. With over 40 years of work experience at the Karolinska Institute in the Department of Neuroscience, Dr. Johansson has published more than 600 articles, reviews, book chapters, statements and commentaries within the fields of basic and applied neuroscience, epidemiology and biophysiology.