Can Your Village Get To Zero Waste? 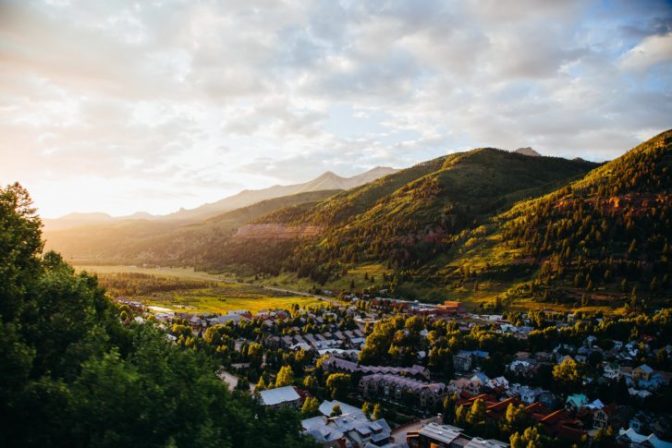 Diligent recycling enthusiasts have set new targets to eliminate waste being sent to landfill sites. After years of recycling products like paper, cans, plastic and clothes, the new goal is to get to zero waste; to stop the garbage truck from visiting your neighborhood.

Zero waste projects are popping up all over the world and some are proving that this is a manageable goal.

Kamikatsu has almost reached the desired zero waste position, with householders sorting all waste into 36 recycling containers. After disposing of all food and garden waste in the mandatory composters, all villagers are required to sort everything else into different types. Plastic bottles are sorted separately from plastic tops. Metals are sorted and a buyer found for all the products so they are taken away to recycling plants to emerge as something else at a later stage. Nothing is wasted. If the recycling plant cannot prove they’re recycling everything, they don’t get to take anything away from the village.

All this hard work does come at a price; the local garbage collection company misses the village altogether, because there’s nothing to send to the landfill. A second price to pay is villagers’ remorse. Some 40% want to end the scheme saying it takes up too much of their time to sort so vigorously. They have had enough although they do agree with recycling; just not in their house and not so much. But since they are outvoted by the other 60%, they can’t change the village’s stance.

The zero waste plans began in 2003 with a 17 year target of ending landfill and incinerating completely. The initiative started almost by accident as new laws saw their two incinerators shut down. Rather than purchase a new eco friendly incinerator, they decided not to have anything to burn instead.
http://commons.wikimedia.org/wiki/File:Landfill_Hawaii.jpg
One down side from preparing their waste is cleaning everything before it’s divided at the recycling centre and that includes plastic bottle tops and beer cans. This uses water and chemicals so they plan to use the water again and use chemical free cleaning agents. The village people also have to drive their garbage to the recycling zone by car using gas and releasing carbon emissions.

Residents now drop off their materials before going to work and it’s become a way of life. They haven’t yet managed a true 100% as a few residents have refused to help in the experiment. Also, items like batteries have to be transported to central regions for recycling. Glass and ceramic wares are still buried in landfills and any clothes not swapped with other residents or sent elsewhere for use have to be burnt. The residents agree they haven’t reached their 100% target, but in just a few years they’ve managed to get to over 80%. They have to rearrange their buying habits to remove the final 20%.

Vancouver is also on the zero waste trail. The city has looked at the millions of tons of waste it generates each year, most of which is transported hundreds of miles away to landfill sites and the massive carbon footprint. (Who knows, celebrity cruises could become a thing of the past.) The authorities are taking zero waste ideas out into the villages to show people how to adopt the recycling methods children have already been taught: reuse, reduce, recycle. In fact they’ve extended the slogan by adding refuse so citizens can learn ways to refuse excessive packing from stores and cut unnecessary excess by not accepting it into their homes in the first place.

They intend to adopt a seven stage plan:
1. Nurturing a zero waste culture for all residents.
2. Starting a reducing and refusing precedent in stores and restaurants through lending and sharing facilities to eventually eliminate all junk.
3. Food collection from all sources to rebuild soil and hopefully generate bio-gas.
4. Introducing a culture of responsibility for the total life cycle of any item for consumption.
5. Providing easily located recycling facilities to make recycling trouble-free.
6. Introducing compulsory recovery and refuse requirements as part of the building code.
7. Ensuring all activities affecting the economy think green by making goods that are durable, reusable and recyclable, before they hit the drawing board.
Zero waste villages will grow organically. What’s your village doing?