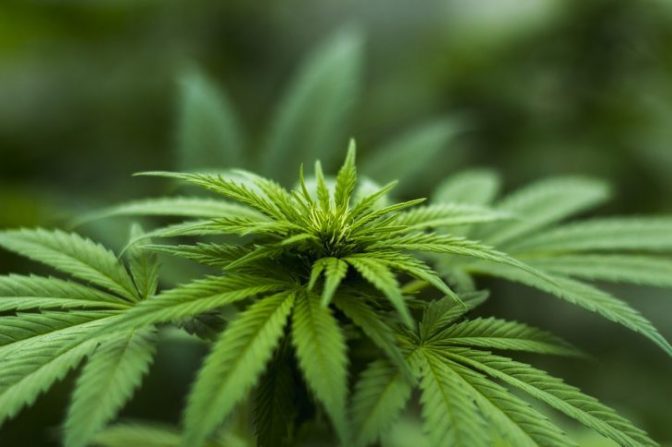 (NaturalHealth365) Over the past five years, the infection rates for MRSA, or methicillin-resistant staphylococcus aureus, have doubled. Yet, we know that cannabinoids can help address this serious health threat. In fact, the scientific proof is stunning! (a perfectly safe solution is available – now)

According to the Centers for Disease Control and Prevention (CDC), MRSA affects 94,000 Americans each year, and claims the lives of over 18,000 – a grim testimony to the ability of bacteria to mutate and become impervious to antibiotics that were formerly effective. With researchers scrambling to discover novel ways of combatting drug-resistant pathogens – new research offers hope.

Recent studies have shown that the constituents found in medical cannabis can aggressively combat the MRSA pathogen.

Cannabinoids (CBD) are fatty acids that occur naturally in the cannabis sativa plant. They are also found naturally – in the form of endocannabinoids – inside the human body, where they help govern immune function, appetite, sleep, memory, cognition and the perception of pain.

Researchers have long known of the antibacterial properties of cannabis. Preparations from cannabis were investigated in the 1950’s as highly active topical antiseptic agents for the mouth and skin.

Research has now progressed to the point where scientists can identify specific cannabinoids, and their effects. And, although the U.S. federal government views cannabis as illegal – cannabinoids are showing great therapeutic potential in pre-clinical trials.

Cannabinoids could hold the key to defeating MRSA

According to a report published in the Journal of Natural Products, five major cannabinoids extracted from the cannabis plant have powerful antibiotic ability against 6 different strains of MRSA.

MRSA is highly resistant to many drugs, including fluoroquinolones, a family of synthetic broad-spectrum antibiotics. Yet tetrahydrocannabinol, cannabinol, cannabidiol, cannabigerol and cannabichromene – marijuana’s five most common constituents – were found to be particularly active against the pathogen.

Although cannabidiol and cannabigerol were the most powerful against MRSA, tetrahydrocannabinol (THC) – the psychoactive principle in marijuana – showed potential in combatting and reducing the lesions caused by MRSA infections. Researchers noted that topical application of cannabinoids to reduce skin colonization appeared to be the most promising avenue for fighting MRSA.

In addition to acting against MRSA, cannabis derivatives appear to have another intriguing ability – combatting infectious agents in the brain.

One cannabinoid targets the rogue proteins behind fatal neurodegenerative conditions

Cannabinoids have also been shown to inhibit the formation and accumulation of misshapen proteins known as prions.

Rogue prions are responsible for neurodegenerative conditions such as Mad Cow disease and Creutzfeld-Jakob disease. By changing and infecting “normal” prions, misshapen prions cause infection to spread throughout the brain.

Variant Creutzfeld-Jakob disease (VCJD) – the human equivalent of mad cow disease – is a rare but fatal and incurable condition that can be spread through contaminated beef. Amantadine, steroids, interferon, antivirals and antibiotics have all been employed against VCJD – with little success.

Yet, one specific cannabinoid is showing impressive potential to combat the condition.

What does the research show?

In animal studies, researchers found that cannabidiol, or CBD, targets rogue prions in cells. In a study published in the Journal of Neuroscience, cannabidiol – when injected in infected mice – limited the accumulation of prions in the brain, inhibited their neurotoxic effects and increased survival time – while causing no toxic side effects.

Cannabinoids produce a wide variety of physical and emotional benefits

It’s worth noting: CBD contain no psychoactive principles. This allows the compound to provide therapeutic benefits without the dysphoria or lethargy that THC may cause in some individuals.

Cannabinol, or CBN, has pain-killing and anti-inflammatory qualities as well. This cannabinoid shows particular promise as a treatment for insomnia. It also appears to be anticancer, with current research focusing on CBN’s ability to inhibit the growth of malignant cells.

Researchers are also looking into the potential for using mixes of cannabinoids as cheap and sustainable preservatives and antibacterial agents for cosmetics and toiletries.

As scientists learn more about identifying, isolating and developing therapeutic cannabinoids from marijuana, these intriguing compounds could emerge as premier natural therapies of the 21st century.