Can’t Afford Solar Panels? Here’s How Some Organizations Are Making Them Free 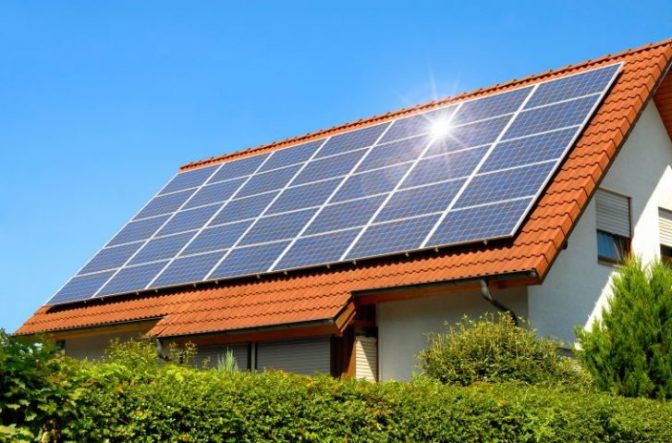 The government would like as many people as possible to switch to solar because it’s cheaper and better for longterm economic strength. So what’s the hold up?

The cost of going solar is typically expensive. In order to get more people to go solar, governments around the world are establishing programs to incentivize the development of solar and other renewable energy sources to help fight global warming, among other things.

The Solar Investment Tax Credit (ITC) in the U.S., for example, currently provides a 30% federal tax credit claimed against the tax liability of residential, commercial, and utility investors in solar energy property. It allows the homeowner to apply the credit to their personal income taxes. “This credit is used when homeowners purchase solar systems outright and have them installed on their homes. In the case of the Section 48 credit, the business that installs, develops and/or finances the project claims the credit,” a statement on Solar Outreach explains.

There are various other initiatives working to ensure solar powered energy continues to makes its way into everyone’s homes. Oakland, California nonprofit Grid Alternatives, for example, is an organization that implements solar power and energy efficiency for low-income families. They currently have ten regional offices and affiliates serving all of California, Colorado, New York, New Jersey, Connecticut, Washington D.C., Virginia, Maryland, and Delaware. They also have staff on the ground in Nicaragua.

One California resident, Kianté London, used the program to put panels on his three-bedroom home.

“It helps me and my family a great deal to have low-cost energy, because these energy prices are really expensive,” explained London. “And I wanted to do my part. It’s clean, green energy.” He had wanted solar for years, but couldn’t afford it before. This new program paid the entire up-front cost of his array, however.

“These systems are saving families money every month for food, for clothes, for medical expenses,” noted Julian Foley, communications director for Grid Alternatives.

The organization, which targets working-class communities, is using $14.7 million raised through California’s cap-and-trade system to reduce greenhouse gas emissions. “That system forces factories, power plants, oil refineries and other large businesses to buy credits for every ton of carbon dioxide and other heat-trapping gases they pump into the atmosphere,” reported David R. Baker. Grid Alternatives plans to install arrays on more than 1,600 California homes by the end of 2016.

So what’s the catch?

Most homeowners are asked to provide small contributions for the installation, like feeding the crew or agreeing to help with the process themselves. But otherwise, it’s completely free. And the arrays are thought to save homeowners anywhere from $400 to $1,000 per year on electricity, depending on where they live.