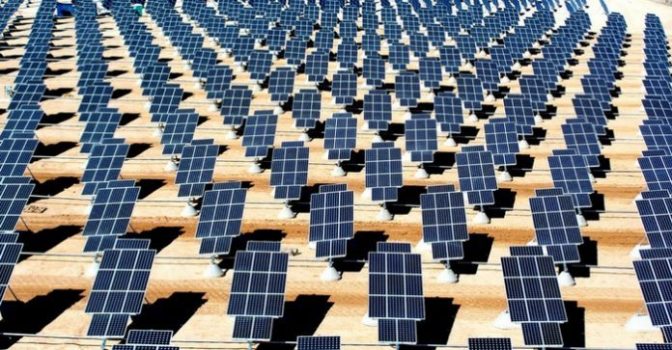 (ANTIMEDIA) India — Last week, Anti-Media reported on a recent economic forecast from Bloomberg, one that predicts the United States’ coal power capacity will be about half of what it is now by the year 2040.

“This year’s report suggests that the greening of the world’s electricity system is unstoppable,” the annual forecast reads, “thanks to rapidly falling costs for solar and wind power, and a growing role for batteries, including those in electric vehicles, in balancing supply and demand.”

The report further predicted that even countries like India and China, which are heavily invested in coal, will find by the early 2020s that renewable energies are a far cheaper and more efficient route.

It seems Bloomberg may be on the ball with this one, as it was reported Wednesday that the world’s biggest coal company is shuttering three dozen mines and won’t build any more plants after 2022. From an article by The Independent:

“The largest coal mining company in the world has announced it will close 37 mines because they are no longer economically viable.”

“Coal India, which produces around 82 percent of India’s coal, said the mines would be decommissioned by March 2018.”

The Indian government says renewables will generate 57 percent of the country’s power by 2027, and a February report from the Energy and Resources Institute found that if the price of green energy continues to fall at the current rate, India could phase out coal completely by 2050.

Tim Buckley, director of the Institute for Energy Economics and Financial Analysis, says shifts of this magnitude will be felt around the world:

“For the first time, solar is cheaper than coal in India and the implications this has for transforming global energy markets are profound.”